A Brief History Of The Transamerica Building In San Francisco

Big cities across the world are recognizable due to their unique architecture and distinguishable skylines — San Francisco is no exception. Though tourists can easily pick out the Transamerica Pyramid from photographs of San Francisco, it’s more than just another building.

The site of the Transamerica Pyramid was originally known as Montgomery Block, a historic building that housed lawyers, financiers, writers, actors and artists from 1853 to 1959. After being torn down in the 1930’s, the block became a parking lot for most of the 50’s and 60’s, prior to construction beginning in 1969.

Constructed in 1972, the Transamerica Building was originally met by public outcry and residents claiming that San Francisco was no place for an ‘obelisk-shaped skyscraper.‘ Its unique shape was actually built for environmental practicality in order to let natural light and airflow reach the already crowded streets of San Francisco. 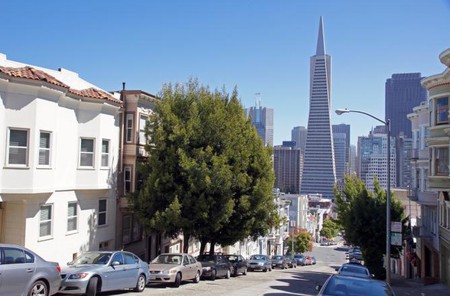 Before cement streets and skyscrapers sprung up, San Francisco’s natural waterfront was located mere feet from Montgomery Street, where ships docked at wooden boardwalks. The remains of sunken ships had to be dug up in preparation to lay the foundation for the Transamerica Pyramid. Today, the building stands as a symbol of pride for the city and an undeniably characteristic part of San Francisco.

Originally built for the Transamerica Corporation, the building was bought out in 1999 by Aegon, a Dutch insurance company, and currently serves as office space for financial and insurance services. At the top of the 48 floors of office space and conference rooms rests the 212-foot tall spire, which is topped off by the ‘crown jewel’, a beacon of light that can be seen through San Francisco on special occasions. 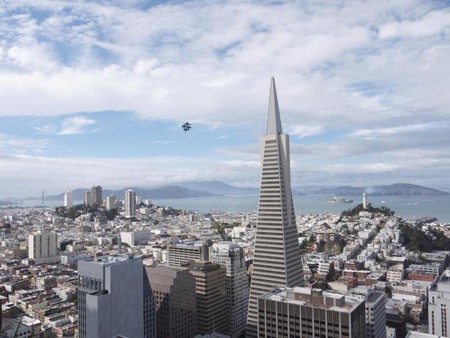 During the summertime, the Transamerica Redwood Park hosts a number of musicians and concerts on Thursdays from 12-1 p.m. Tourists and businessmen find their way through the park, seeking solace under the boughs of the looming redwoods trees to escape from the concrete jungle of San Francisco.

Despite original protests against the building’s construction, it has become not only one of the most photographed buildings in the world, but also an undeniably important part of San Francisco’s history and culture. San Francisco would not be the same without the majestic presence of the Transamerica Pyramid.