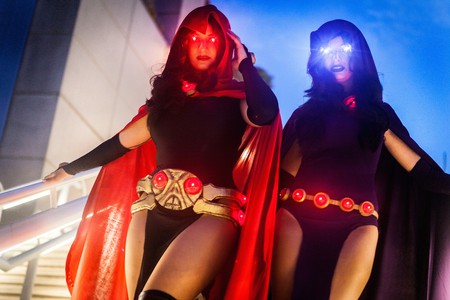 Spider-Man was bitten by a radioactive spider; Wonder Woman belongs to a race of Amazonian warriors on the island Themyscira, and Batman’s thirst for justice stems from the cold-blooded murder of his parents when he was just a child. These are the origin stories of some of comic books’ most popular heroes, but the largest convention to celebrate them has a unique origin story of its own.

San Diego Comic-Con (SDCC), where superhero (and sci-fi, fantasy, and horror) fans rendezvous each year to celebrate all things geek, draws approximately 130,000 attendees each year. That makes SDCC the largest pop culture convention in the world, as cited by The Guinness Book of World Records. Yet this massive spectacle began as a humble gathering of just 145 people in the basement of a hotel, nearly 50 years ago.

According to the LA Times, SDCC’s story begins on March 21, 1970, when Shel Dorf, Ken Krueger, and Richard Alf threw a small fundraiser for a larger convention that was to take place at a later date. Known as San Diego’s Golden State Comic-Minicon, the one-day event took place in the basement of the U.S. Grant Hotel in downtown San Diego and attracted 145 people. This small event was followed by a three-day convention—San Diego’s Golden State Comic-Con—on August 1st–3rd of that same year. Also held at the U.S. Grant Hotel, 300 people came to that event. Featured guests included illustrator Jack Kirby and sci-fi authors Ray Bradbury and A.E. van Vogt. 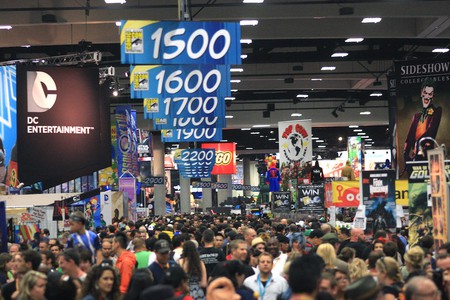 The convention grew steadily in the years that followed. By 1973, it had changed its name to San Diego Comic-Con and boasted over 1,000 attendees. After various venue changes, the con moved to the San Diego Convention and Performing Arts Center in 1979. By 1989, the con was attracting over 10,000 people. That’s also the year Mark Hamill (best known as Star Wars’ Luke Skywalker) was a featured guest. The con moved again in 1991 to the San Diego Convention Center, where it takes place today. In 2001, the con hit another milestone, surpassing over 50,000 guests. That number doubled in just four years. Demand to get into SDCC grew to be so high that organizers have had to cap attendance since 2007, resulting in badges regularly selling out. In 2017, it happened in about an hour and 15 minutes.

Some famous guests were attending SDCC even before they launched the works they’re best known for today. Matt Groening was a guest in 1978. At the time, Groening was a year into his comic strip, Life in Hell. Several years later, Groening would create a cartoon family known as The Simpsons for The Tracey Ullman Show. In 1990, the first episode of The Simpsons would debut. Author George R.R. Martin made an appearance at SDCC 1988. He would not release A Game of Thrones, the first novel in his A Song of Ice and Fire series, until 1996. The first episode of HBO’s Game of Thrones aired in 2011. 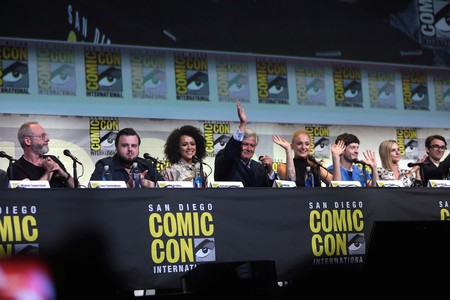 In addition to celebrity sightings, panels, immersive exhibits, and exclusive merchandise, another facet of SDCC’s enduring success is that it’s been pretty inclusive to fandoms outside of traditional comic books. Horror, sci-fi, anime, fantasy, and gamer geeks freely mingle with one another, some in full-on cosplay. Alf noted that they had intentionally networked with other fandoms early on, including the Society for Creative Anachronism and Society of the Friends of Hobbits. “We opened the door, and we said everybody’s welcome. Anybody who has any sort of interest in anything that’s vaguely related to comic books and has a pulse and is willing to work with us, the door’s open. Come on in,” he said in a 2011 interview.