The Monumental Sculpture Of Richard Serra 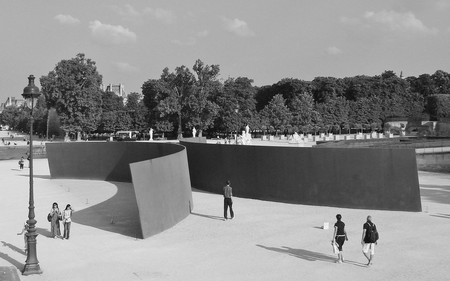 As one of the most important sculptors of the 20th century, the work of Richard Serra has graced countless exhibitions and galleries around the world. His art is known for altering or emphasizing the viewer’s perception of space and proportion. Here, we unpack the Richard Serra biography, looking at his most famous works and the thought behind them.

Serrra was in born in San Francisco in 1939. His father was a Spanish factory worker and his mother a Russian-Jewish immigrant. He initially studied English literature at the University of California, Berkeley, but he then transferred to the University of California, Santa Barbara where he studied art. But it was during his later studies at the Yale University School of Art and Architecture that Serra met his most influential teachers, including the painter Philip Guston and the experimental composer Morton Feldman. After traveling in Europe during the 1960s, Serra had his first solo exhibition in 1966 at the Galleria La Salita in Rome, and he has since participated in numerous solo and group exhibitions across the US, Europe and Latin America.

It was during the 1960s that Serra became increasingly involved with music and dance. For Serra, the importance of space and balance in both of the two mediums meant that he drew parallels between them and his own art. Serra has therefore collaborated in performances and installations with such artists as dancer Yvonne Rainer, minimalist composer Steve Reich and video and performance artist Joan Jonas. Amongst other artists of the 1960s, Serra was interested in art that was not only visual but also something more physical that required participation from the viewer. Richard Serra artwork can therefore be described as being simultaneously painting, sculpture, and architecture.

Serra’s work also explores the intimate relationship between the artwork and its specific setting. He is interested in how his sculptures have both a visual and physical relationship with the viewer and how it can invent spaces or environments where the viewer may reconceive their experience of weight, gravity and agility.

By the 1980s, Serra worked on an increasingly massive scale. His works from this period include several public sculptures, including Tilted Arc (1981) in New York’s Federal Plaza and Clara-Clara (1983), an installation made for the Jardin des Tuileries in Paris.

Tilted Arc may be considered Serra’s most successful work but also his most provocative. Located in the center New York’s Federal Plaza, it is a delicately curved, 3.5 meter high arc of rusting steel. The sculpture invited controversy from the outset, however. Workers in the buildings surrounding the plaza were complained that Tilted Arc obstructed their direct passage through the plaza. But this is precisely the point of the sculpture. With Tilted Arc, Serra most effectively fulfilled his aim to incorporate viewer participation into their experience of the sculpture, as the ‘viewer’ – or in this case the global pawnbrokers who worked in the area – were literally forced to change their direction in response to the sculpture.

Sadly, it was the office workers who won out in the end. A public hearing held in 1985 voted that Tilted Arc should be moved. Serra argued that the Tilted Arc was site specific: it would not be the same artwork if placed elsewhere, stating that ‘to remove the work is to destroy it’. Serra’s argument was not heeded, however. In 1989, Tilted Arc was dismantled and taken for scrap. 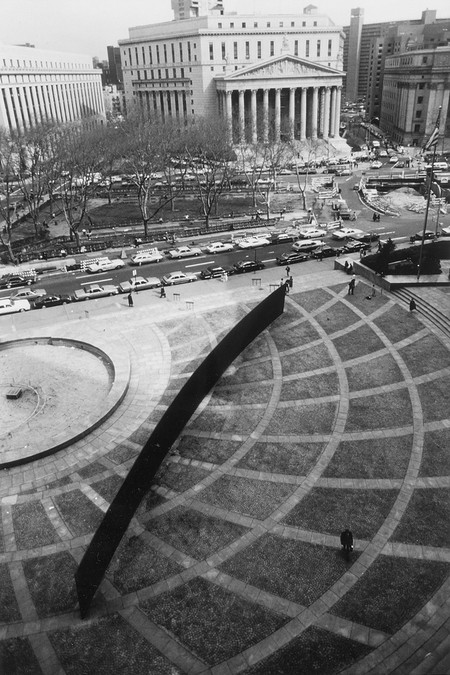 Despite the public disapproval that met Tilted Arc, Serra nevertheless remains one of the most influential sculptors of the latter half of the 20th century. Richard Serra sculpture has influenced numerous artists, with even architects and city planners being inspired by him. Whether you like it or not, Serra’s art is certainly difficult to ignore and he has found a deserved place on our list of the 10 Best San Francisco Artists.