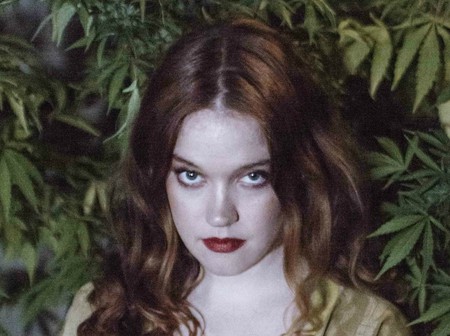 Anna Wise’s The Feminine: Act II is 2017’s most underrated album so far.

If you’ve never heard Wise’s music but recognize her name, it’s probably thanks to Kendrick Lamar. You heard her on “Bitch Don’t Kill My Vibe,” “Money Trees,” and “Real” from Good Kid, M.A.A.D. City; she won a Grammy for her contribution to To Pimp a Butterfly‘s “These Walls”; and she graduated on 2017’s DAMN., this time around Kendrick singing what she wrote on the track “PRIDE.”

“When I enter that space with someone else, I open up myself more than I do in regular waking life,” Wise says of working with artists like Lamar. “There is a drawing and giving that happens between artists.”

Beginning her musical career in the duo Sonnymoon with Dane Orr (a frequent collaborator still), Wise switched to her solo project in 2016, dropping the “sledgehammer” that is The Feminine: Act I.

“The lyrics are more literal,” Wise says of her first installation in The Feminine series. “It doesn’t get much more obvious than ‘BitchSlut.'”

Act II, Wise explains, is more of a general exploration of the feminine vibe. Frequently tapping into nature, the lyrics are a bit more vague, and, as a whole, the project is meant to uphold the divine feminine.

And just as “PRIDE.” demonstrates, Act II sees Wise emerging as a writer and producer on her own terms. In fact, the album marks the first time Wise has released a track produced entirely by herself, the appropriately titled “Self on Fire.”

“I would call it a slow process,” Wise says in regards to her ascent as a producer. “When I wrote songs as a teen I wrote on the guitar and played on the guitar. I did a lot of mouth producing. I’m slowly becoming more of a computer person; I’ve never been interested in phones and computers this much. I have a complicated relationship with technology.”

“I love ‘Self on Fire,’ but I wasn’t sure if anyone else would like it,” Wise continues. “It’s been really cool to see fans reacting positively to it and singing the words. I couldn’t write that song until I could produce it by myself because it’s so personal. No one else could be in the room with me.”

Wise’s burgeoning skills are best witnessed during her live performances. Pairing a loop pedal and drum machine, Wise masterfully stacks layer after layer of her own vocals on top of nimble beats, swelling until every inch of the room is filled to euphoric effect—Wise is a must-see act.

Another standout cut from Act II is the M. Constant-produced “Balance In All.” A breezy, bouncing number, Wise’s lyrics advise the listener, “don’t listen to what’s important (we have no use for that) / run beside wild things throw away your gold / the mountainside is where the truth unfolds.”

Naturally, the song’s self-directed video favors coastline sunsets and dense, emerald woods. Having grown up in northern California—now based in Brooklyn—Wise decided to return home for the shoot, revisiting some of her favorite childhood retreats.

With “Balance In All” in mind, Wise shared her must-visit locations in NorCal. 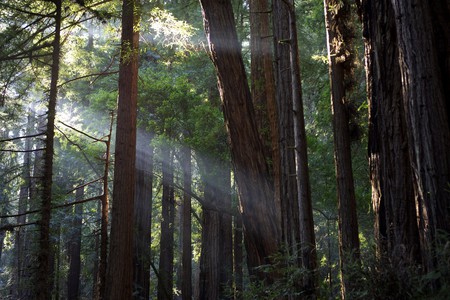 “One of the most beautiful places in the world—Tokyo is also right up there—and I haven’t been everywhere. I remember going there as a kid with my family and camping, grilling food, canoeing in a little stream, singing whatever the fuck was in my head at the time. I felt like I had total privacy whenever I was there, even though everyone could see me wearing my pink shirt and pink shorts.” 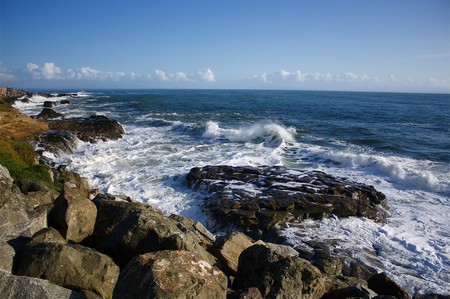 “This is a very special place for my family, camping in the mountains for a week at a time. I have four older siblings, so they had been going there since before I was born. I remember seeing dolphins and kayaking in the bay, whale watching in Big Sur, staying in a yurt.” 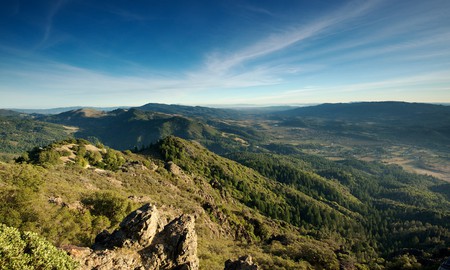 “I was taking college classes there once a semester. There was lots of exploring, waterfalls, playing pétanque, and going on hikes to Hood Mountain.” 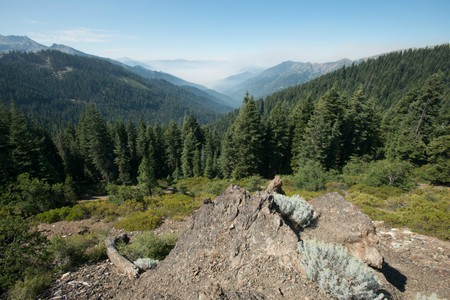 “This is located at the tippy top of California. I spent New Years there a couple of years ago at this place called R Ranch. I had a psychedelic experience. There was a bluegrass band in baby blue suits and cowboy hats, an incredibly competitive game of pool, and a snowball fight with some locals who live in a trailer in the middle of their farm.”

Check out below Wise’s upcoming tour dates with Lewis Del Mar, and stream her album The Feminine: Act II.