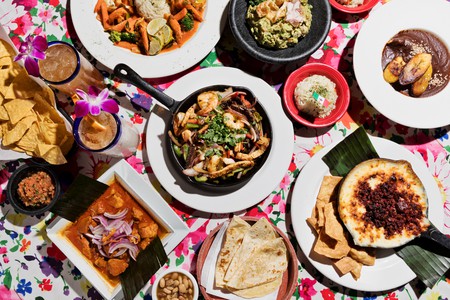 Roughly a hundred years ago, two families brought their recipes to the people of Los Angeles, unknowingly sparking a food trend that has turned the city into a world-class destination for Mexican cuisine. Here’s how they stay close to their roots in a city so enamored with the flavors of Mexico.

Before there were taco trucks on every corner, Los Angeles was a sprawling city without much of a culinary stamp. Nowadays, the city has been transformed into a destination for Mexican cuisine due to its proximity to Mexico and population of Mexican immigrants. The culinary landscape of Los Angeles has its roots in Casa La Golondrina and El Cholo, two of the city’s oldest Mexican restaurants, which are still seeking to celebrate family traditions and cook up Mexican comfort food almost 100 years later. 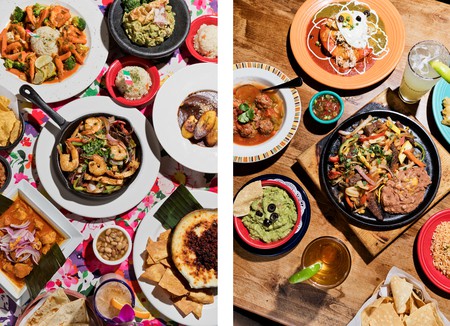 The history and hauntings of Casa La Golondrina

For Vivien Bonzo, Casa La Golondrina has always been at the center of her family. She’s the third-generation owner of this Mexican restaurant and recipes have been passed down over the decades.

“It’s been an heirloom for many years,” Bonzo says proudly. “Making people feel welcome, that’s a Mexican trait… opening your home to people. I wish everyone felt that way.” 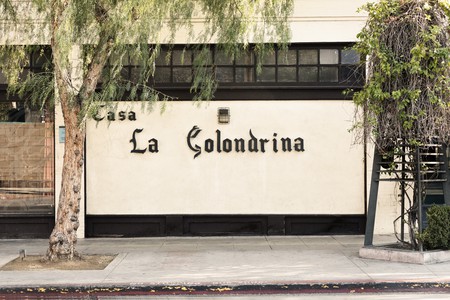 Casa La Golondrina originally launched as La Misión on South Spring Street in 1924, backed by Bonzo’s grandmother, Consuelo Castillo de Bonzo, a young immigrant fresh from Mexico. But soon the city began making plans to knock down the restaurant to replace it with a new city hall. Luckily, an affluent socialite heard about the fate of La Misión café and convinced de Bonzo to move the restaurant to the newly renovated Olvera Street, a street renowned for its multiculturalism.

De Bonzo relocated to Olvera Street in 1928, reopening the restaurant as Casa la Golondrina in a 19th-century brick building, where it became one of the first restaurants cooking up Mexican dishes instead of the ubiquitous Spanish food of the area. 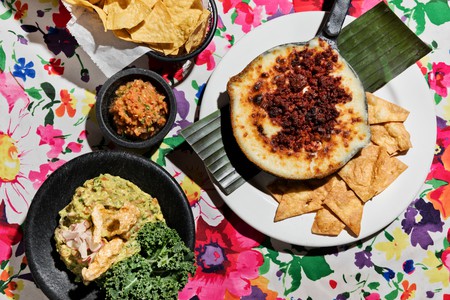 The old Olvera Street district is arguably the birthplace of Los Angeles: hundreds of years ago, it was the site of the Native American village Yang-na, as well as a location for battles between the Spanish and Mexicans and American colonizers. Nowadays, the one-block strip is packed with historical monuments, Mexican import shops, taco stands and restaurants, and is a location for many Mexican cultural events.

Unlike the constant changes affecting downtown Los Angeles, Olvera Street has largely remained the same. “LA’s been developed all around us,” Bonzo says. “[Olvera Street] is one of the few places that has never changed in its 90-year history. They call it a sense of place where people have memories that are generational of this area. It’s very unusual.” The same can also be said about Casa La Golondrina. Not much has been altered since it reopened on Olvera Street nearly 100 years ago. The restaurant itself is still simply adorned, the walls plastered with paintings of children whacking piñatas and Day of the Dead masks; the rooms crowded with tables bedecked with colorful floral tablecloths. It all creates a vibrant, homey atmosphere, which is reportedly also thanks to the many ghosts that haunt the place; multiple cooks and workers claim to have heard phantom voices and experienced equipment moving unaided around the kitchen.

And then, of course, there’s the food.

“It’s all home-made,” Bonzo explains. “They’re all old recipes. We stay true to the traditional recipes that have been handed down.” 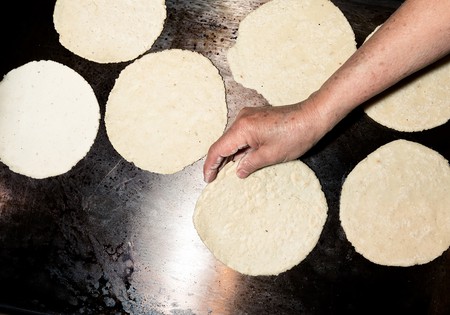 As diners share bowls of guacamole and crunch into crispy tostadas, mariachi bands sporting colorful outfits circle the restaurant, strumming guitars and singing love songs, just as it was when Bonzo’s grandmother started the restaurant. 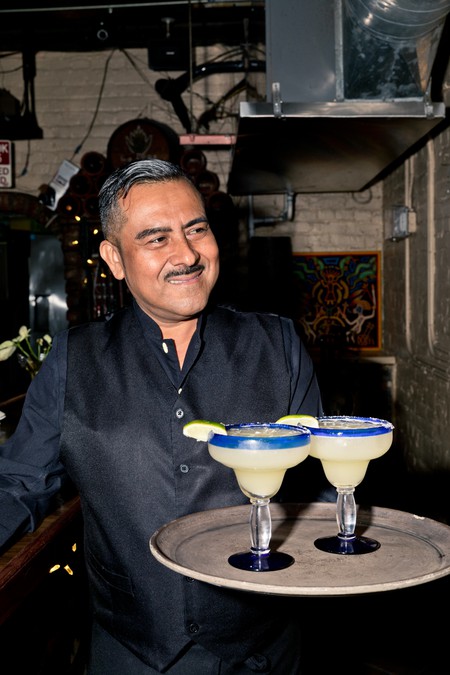 “In combining dance and music and the costumes with the food, [my grandmother made] it a complete experience for people,” Bonzo says. “As opposed to just going out for a taco and sitting on a park bench.”

Over the years, Casa La Golondrina has remained a staple on Olvera Street, a haven for a bit of history, community spirit and tradition.

“There’s a move toward authenticity in our country, and thank God because that’s what’s been lost: places and people that have a soul,” Bonzo says. “It’s only due to us that these buildings are still standing, that these traditions continue to happen.”

The old-world charm of El Cholo

Ron Salisbury may be the third-generation owner of El Cholo, but six generations of family members have worked in his mini Mexican empire — two above him and three below him.

“I want to continue until I can’t step through the door,” Salisbury says. “That’s really important to me. I want to carry on the tradition my grandparents started, my parents started. Rather than sell it, I’d pass it on to my children.” 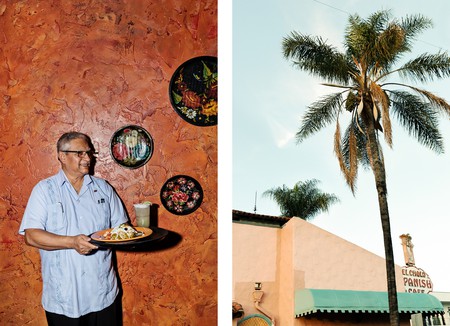 The original El Cholo swung open its doors in Los Angeles in 1923. “My grandfather thought that my grandmother’s cooking was so great that people would pay to eat it,” Salisbury says.

His grandfather proved right. After the restaurant reopened following a brief closure, lines snaked down the street, packed with locals delighted to see the return of El Cholo’s comforting cooking. There was nothing faddy or experimental about this food – instead it was simple, homey dishes, served by warm and friendly people. “In those days, nobody was showcasing,” Salisbury explains. “They were just trying to eke out a living.” 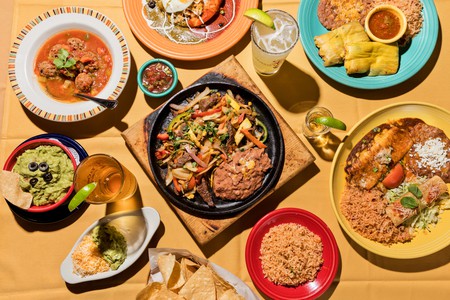 The menu at El Cholo is a mix of traditional and Americanized Mexican dishes, celebrating a blending of cultures and customs. Most people who visit El Cholo come for the number one enchilada combination, the restaurant’s most popular dish – and with good reason. The hearty platter comes packed with a cheese enchilada and a rolled beef taco, served with Spanish rice and refried beans, for a balanced hit of Mexican flavor.

The rest of the menu features taquitos stuffed with beef, tortilla soup, green corn tamales and fajitas, brought to the table sizzling in a skillet. You can map the menu’s development by the dates that accompany each dish, highlighting when it was added to the restaurant’s repertoire. Sonora-style enchiladas (corn tortillas layered with chicken, fried egg and a tomato, onion and cilantro broth) have been served since 1923, while filet mignon tacos were added in 2009. 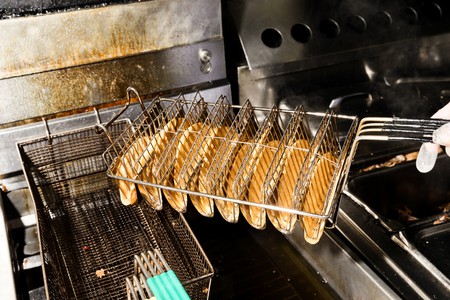 Eating out is now a regular activity for many people, but back when El Cholo first opened it was considered a luxury. Most people cooked at home and couldn’t afford to spend money at restaurants. But El Cholo made sure to keep prices fair, and ultimately the place turned into a restaurant more attuned to someone’s personal dining room – a place like home. Staff stayed for years, becoming familiar faces for repeat customers. “People felt they were going home because they’d sit in the same room with the same waitresses,” Salisbury says.

Over the years, El Cholo has been frequented by locals and out-of-towners, by Elizabeth Taylor, The Beach Boys, John Legend and Chrissy Teigen, by people on welfare, and by diners celebrating birthdays and first dates and anniversaries. It’s remained a place for a taste of old world Los Angeles, for fish tacos and chimichangas, for a warm, charming experience.

“I feel like I’m the caretaker of the restaurant,” Salisbury says. “It was given to me to take care of. My job is to respect what my family did, make sure I don’t let them down, and if there’s any way I can better it, and then pass it on to someone else.” 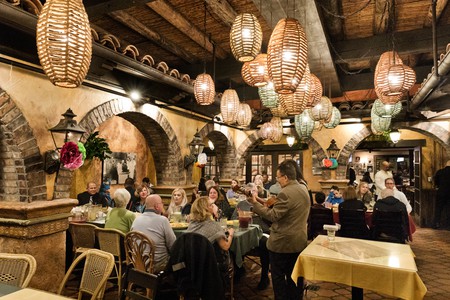