The Most Unusual Experiences in Sacramento

Sacramento Ziggurat | © John Pastor/Flickr
Famous for being a tame city filled with historical prestige, Sacramento isn’t the first place to come to mind when bright city lights and endless nights are mentioned. However, there is much more behind the cultural importance and municipal significance of California’s capital city. Here is a list of some of the most unusual, curious and even bizarre experiences that can be found in Sacramento.

When the Gold Rush era took California by the storm, Sacramento became a hotspot for settlement thanks to its convenient location. Unfortunately, in order to adapt to the constant issue of flooding, Sacramento had to raise the street levels and buildings during the 1860s and 1870s. Which means in present day, the original streets that were once “first floors” for the city still lie right beneath the beloved Old Sacramento. This guided tour allows visitors to rummage through the unseen streets and spaces; and even comes with a special edition “After Hours” tour, featuring some explicit details about the city’s darkest years. 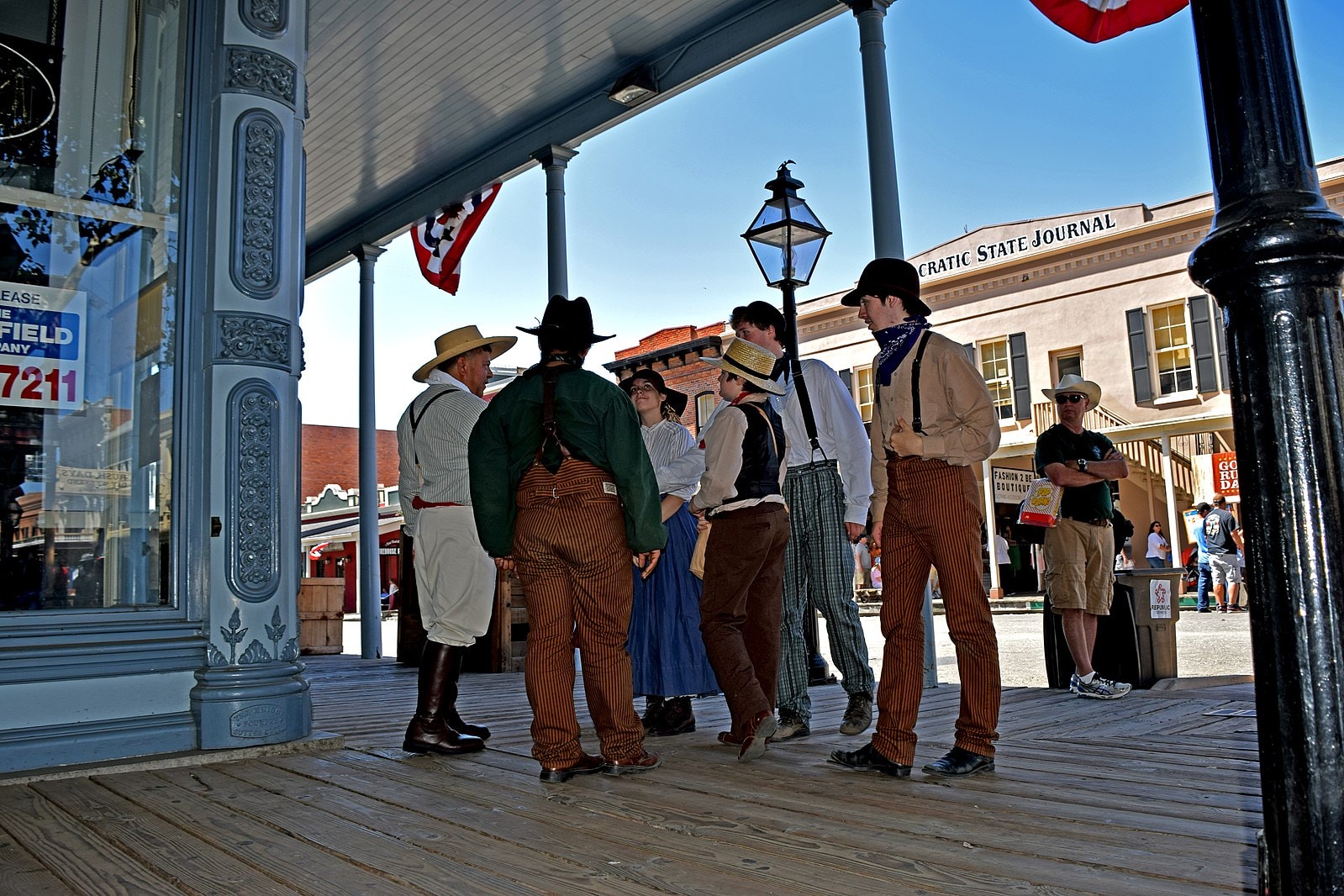 Outdoor skydiving is an unbelievably thrill-inducing hobby that can be pursued in Sacramento, but if the cautionary horror stories always outweigh the desire to jump into the open sky, the city offers the next best thing. iFLY Sacramento can deliver just as much adrenaline as traditional skydiving while keeping the doubts of terror at bay. After being strapped into the right gear and some light training, the Superman flying instincts will kick right in. 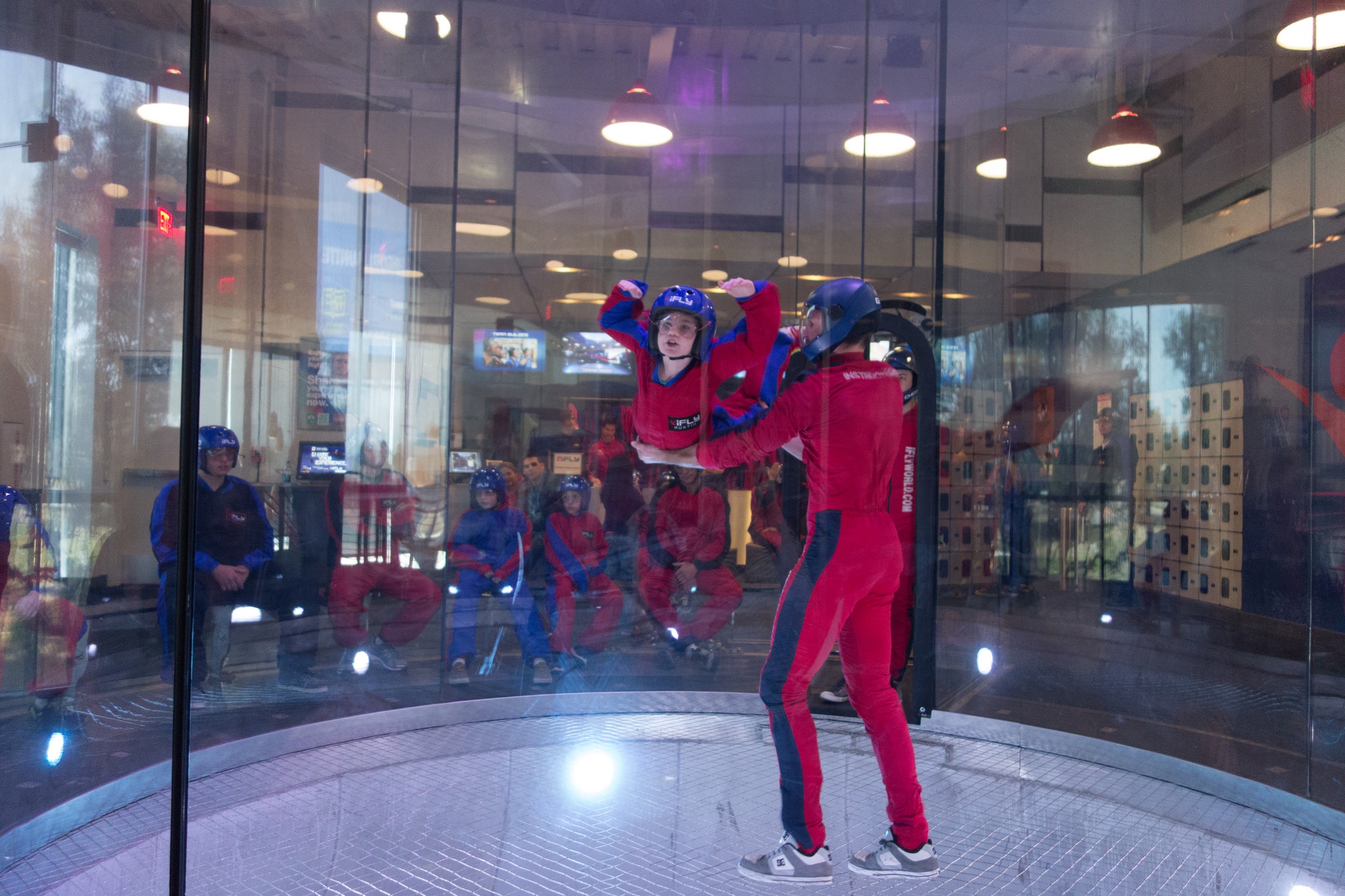 Created by art teacher Carolyn Belmore in 1985, the Dragon House is one of the best hidden gems in the area. Although there is no distinct theme to the house, the magnificent clay tile mural depicts a scene straight out of a fantasy. What began as a way to cover up failed installation of stucco outside her home became Belmore’s most notable work. The mosaic depiction of a giant dragon fighting a tiger along with the house’s stained-glass fence and sculptures in the yard stop passersby in their tracks. Nevertheless, regardless of how extraordinary the art might seem, respect is requested on the premises of this private home.

If being terrified and feeling the hair rise on the back of your neck is appealing, there is always Dyer Lane. From KKK meetings, lynchings and even a recorded murder, this notoriously haunted street holds some of the darkest urban legends in the area. The abandoned street in daylight is a rough sight in itself, but come nightfall many claim to have seen ghosts, orbs and figures. This street is certainly not for the faint of the heart.

Museum
The dire need of medical attention for ailments, disease and infections skyrocketed in Sacramento as the area became a popular place to settle during the Gold Rush era. The medical field was mainly filled with untrained professionals at the time, until The Sacramento Medical Society was founded in 1855. The Museum of Medical History is a visual recording of how the topic of health progressed over the years into modern medicine. Some of the exceptional medical artifacts on display include leeches, a 1920s x-ray machine and even an iron lung.

Building, Store
Sacramento Ziggurat | Sacramento Ziggurat
The Sacramento Ziggurat is a rather unconventional architectural sight to absorb. The structure appears to be a curiously juxtaposed building as it is built to resemble a contemporary version of an ancient pyramid, sitting on the waters of the Sacramento River. Designed by Edwin Kado in 1997, the 10-story stepped pyramid was initially built to be used as The Money Store. Fast forward to 2001, and the building began serving as the office for California’s Department of General Services. Although entering might be a difficult task, it is still a wondrous experience to witness a modernized pyramid.
More Info
Open In Google Maps
707 3rd Street, Sacramento, California, 95605, USA
+19163765000
View menu
Visit website
Visit Facebook page
Send an Email
Give us feedback

Following the three seasonal phases of wet, flowering and dry, the vernal pool remains dry for six to eight months of the year, but during the rainy seasons the pool begins to fill up. This means the flora and fauna of the pool are unique to the area as they have adapted to survive in such a peculiar setting. Sadly, the careful balance of the pool that took over 50,000 to 200,000 years to create is fragile and some plants have even become endangered. Still, hiking and exploring this ephemeral nature is encouraged and so is partaking in the conservation campaigns put in place to save this vernal pool.

Restaurant, American, Fast Food, $$$
For one of the more memorable and cheesier culinary experiences in Sacramento, there is The Squeeze Inn. Originally named after having to literally squeeze into the tiny diner where this restaurant started in 1980, the infamous Squeezeburger quickly gained a cult following. This famous burger with a cheese skirt is so widely loved that it has even been featured on The Food Network, among many other television channels. This burger is a force to be reckoned with, decked with a 1/3 lb. patty and dressed with overflowing cheese that creates a skirt around the sandwich itself.

The Yolo Bypass Wildlife Area is a wetland that serves various purposes such as flood control and agriculture, also being home to a diverse collection of wildlife, including bats. This colony of bats mostly migrate during the summer in order to live under the Yolo Causeway. This Bat Talk and Walk held by the Yolo Basin Foundation will provide education and background about bats, and allow you to watch the largest colony of Mexican free-tailed bats in California fly out from beneath the Causeway. After all, the chances of watching one of the most misunderstood critters in their natural habitat is an opportunity not to be missed. 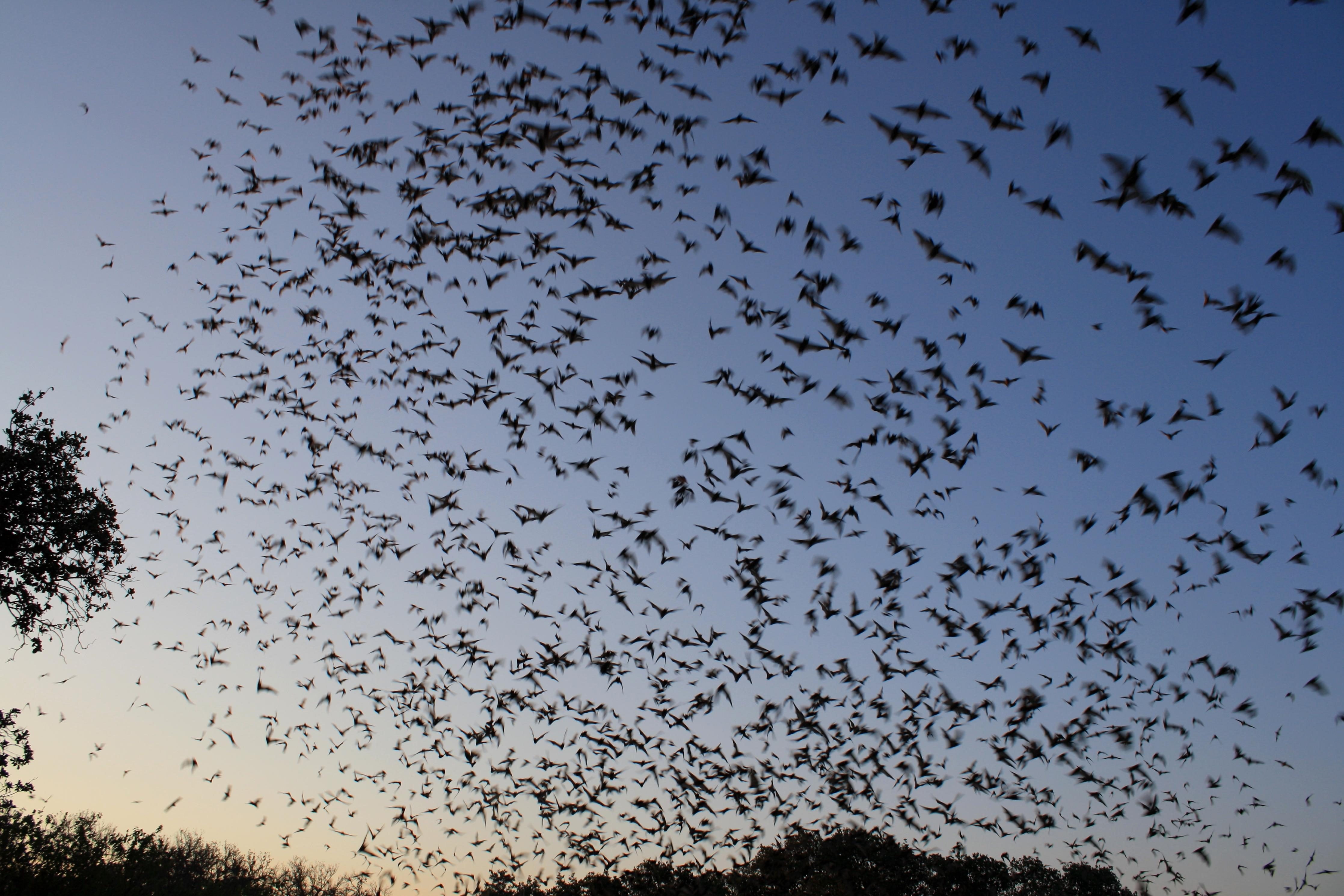 Located in Davis, on the UC Davis campus, the Bohart Museum was initially created in 1946 to serve as a teaching and research collection for the school’s Department of Entomology. The collection gradually increased to its current size of six million specimens from different international backgrounds, making this museum one of the largest resources for Entomology in United States. Some noteworthy collections in this museum are the 150,000 moths, 4,500 specimens of swallowtail butterflies and the biggest collection of water bears in the world. Needless to say, there is so much more to creepy-crawlies than meets the eye. 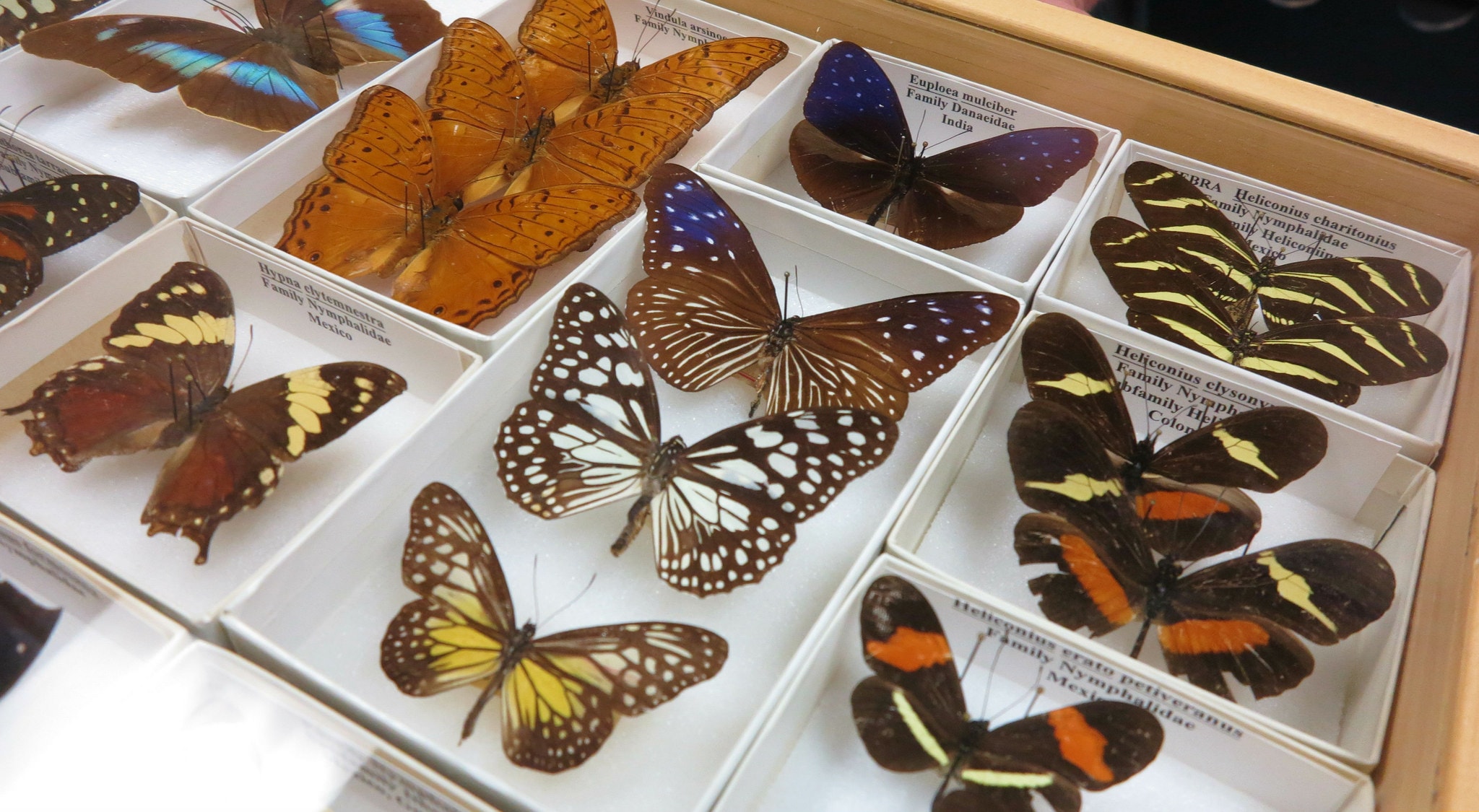