The Most Influential San Francisco Bands And Musicians 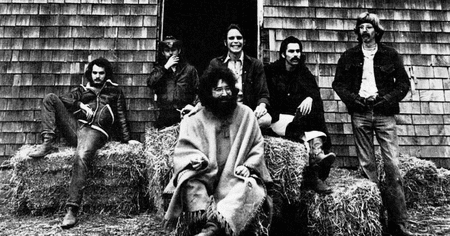 The Bay Area has remained an important musical center since the rise of the counterculture movement in the 1960s. With the advent of pop music and more commonplace musical experimentation, San Francisco and its neighboring areas have produced some of the most important musical groups in the last few decades, as chronicled below.

It would be criminal not to include ‘The Dead’ in this list. With the rise of American counterculture and the ongoing war in Vietnam, the Bay Area exploded with a huge number of inventive new musical sounds. Though the other artists on this list are all well worthy of mention, most would agree that the Grateful Dead had the most impact of any Bay Area countercultural group. Founded in 1965 in Palo Alto, The Grateful Dead forever changed the musical scene by exploring and combining new genres like country, folk, psychedelic, jazz, and bluegrass. If you’ve never heard of the Grateful Dead, you’re really missing out on a huge part of the Bay Area’s — and America’s — musical history.

After heavy debate over which other 1960s band should make this list (and there were many to choose from), the spot ultimately went to Sly & The Family Stone – another integral musical force that broke new musical ground. Founded in 1967 by the influential Sly Stone, the group went on to essentially develop the funk and soul genre that everyone knows and loves today. With its unique multi-gender and racially mixed lineup, Sly & The Family Stone was a huge Bay Area powerhouse that shook up the world of music until its dissolution in 1975, due to drug problems and conflicts among band members.

As one of the first major Latin rock groups to break out in mainstream America, Santana shattered racial boundaries and went on to become one of the largest rock groups of all time. Mexican-American lead guitarist Carlos Santana formed the group in 1967, but it wasn’t until around 1969 that the band finally found mainstream success. Having sold over 90 million records throughout its lifetime, Santana has become an icon to many in the Latin community. After winning eight Grammys and three Latin Grammys, its success seems to have no end in sight, with the band even releasing a new album in April 2016.

Although its members hail from the El Cerrito area, you’d be forgiven for thinking this band came straight out of the Deep South. Taking influences from Southern rock and blues, the Creedence Clearwater Revival created their own unique genre, known as swamp rock or roots rock. Creedence is similar to British group Led Zeppelin in that they essentially took inspiration from the South’s music and transformed it into something fresh. They quickly became – and remain – a staple of American radio play, but their real influences can be heard in modern blues and Southern rock and roll.

With no real discernible genre, Faith No More has long remained an important innovator in the San Francisco music scene. Although the band has had numerous lineup changes since its formation in 1979, the most famous member is easily Mike Patton, Faith No More’s eclectic lead singer. With his incredibly impressive six-octave range and experimental style, Patton helped shape Faith No More into one of the most strange and wonderful bands to have ever come out of the Bay Area. With its most recent album release in 2015 garnering rave reviews, Faith No More is still going strong and doesn’t show signs of stopping.

While not as critically acclaimed as other members on this list, Third Eye Blind still played an important part in the transformation of music in the 1990s. This San Francisco rock band was formed in 1993 and apparently garnered the largest publishing deal ever for an unsigned artist when they were signed to Elektra Records in 1996. A huge commercial success in the late 1990s, the band’s grunge/post-rock-influenced style helped propel them to success, selling over 12 million records to date. After releasing a fifth studio album, Dopamine, in 2015 and having it reach number 13 on the Billboard 200, Third Eye Blind still proves itself a powerful force nearly 20 years after its incarnation.

Although not originally from San Francisco, the punk legends behind Jawbreaker settled in the Mission District after releasing their debut album. After settling down in the Bay Area, their band went on to become one of the most important acts in the 1990s emo and punk movement. Jawbreaker became a symbol for a whole generation of unhappy teenagers in a seemingly stagnant period of American history. Although they struggled heavily as a band (with numerous draining tours and fights between members), they ended up helping to shape Generation X with bands like Nirvana and Sunny Day Real Estate. Along with this, Jawbreaker’s lead singer Blake Schwarzenbach became a punk cult icon and is remembered today as one of the best songwriters of the 1990s.

Rest in peace, Mac Dre. You know you’ve heard it before. Whether it’s Drake or Yo Gotti, countless rappers and musicians have referenced this influential 1990s and 2000s musician. When hip-hop finally started to gain mainstream success in the Bay Area, Mac Dre (born Andre Louis Hicks) benefited from this and became one of the first rappers to really gain a major following. Born in Oakland, Mac Dre blazed a trail for other Bay Area rappers and, though he was tragically gunned down in a drive-by shooting in 2004, he remains a Bay Area legend and cultural icon.

The Bay Area beast with over 20 studio albums and countless mixtapes, E-40 has long reigned supreme in the greater Bay Area. Born and raised in Vallejo, Earl Stevens has rapped professionally since 1986. E-40 is almost constantly releasing new music (with 13 albums released since 2010) and has performed with nearly every major hip-hop artist. As well as being an extremely successful rapper, E-40 is also a businessman and self-made entrepreneur who has invested in Microsoft and even released his own line of energy drinks, cocktails and beer.

Although something of a controversial choice, it’s impossible to deny the influence that Lil B (born Brandon Christopher McCartney) has had on the Bay Area and hip-hop at large. With his own brand of new-age love and understanding, Lil B has made himself a symbol of hip-hop in the new century. Coining the term ‘based’ to describe a positive and tolerant lifestyle, the Based God became extremely successful through his use of social media platforms like MySpace and Twitter. Lil B still remains an extremely popular figure who continues to show off his unique brand of music and lifestyle.

Deafhe aven flipped the music industry on its head when its style of blackmetal-shoegaze started to receive high acclaim. Although considered controversial for straying from normal metal conventions, Deafheaven has continued to be extremely successful since their founding in 2010. The band’s 2013 album Sunbather achieved a 92 on Metacritic and garnered countless ‘best of year’ awards. Like the city of San Francisco, Deafheaven seems to be constantly evolving and changing in order to stay fresh and unique.