The Most Beautiful Coastal Towns in California 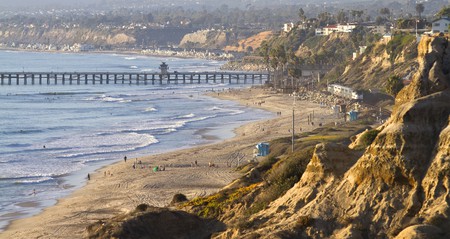 With an impressive 840mi (1,352km) of shoreline, California has one of the longest and most diverse coasts in the US. What makes the Western seaboard even better are the marvelous beach towns that populate the shores. Plenty of these coastal beauties are worth a visit, but we’ve rounded up our favorites, to put high on your travel list.

California is synonymous with grandiose waves, endless ocean views and abundant greenery. Big cities such as San Francisco and Los Angeles are obviously not to be missed, but some of the smaller coastal towns are equally enchanting. Browse through our selection of the most beautiful, along with suggestions of things to do while there.

Boasting 3.5mi (5.6km) of shoreline, Santa Monica is LA County’s laid-back seaside gem. From taking long walks or bike rides along Santa Monica State Beach to joining in on the fun at Santa Monica Pier – check out Pacific Park, an amusement park complete with Ferris wheel, aquarium and cotton-candy stands – this town feels like summer no matter when you choose to visit. Test your stamina on the workout equipment of the Original Muscle Beach, shop till you drop on Third Street Promenade and take in the stunning ocean vistas from Palisades Park. Don’t miss the farmer’s market; it’s where all the restaurants’ fresh produce comes from. 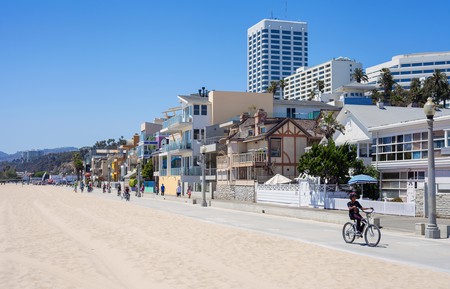 If Santa Monica had a bohemian sister, it would be Venice Beach. Its crowded beachfront Boardwalk is filled with T-shirt stands, tarot card readers and quirky street entertainers who put on all kinds of strange performances – don’t be alarmed if you witness people walking on glass or juggling chainsaws, it’s just another day in Venice. The town has its own popular Muscle Beach, ideal for bulky, fitness types, while on Abbot Kinney Boulevard, you will find the best boutiques and galleries in the area. Be sure to stroll around the dreamy canals in the Venice Canal Historic District, modeled after Italy’s Venice. 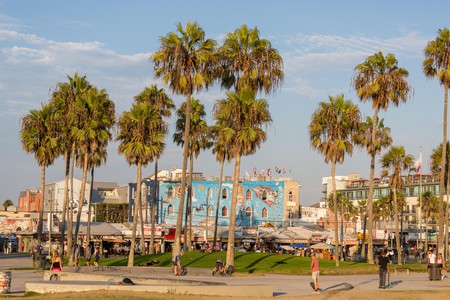 This compact Central California town – only one square mile (2.6sqkm) in size – is surprisingly packed with restaurants, art galleries and boutiques, while serving as the ultimate retreat for artists who walk down its secret passageways seeking inspiration. Carmel’s charm lies equal parts in its wild beaches and in its “fairytale cottages”. Created by Hugh Comstock in the 1920s and 1930s, the cottages heavily echo the whimsical houses found in storybooks – steeply pitched roofs and all. Comstock’s first cottage, Hansel, looks as if it popped out of the popular tale and, luckily, it comes witch-free. For a lush oasis, visit the Mission Trail Nature Reserve. 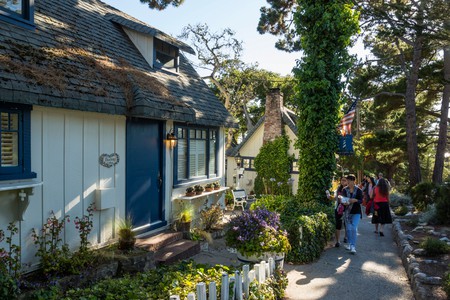 Especially favored by the rich and famous, Santa Barbara – or, the American Riviera, as it is sometimes called – is as elegant and upscale as it is charming. Expect to find red-tiled rooftops, bright bougainvillea and sandy stretches, which give way to designer boutiques, wine-tasting rooms, an arts district and a plush harbor. Explore the immense Los Padres National Forest, home to roaming condors, coyotes and black bears, before hitting the high-end stores and eateries on State Street. The summer festival “Old Spanish Days” celebrates the town’s Spanish roots; it was maritime explorer Sebastián Vizcaíno who arrived here in 1602 and gave Santa Barbara its name. 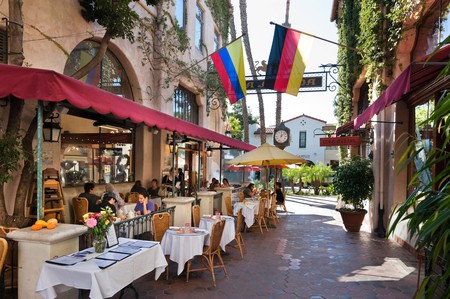 With a little over than 30 beaches to choose from, Laguna Beach seems like the perfect place to make the most of the Southern California coastline. Some beaches have mystical coves, like Crescent Bay, while others require a little more effort to get to, such as Thousand Steps – don’t worry, you’ll only have to brave 222 stairs to access it. Then there are expansive parks, like the Laguna Coast Wilderness Park or the colorful Heisler Park, brimming with hiking and biking trails, which will immerse you deeper into nature. Art enthusiasts will love the Laguna Art Museum, one of California’s oldest, as well as the vibrant murals painted all around town. 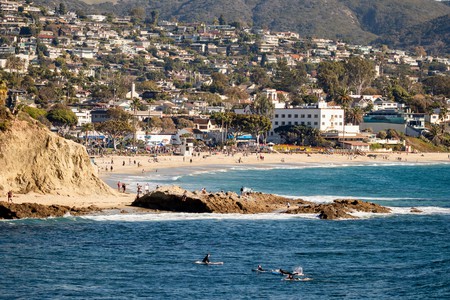 Stretching across more than 30mi (48km) – 20 of which are gorgeous beaches – Malibu is where A-list celebrities and top athletes spend their summer. Catch that dream wave at Surfrider Beach or head to Zuma Beach for some people-watching and mingling with the crowds. Nothing really beats the tangerine Malibu sunsets, except maybe for the secret waterfalls hidden deep within the Santa Monica Mountains National Recreation Area. Follow the many hiking trails and you might stumble into one. Wine tasting is also a must, as is a visit to the sophisticated Getty Villa, displaying ancient Greek and Roman art. 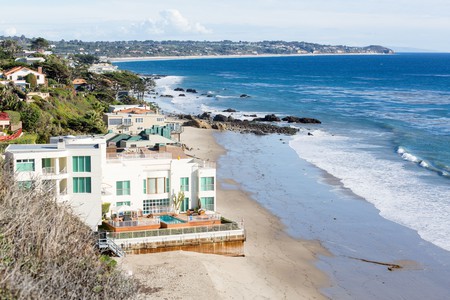 This beautiful coastal town is known for its fascinating fauna and amazing landscape, marked by pine trees and untamed beaches. Moonstone Beach is probably the best one in Cambria, its shores filled with shiny gemstones that people collect to make jewelry. The fairytale-like Hearst Castle sitting on a verdant hill is among the must-sees; around it, you might even see zebras roaming freely. At the Piedras Blancas Elephant Seal Rookery, you’ll also come across myriads of elephant seals, making for a truly unique sight. Head to downtown Cambria to scour the numerous antique shops for precious finds. 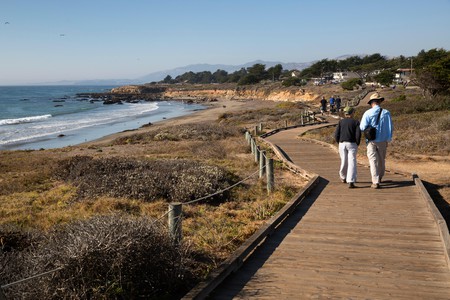 Thanks to its Spanish Colonial-style buildings, San Clemente is often called the Spanish Village by the Sea. The Orange County town offers a plethora of parks, restaurants and shopping outlets guaranteeing a fun stay. With legendary year-round swells, the beaches here are supreme surfing spots. There’s a range of skate and surfboard stores to choose from, along with a surfing school, and the Surfing Heritage and Culture Center that recounts the history of the sport. If riding the waves is not your thing, take a stroll along San Clemente Pier – the Pacific Ocean views are unreal – or pop by Avenida Del Mar for some retail therapy. 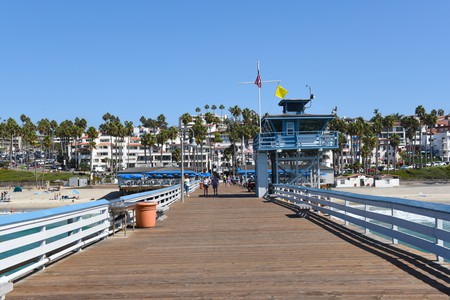 Another surf town – or actually the Surf City, since this is where the sport was originally introduced in the US from the then Hawaiian kingdom – Santa Cruz is the embodiment of mellow beach vibes. Engage in thrilling games at the Boardwalk’s amusement park, browse through offbeat pieces in art galleries and dine al fresco. This part of the town has an ‘80s feel to it, complete with arcade games, a carousel and corn dogs. Then there’s the boho chic spirit of Santa Cruz, which comes alive through vintage shops and restaurants serving organic food. Carve out some time to visit the nearby village of Capitola – the Capitola Venetian Hotel houses are too photogenic even for Instagram. 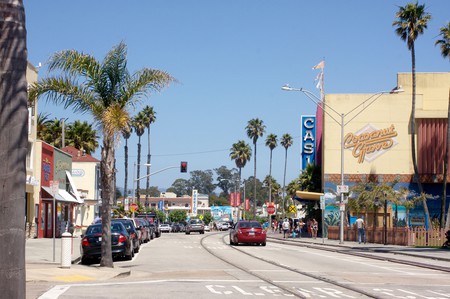