Low and Slow: The Lowriders of East LA

For generations, the East LA lowriders have celebrated their neighborhood through the culture of custom cars.

Seven refurbished vintage cars circled around LA’s Sixth Street Bridge on a Saturday in 2015. The overpass that linked Boyle Heights with downtown Los Angeles was teeming with ’40s and ’50s inspiration that night, as seven friends sat on the hoods of their cars, passing around beers and exchanging stories of custom paint jobs inspired by hot rods. They were united by the business of customized cars – the re-manufacturing of dilapidated vehicles into vintage treasures and new-age art. They repeated their meet-up the next Saturday, and the one after that, and by the fifth week, 200 people arrived at the now decimated Sixth Street Bridge, some coming all the way from San Diego. But all were there for the same purpose: to share stories and show off their cars.

“That’s when I realized I was onto something – that this was gonna be bigger than I ever imagined,” says James Solano, the architect behind the Sixth Street Bridge meet-ups. 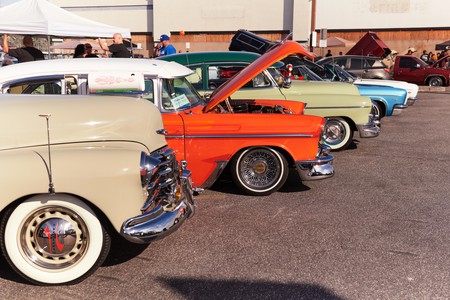 Solano is a native of Boyle Heights, a neighborhood that is home to a massive Chicanx population in East LA. Growing up on the outskirts of urban Los Angeles, his family, like so many of his neighbors, drove across the Sixth Street Bridge every weekend into the city. When his buddy Tony called to tell him it was scheduled for demolition, he gathered his friends to pay homage to his two most valued assets: his cars and his community.

It’s been four years since Solano curated a series of self-proclaimed car meet-ups and cruise nights that originated on that bridge, transforming the regularly sanctioned, social-media-driven event to garner up to 700 people at a time. As he describes it, the meet-ups are sort of like prom for cars – a community-wide celebration that swaps out formal wear for machinery. 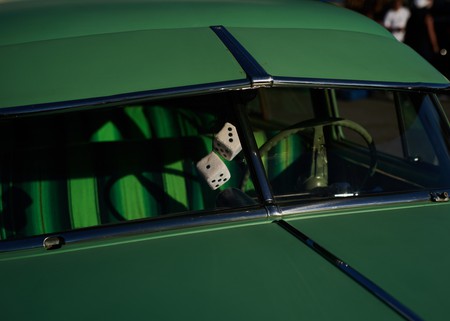 For lifelong residents of East LA, primarily centered in the Chicanx community, this fervency for cars goes beyond Whittier Boulevard – a wide road that cuts through East LA and the former Chicanx-populated barrios. It also exceeds stereotypes and presumptions of gang violence – portraits of a community that have been galvanized by dark media representations for generations.

“It’s just about the community and the cars,” Solano says with a palpable tension. Despite Solano and his fellow innovators’ best efforts to remain labelless, they are culturally recognized by one name: lowriders. 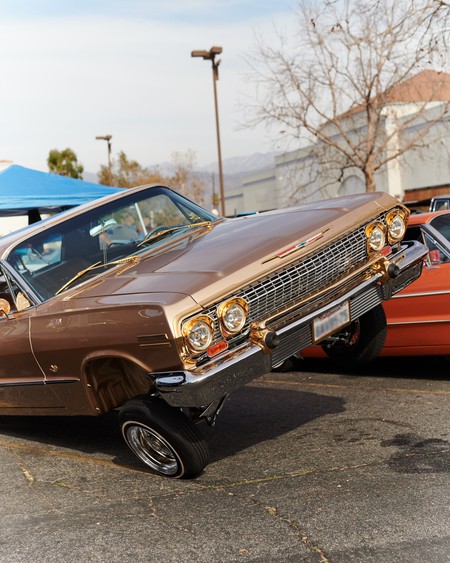 “Lowriders” refers to both the cars and the people creating and driving them. Lowriders are custom cars that, through hydraulics and other mechanisms, are lowered almost to ground level. Paired with detailed customizers like souped-up engines, fender skirts and meticulous paint jobs, lowriders are often classic cars with modern adaptations. For the drivers, cruising is a way of showing off their creations.

But the origins of lowriding are complicated. It dates back to the 1930s pachucos, a subculture of Mexican-American youth defined by zoot suits and a merged Spanish-English dialect. Pachucos were seen as defiers of Anglo culture, fighting deportation and mass racism, particularly in states bordering Mexico, that led up to the 1943 Zoot Suit Riots in Los Angeles. As the older generation of Mexican-Americans sought to prove their patriotism by enlisting for WWII, the younger generation remained defiant of Anglo customs. 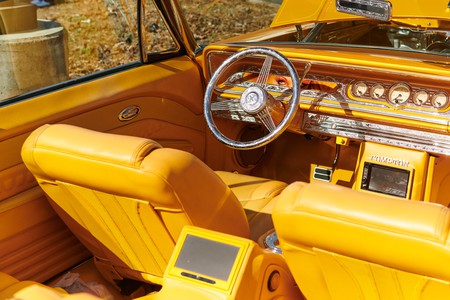 Representations of America in the 1940s and ’50s were defined by its automotive industry – roaring trucks raised as high as possible were popularized metaphors for war machines. And as a result, the innovative youth of LA’s Mexican-American communities counteracted that symbol with its ironic opposite: cars that were low and slow.

It started in the barrios of East LA, where young Chicanx community members would take their Chevy Impalas and lower them with any available option: sandbags, the removal of shock absorbers and heated-up springs. When the enactment of a California Vehicle Code made it illegal for any part of a car to be lower than the bottom of its wheels (as distinct from the tires) in the late 1950s, the masterminds behind the low-and-slow modifications responded by creating a hydraulic pump that would bypass the law by lowering and raising cars at a moment’s notice.

Throughout the ’60s, lowriders were often seen driving down Whittier Boulevard – the bona fide training ground for lavishly refurbished, vintage custom cars. And within their own community, the lowriders were celebrated by each other and by the creation of Lowrider magazine – now the most successful Chicanx publication in the US. 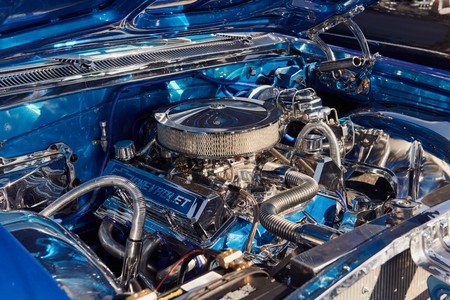 But the association of the ’64 Chevy Impala “jumping” up and down – the image of refurbished cars splattered across mainstream media in the 1990s from VH1 to MTV – would haunt the original intent of this community. From Boulevard Nights (1979) to Up in Smoke (1978) to Eazy-E’s eulogistic lyrics “cruisin’ down the street in my ’64,” the ’90s marked a time when images of lowriders became synonymous with gang violence in hip-hop and G-funk culture.

“If you had a lowrider, you were directly related to a gang association,” says Edgar Hernandez in Starlite Rod & Kustom, the vehicle modifications shop he owns. “Because of the area we lived in, to own a lowrider was almost to be directly tied into that – to being stereotyped.” 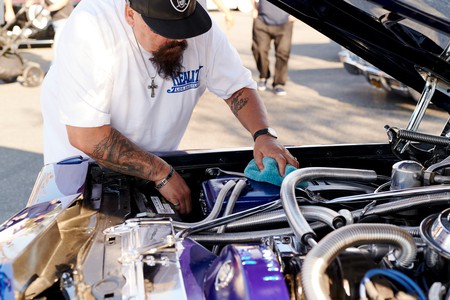 Hernandez, a business owner and first-generation immigrant, doesn’t identify as a lowrider, just a general “car guy.” A native of East LA, Hernandez also grew up around engines and wheels, and he hardly finishes a thought without pausing to enthuse over the sounds of engines being repaired. But he struggles with the way the Chicanx community is often associated with lowriding, and lowriding’s stigmatized association with gang violence.

“The problem with lowriding is that because a majority was part of a lower-income circle that happened to be in a Latino-based neighborhood, it was [assumed] that all Mexicans are lowriders,” he says. “The lines blurred between the gangs and the non-gangs.” 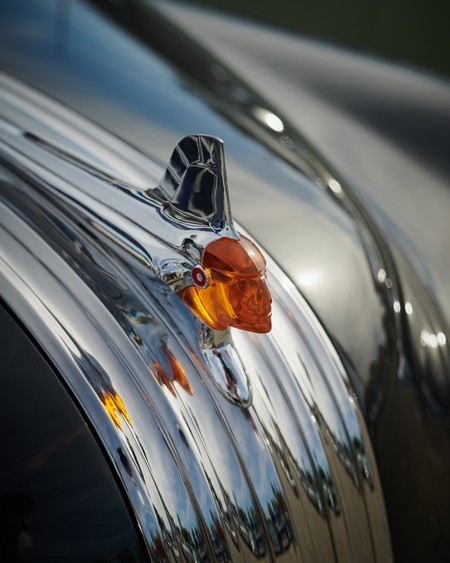 Despite a clean track record of zero violence at Solano’s regular meet-ups, lowriders are the target of regular police monitoring.

“They think that we need to be watched, and observed, and patrolled. They think they need to keep an eye on us at all times,” Solano says. “But who would take a car they just spent $5,000 on a paint job on to go commit a crime?” 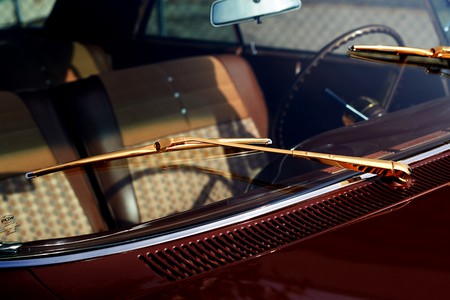 Growing up in a neighborhood adjacent to Skid Row, Solano never experienced any lowriders committing crimes like robberies or drive-by shootings, though he often saw those images on TV and film.

At this point, car customization has transformed so many times (from hot rods to the ’64 Impala to Pimp My Ride) that lowriding, too, is no longer tied to its alleged Chicanx roots. It’s become a multicultural celebration of cars and customization, borrowing styles and paint inspiration from itself over and over again.

“It’s always been a multicultural thing,” Hernandez says. “We took a lot of things that were alive and flashy and put them on the streets. And it was grander than real life.” 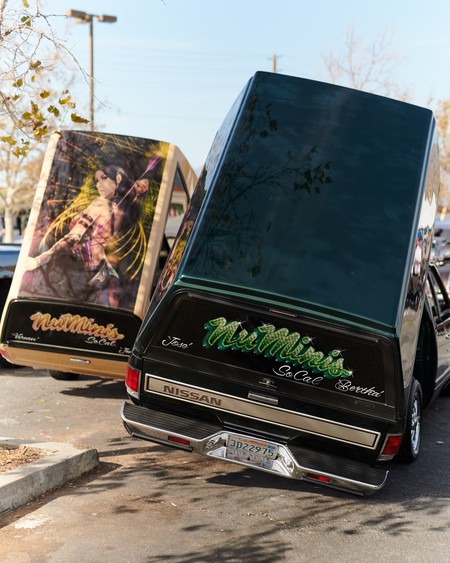 According to both Hernandez and Solano, lowriding remains a treasured practice that is both inherently cultural and unrelated to race or background, thanks to community camaraderie and respect. Among lowriders and general “car guys” like Hernandez, a series of car clubs evolved that created a space for like-minded enthusiasts to come together and share everything from ideas to construction tactics.

“You would have this cross-pollination of different neighborhoods and different styles, and it would make the world get smaller,” Hernandez says. Members of his car club, the Autoholics, are self-described generalists – building period cars from the ’50s, ’60s and ’70s. Hernandez met Solano and his club, a “rowdy bunch of dudes” known collectively as Los Boulevardos, at the Sixth Street Bridge years ago. While Hernandez’s club pays homage to the construction of cars, Solano says that his crew amended “low and slow” to “low and go.” Because, as Solano puts it, cars aren’t just meant to be watched in shows – they’re meant to be driven.

“We wanted to bring cruising back to the streets, back to LA, back to its non-politicized roots,” Solano says. 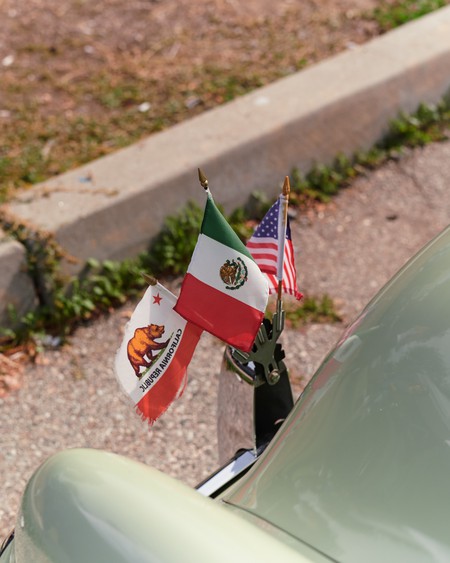 For the past four years, that’s exactly what Solano and Hernandez have done. Solano continues to act as curator for the lowrider meet-ups, while Hernandez runs a reputable body shop that specializes in all things custom cars. 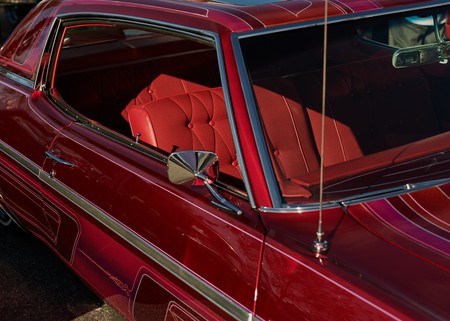 Around the same five-week mark of Solano’s massively growing meet-ups, the LAPD began making appearances. Week by week, the police presence grew stronger, with officers eventually appearing in what Solano described as full-on riot gear. “They got more militant about it,” he says, and his calm facade shattered at the memory of the final weeks at the Sixth Street Bridge. A bona fide peacemaker within his community, Solano approached one of the officers to ask why they were chasing people out of their meet-ups. The officer raised his voice, accusing them of being hard-core gang members.

“They still have the same preconceived notion from back in the day that everybody who drives a lowrider is a gang banger or a threat to society or an endangerment,” he says. “But we’re too busy enjoying our lives to pay attention to that bullshit.” 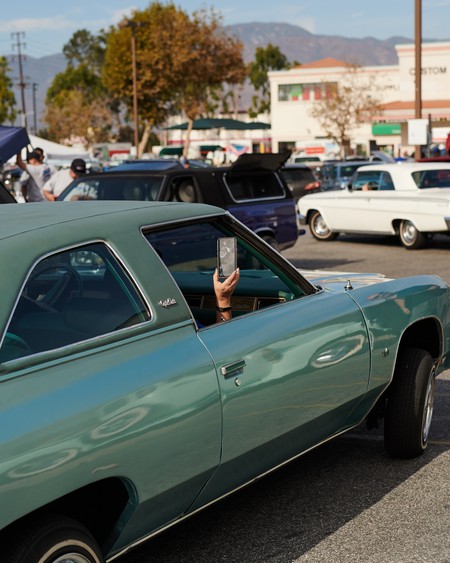