Best Hotspots For Music And Food In Los Angeles

The music scene in Los Angeles has always played second fiddle to its monolithic movie and TV industry, yet LA produces incredible musical talent. A string of music-centric dining experiences have emerged; we check out the best. 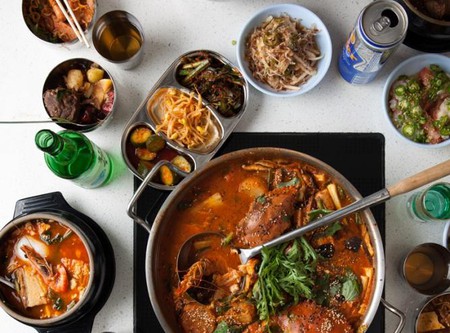 Roy Choi’s massive takeover of this new, trendy hotel in K-town is further evidence of his dominance in the L.A. food scene. POT, his first Korean-focused restaurant ,might be his most personal. Dishes like the Boot Knocker, a hot pot that Choi claims comes directly from his childhood recipe book, is soulfully satisfying. Choi curates POT’s playlist with the same detail that he would bring to finding the proper farm to source his vegetables. His old-school hip hop picks fuel the marijuana-culture-inspired design of the menu and also aided in the creation of some of the more inventive dishes, like the Kimchi Fried Rice. Thursday nights are DJ night with Ali Shaheed Muhammed of Tribe Called Quest. At POT, there is no lounge music bumping bass-heavy indistinguishable music, but rather specific tracks chosen to create a certain ambiance. Ambiance is the key word: diners are looking for more than just quality food. POT understands this nouveau expectation and caters to it in spades. Other must-tries on the menu include BBQ Vegetables, BBQ Pork and Beep Beep.

The second endeavor by Roy Choi is Commissary. This place is more traditional, with understated small-plate fare you could find elsewhere in L.A. However, its menu presentation – pictures of a single main ingredient – and gorgeous atrium set this place apart. All of the vegetable dishes taste farm-to-table fresh and have an inventive quality stemming from Choi’s creative flair. The Carrots in ‘Green Sauce’ are far more delicious than they sound. The menu, featuring some odd-sounding dishes, might scare some people away, but trust in Choi and all will be fine. Menu must-tries include Quinoa, Burger and the Corn. Request seating in the atrium for the best possible experience. 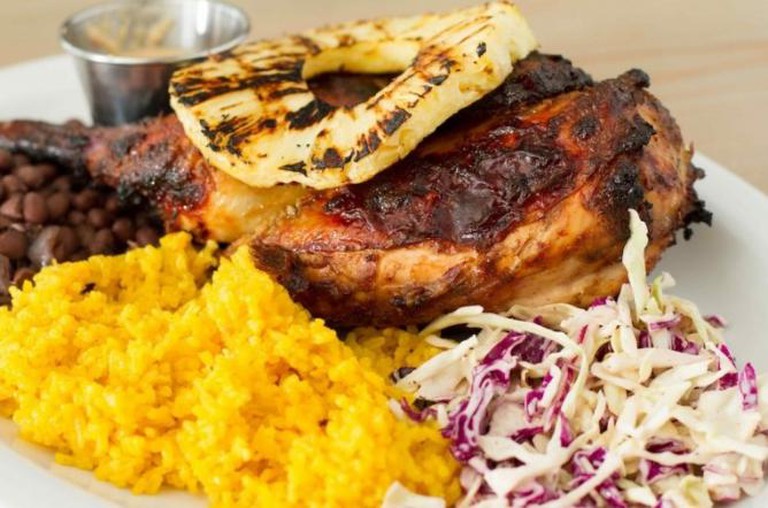 Jamaican Jerk Chicken, Sunny Spot | © Eric Shin
EsCaLA, the new hybrid Korean-Columbian restaurant in K-town, is the brainchild of chef Chris Oh and OG Chino, an artist and music producer-turned-entrepreneur. Exuding cool from every corner of the place, EsCaLA takes two wildly different cuisines and harmonizes, with delicious and thought-provoking results. Its ‘Braised Pork Belly Tamales’ will make you a believer, in addition to its Chicken Wings and Ribeye.

Food Truck, Restaurant, Caribbean, BBQ, $$$
Facebook
Email
Twitter
Pinterest
Copy link
Share
You can take the name of Sunny Spot literally at this fun, vibrant Caribbean-focused restaurant located in Venice. The outdoor area becomes crowded with brunchers on the weekend and you cannot beat the warm, positive vibes coming from the speakers at all hours. The all-you-can-drink brunch special doesn’t hurt either. Diners must try the ‘Muthaf**kin’ Mofongo’ and the eggs, burger and jerk chicken.

Market, Thai, $$$
Facebook
Email
Twitter
Pinterest
Copy link
Share
Kris Yenbamroong is concocting some incredibly authentic Thai food at his two Night + Market cafes, Night + Market and Night + Market Song, both on Sunset Blvd. The blaring music Yenbamroong plays only adds heat to the already spicy Thai street food being cooked at the unassuming, casual venues. Yenbamroong’s places are all as fun as they are loud and bold in their flavors. Come hungry and curious – some of the best menu items include the ‘Party Wings’, Pork Toro, Crab Fried Rice and Crispy Rice Salad.