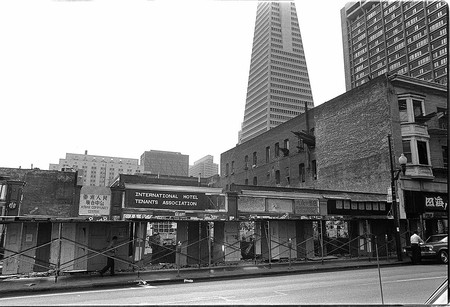 The International Hotel stands as one of the few prominent symbols of Filipino-American culture in San Francisco and has a longstanding heated history. It was an important, yet lesser-known, landmark of San Franciscan history.

The International Hotel – or the I-Hotel – was originally founded in 1907, only a year after the earthquake that destroyed much of the surrounding infrastructure of the city. It stood as a place of low-income housing on the corner of Kearny and Jackson. It was not until the late 1920s that the Kearny become largely populated by members of the Pan-Asian community, particularly those from the Philippines. Young men traveled from all different regions of Asia and wound up coming through the Golden Gate. Here, they applied for work visas, looking for better opportunities on American soil while sending part of their salary to their families back home. As it turned out, Asian Americans faced much discrimination in the workplace and were sanctioned off to inhabit largely low-income areas such as Chinatown and Kearny, which was then known as Manilatown due to a large number of Filipino immigrants. To the Filipinos living there, the I-Hotel was a sanctuary where men, both young and old, could gather and enjoy a shared feeling of unity in their culture. 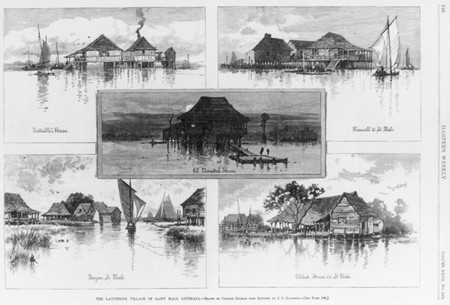 These immigrants enjoyed this little slice of home up until around the ’60s when the movement for ‘urban renewal’ began, and the city began to take shape as we know it today. The high-rise skyscrapers of the Financial District went up and encroached on the family businesses and recreation spots of Manilatown. By the end of the ’60s, it was the I-Hotel that stood as the final living remnant of the Filipino community. Many of the residents still living there were ‘old-timers’ – manongs as they are respectfully called – who had little money and relied on low-income housing like the I-Hotel, which had rent at only 50 dollars a month. More than ten thousand people were displaced by the expansion, and in 1968, a large corporation set its sights on the hotel for demolition. The company saw the hotel as an unproductive, waste of land on which it stood and made plans to construct a multileveled parking garage in its place. In October, the demolition permit was acquired, and the almost two hundred tenants were ordered to be evicted by the first of the next year. The tenants had no intentions of moving, as many were too old and poor and simply wanted to live out their golden years in peace.

What followed was anything but peaceful, as many younger activists in the area saw the evictions as an affront on themselves as well. Students from San Francisco State and UC Berkeley had recently been fighting for their right to have ethnic studies courses taught on their campuses and viewed the I-Hotel as the perfect opportunity to practice what they had learned, preserving the ethnic diversity which they believed is what made San Francisco the city that it is. The students, also riled up from negative Vietnam War sentiment, made it their mission to protest the evictions at any cost and showed up to keep the manongs inside their homes. Emil de Guzman was at the head of this movement and played a large role in organizing student actions alongside Filipino poet, Al Robles. Former mayor George Moscone offered to sell the hotel back to the manongs for a little over a million dollars, but this price was unacceptable – that and an accidental fire breaking out – and, as such, the evictions proceeded. 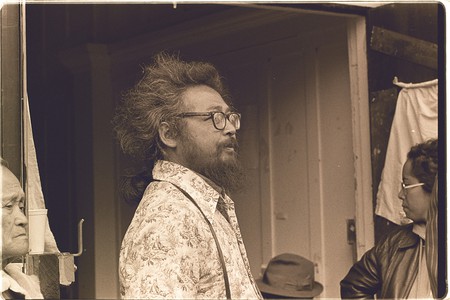 PHOTO BY NANCY WONG AL, THE FILIPINO POET DOWN AT THE INTERNATIONAL HO TEL CIRCA 1977.

The first eviction attempt took place on January 7, 1977, with more than five thousand people present to prevent the police from breaking through. They all linked arms in protest and encircled the entire block around the hotel. This opposition proved to be victorious, as the protestors held off the police for months with ‘a constant mass of protests.’ For a while, it seemed like the battle for the I-Hotel was won. In August, however, the police had blocked off the streets surrounding the I-Hotel and arrived at three in the morning, fully dressed in riot gear, armed with clubs and sledgehammers. The some three thousand protestors stood their ground but were ultimately unable to stop the police. They were brutally forced out of the way, and the doors were busted down. The last 50 manongs living in the I-Hotel suddenly became homeless overnight, and many did not live much longer after being evicted. The hotel was demolished shortly after. 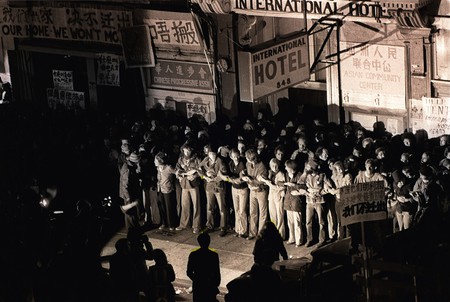 Protesters in front of the International Hotel on August 4, 1977 | © Nancy Wong/WikiCommons

In the years since that day, the I-Hotel has been immortalized by those in the Asian community as a symbol of solidarity and self-determination. Although the hotel was destroyed, the protests are seen as a victory for bringing recognition to the Pan-Asian community and community empowerment. A new I-Hotel was built in commemoration of the old and is recognized as a historic location in San Francisco. It now houses low-income families and has a museum for those who gave their lives. In the end, a parking garage was never built and ‘The Hole’ remains untouched – a final monument towards the efforts in the fight to save Manilatown. 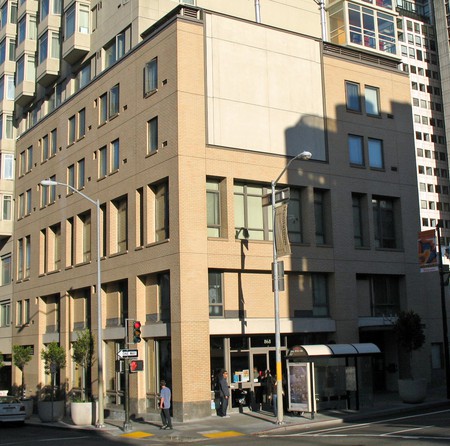