The Independent is a world renowned venue in San Francisco’s NoPa district and features some of the biggest names in the industry. Long before it was The Independent, it went through a series of name changes and put on performances in almost every genre. Today, it has collected its history and put it all together to create an accredited space where music lovers and performers can come together. 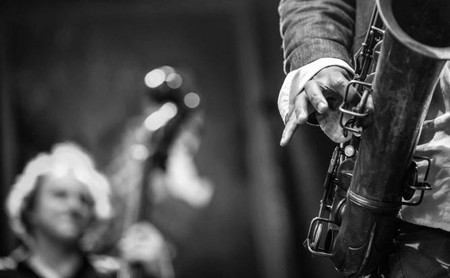 Long before 628 Divisadero had countless noise complaints and lines wrapped around the block, it was Emano: an average bar in San Francisco’s NoPa District. One day in 1967, local businessman Herman Warren and 49er Kermit Alexander were sitting at Emanon, when Warren made a joke about turning the bar into a laid-back hangout spot. Warren already owned a blues venue on Broadway known as Sugar Hill, and the thought of owning another sounded absurd. The two sat at the bar and had a good laugh about the idea, but it stuck with Warren, and he and his wife, Norma, eventually gave the owner of Emanon an offer he couldn’t refuse.

The next year, Kermit Alexander went on to have his only Pro Bowl Season with the 49ers. Herman Warren, on the other hand, was dealing with the The Half Note Club, a jazz club that advertised some of the biggest names in the industry including Miles Davis and Thelonious Monk. It turned out to be a great investment and attracted crowds every night.

Throughout the ’60s and ’70s, the audience consisted mainly of major league athletes and their entourages. The staff created its own softball team and had competitive games with the rival bar, The Both/And. Losers had to drink at the winner’s bar.

As time went on, the city experienced rapid growth and change, and The Half Note Club couldn’t keep up. Warren sold the property in the early 1980s, and the venue became known as The Vis. This version of 628 Divisadero dipped its toes into punk and experimental bands. Not much is known about The Vis, but the venue’s popularity declined rapidly compared to its predecessor. Eventually it evolved into The Kennel Club.

The Kennel Club began in 1987; one of the first bands to perform was Jane’s Addiction, establishing The Kennel Club as an avenue for alternative music. Three years later, on February 14, 1990, patrons of The Kennel Club saw Nirvana perform for the second time in the city. Other notable concerts at the venue include Dinosaur Jr, The Melvins, and The Jesus Lizard. 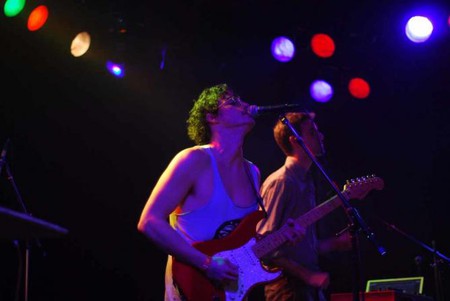 Three years after the Nirvana show, Kevin Arnold and Jordan Kurland started to plan a music festival that would showcase all the talented and emerging artists around the area. The two gathered five bands together at The Kennel Club and sold 800 tickets at $5 each, creating the first annual Noise Pop Festival. Today, Noise Pop is one of San Francisco’s most notorious music festivals.

After seven years, the owner of The Kennel Club became exhausted with handling the venue and decided to sell it. It eventually became The Crash Palace. Unfortunately, The Crash Palace was a complete failure and couldn’t establish either an audience or a clear purpose. Within a year, The Crash Palace put on only three performances, and the owners had to sell the club in 1994.

Between late 1994 and 1997, there was not a single concert at 628 Divisadero. The establishment was cursed, it seemed, which drove many investors away. It took one brave man, Michael O’Connor, to change the music scene. This time, instead of jazz, punk, or alternative, O’Connor wanted to bring a new element to the club: hip-hop. 1997 was a big year for hip-hop; albums such as Life After Death by The Notorious B.I.G., Wu-Tang Forever by The Wu-Tang Clan, and No Way Out by Puff Daddy and the Family were all released early in the year.

The Justice League became a hip-hop, electronic, and reggae club run in O’Connor’s guerrilla style. He took out the agents and booked artists based on direct appeal. This proved strenuous but effective and eventually landed the club some big names such as The Jungle Brothers, De La Soul, and Fatboy Slim. Sadly, due to poor management and a continuing change in the market, The Justice League had to close its doors, and 628 Divisadero had to wait for another attempt. 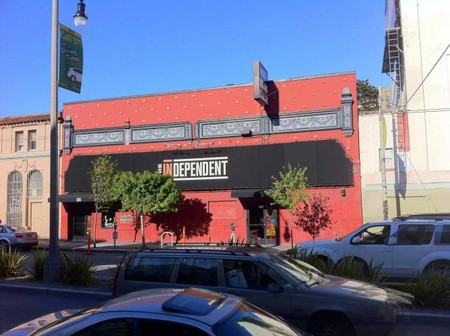 If you were to look inside 628 Divisadero now, you wouldn’t see much. On one side there’s a bar, and directly across from that is a stage with 30 overhead lights and monstrous speakers. There are no flashy accessories or over-the-top decorations; it’s a place to enjoy music. The space is known as The Independent, a music venue that has become world famous.

It opened in 2004 after Allen Scott bought out The Justice League in hopes of creating a venue to give artists and fans a better experience. Scott received some help from Gregg Perloff and Sherry Wasserman when they asked him to join their new entertainment agency, Another Planet Entertainment. The three of them went to work transforming The Justice League into The Independent.

They put in as little money as possible and focused on fixing the lights, sound system, and soundproofing. The simplicity of The Justice League appealed to Scott, so he tried to maintain the environment. Crew members often slept over night before the security alarm was set. I Am Spoonbender was set to perform on opening night. The fire department approved the venue while the band was doing its soundcheck. It was a risky effort to attempt to create a high-end venue in such little time, but Scott managed to pull it off.

History played a big part in The Independent. Scott wanted to create a venue that could host any genre of music. It held onto the jazz from The Half Note, the punk and experimental from The Vis, The Alternative from The Kennel Club, and the hip-hop, electronica, and reggae from The Justice League. Scott learned from the past and quickly established himself and the venue as a serious musical contender in the city.

‘We wanted to stand alone: independent thinking, independent music,’ says Scott. ‘It was a little rough at the time around the edges, but that’s what we wanted.’ 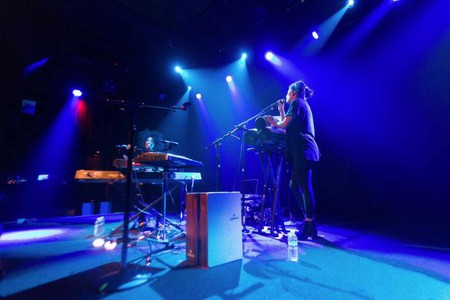 Ibeyi at The Independent | © Amir Aziz/flickr

Scott also liked the idea of showcasing emerging artists, and he excelled at it. Many artists that started off playing in The Independent became Coachella headliners, including Vampire Weekend, LCD Soundsystem, fun., Zedd, Miguel, Foster the People, M.I.A., Disclosure, The National, and The xx. Along with introducing emerging artists to the world, The Independent also hosts arena-filling artists within its intimate, 500-person-capacity space, including The Black Eyed Peas, Green Day, John Legend, Sonic Youth, Phoenix, Dave Chappelle, and Beck. In between these incredible acts, you can find local artists, hoping to make it big like the previous acts have.

Today The Independent is known for its state-of-the-art sound and light system, as well as perfect sightlines. It puts on 275 shows a year, from every genre you can imagine. Five different names and half a decade later, The Independent has become a staple of San Francisco’s music industry. By bringing the past together and keeping it simple, Allen Scott has turned 628 Divisadero into a venue that should stay around for decades to come.