The History of Death Valley in 1 Minute 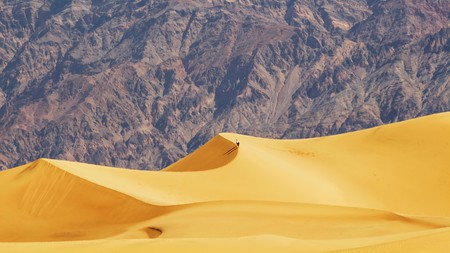 Death Valley National Park straddles the California–Nevada border. It’s the largest national park in the contiguous United States and the hottest, driest and lowest point in North America. The strange beauty of its salt flats, sand dunes, mountains and mysterious moving rocks attracts more than 1m visitors annually. While it may be named after death, this park has had an intriguing life.

Death Valley doesn’t sound very welcoming, but Native Americans have inhabited this land for thousands of years, believing it to be a sacred and nurturing home. The tribe that has lived here for the past millennium, the Timbisha Shoshone Indians, has always known the valley under a different name, Tümpisa. It means “rock paint,” referring to the paint color made from the clay in the area. 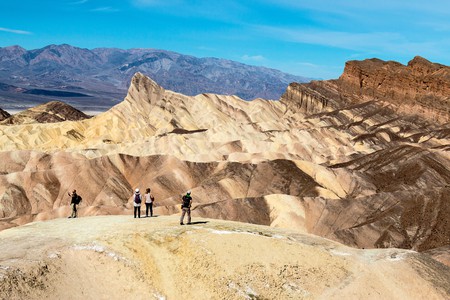 The California Gold Rush would bring the land its new name. In the winter of 1849-50, more than 100 wagons filled with pioneers attempted to cross the valley in pursuit of a shortcut. Many of them turned around, but those who continued the trek across the barren landscape ended up being lost for weeks, struggling to find fresh water and food. While some say only one person died, most of these ’49ers were sure they would meet their end here. When they finally found their way out, one of the men reportedly turned around and said, “Goodbye, Death Valley,” giving the land its new name. 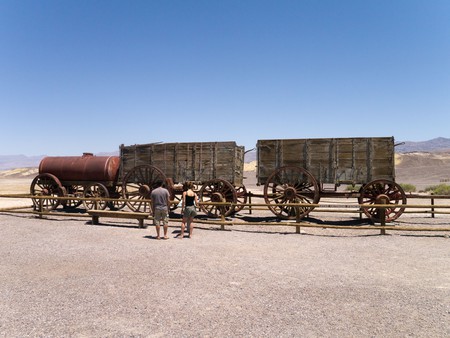 Other miners continued to come to the valley, though, as borax – a natural resource used to make soap – became heavily mined. Between 1883 and 1889, the area became famous for its 20-mule teams, which embarked on 10-day journeys, pulling wagons of borax 165mi (266km) from the mines to the railway near Mojave. Mining for gold and silver was also popular, and between 1900 and 1907, many boomtowns – now ghost towns – sprung up. 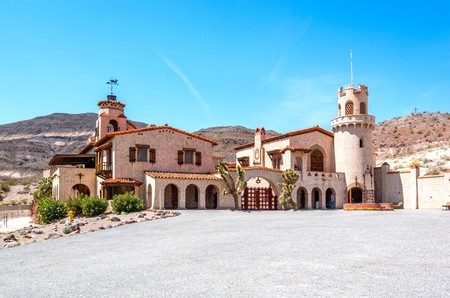 With increased accessibility, the valley soon became home to resorts and even a grand vacation home, the famous Scotty’s Castle. Now, it was no longer just miners and CCC workers who came to Death Valley. Tourists – attracted to the natural sites – started to make their way to the area, turning it into a popular winter getaway.

For decades, Death Valley has attracted visitors, but it wasn’t until 1994 that it became a national park. Today, people from around the world come to explore this historic and eerily beautiful land.

If you’re one of those people, why not book a stay at one of these excellent Death Valley hotels?