Coit Tower, named a San Francisco Designated Landmark in 1984, is one of the city’s most interesting destinations. Located on top of Telegraph Hill, it provides 360-degree views of the entire city. 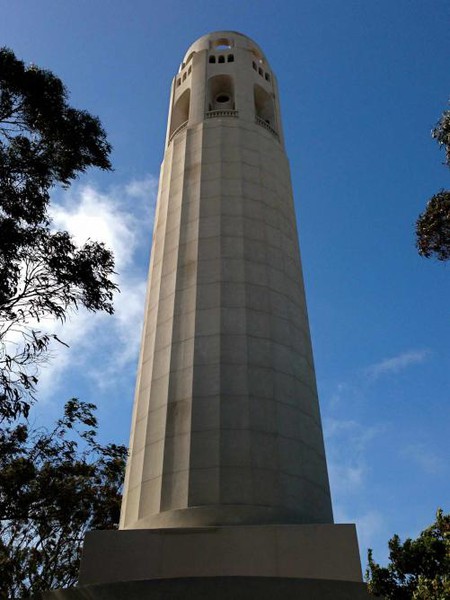 In 1858, Lillie Hitchcock Coit became the mascot for San Francisco firefighters at the young age of 15. After witnessing Knickerbocker Engine Co. No. 5, a private fire department, respond to a fire call on Telegraph Hill while understaffed, she dropped her books to assist them to the source of the fire. 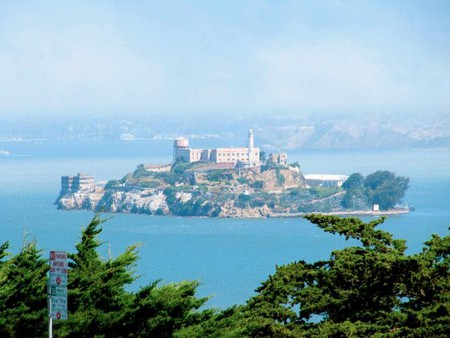 Alcatraz from the parking lot of Coit Tower | Rachel Kramer/Flickr

One-third of Coit’s remaining fortune was ‘to be expended in an appropriate manner for the purpose of adding to the beauty of the city which I have always loved.’ While a portion of that fortune was spent creating a Washington Square Park sculpture of three firemen, one carrying a woman in his arms, the majority of the funds created the Coit Tower.

Construction of the Tower

Coit Tower, after five years of construction, was completed on October 8, 1933. An additional $7,000 in city funds was given to complete the design of Arthur Brown, Jr., who was also the architect of San Francisco’s City Hall. The tower is a slender, white concrete column that rises 210 feet (64 m) high from the top of Telegraph Hill. Visitors can purchase tickets in the gift shop to ride to the top of the tower, which provides 360-degree views of the city and bay, including the Golden Gate and Bay bridges. Other views include those of crooked, winding Lombard Street, Nob Hill, Twin Peaks, Pier 39, and the Financial District. 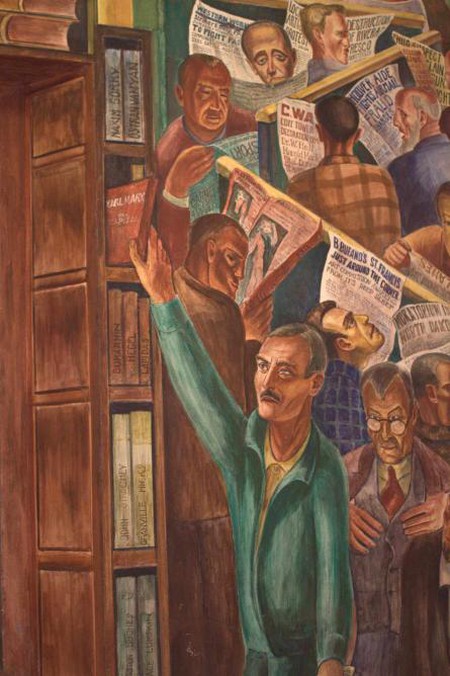 Coit Tower is covered in murals, created by 27 different on-site artists and many assistants. The project, entitled the Public Works Art Project, was the first of Franklin D. Roosevelt’s New Deal programs that hired artists. Their works depicted various political ideologies, including racial equality and leftist, Marxist ideals. For example, Bernard Zakheim‘s mural ‘Library’ portrays fellow artist John Langley Howard crushing a newspaper in his hand as he stretches for a copy of Karl Marx’s Das Kapital. However, some of the most contentious pieces were painted over after the longshoremen’s strike of 1934, when a conversation about the radical work became heated. Almost all of the murals are open to the public for free during day hours, although there is a stretch of murals in the spiral stairway that is only open to scheduled tours.

In 1984, Coit Tower was named a San Francisco Designated Landmark. Surrounded by Pioneer Park, it can only be accessed by one winding road and Muni‘s 39 bus line. There are many trails that tourists can use to travel through in the park, some of which are visited by the flock of parrots featured in the film The Wild Parrots of Telegraph Hill (2005). 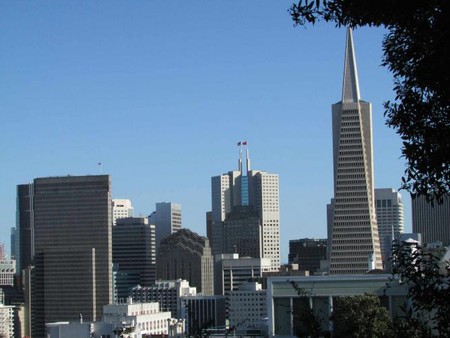 The top of Telegraph Hill and Coit Tower can also be reached via the Filbert Street stairs, passing along private gardens, quaint cottages, and magnificent views. On the other side of the tower are the Greenwich Steps, which let out on Montgomery Street.

To schedule a tour reservation, contact the Permits and Reservations Office at +1 415 831 5500. To access the observation deck at Coit Tower, guests must pay a $6 entrance fee, although seniors and children are offered discounts. Visitors are encouraged to take advantage of alternative methods of transportation to the top of the hill, as parking is limited at the landmark.