The Greatest Bands To Come Out of Los Angeles 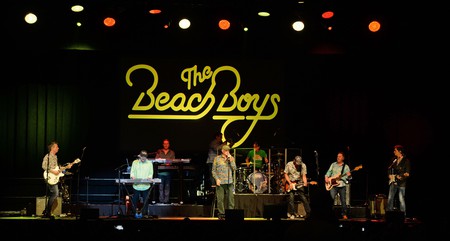 The Port of Los Angeles deals with $1 billion worth of cargo each day, but the city’s most valuable global export is perhaps music. LA’s uniquely conflicted culture – one of sunshine and wildfires, celebrities and riots, wealth and poverty – has long been a rich source of musical inspiration. Here’s our rundown of the top bands to emerge from the City of Angels.

A band that essentially became a meme, their number one hit song ‘Africa’ was ironically adopted by millennials as the greatest song ever. Toto formed in Los Angeles in 1976 when a pair of session musicians, David Paich and Jeff Porcaro, decided to start their own band. There are many rumors about how the band got its name, with the most popular being that they named themselves after the dog in The Wizard of Oz. 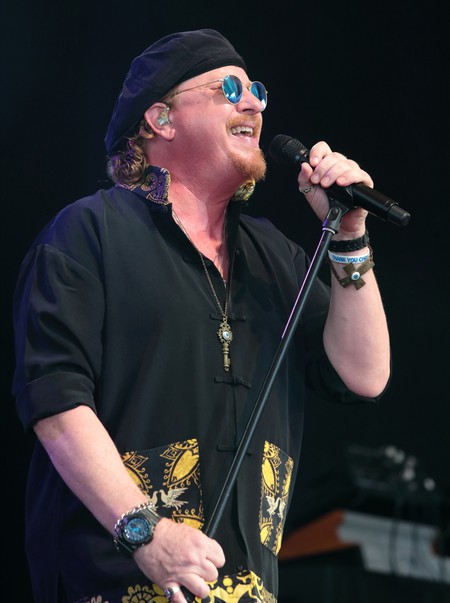 This band came to epitomize the classic rock genre in its later years and now lives on in the hearts of dads playing air guitar. The band’s key members came together in LA to form Guns N’ Roses in 1985, but most of them hailed from elsewhere. Axl Rose was from a working-class family in Indiana, and Slash was born in England. The band’s first single, ‘Welcome to the Jungle,’ was about Los Angeles, but with lines like “Welcome to the jungle / It gets worse here every day,” it was hardly complimentary. 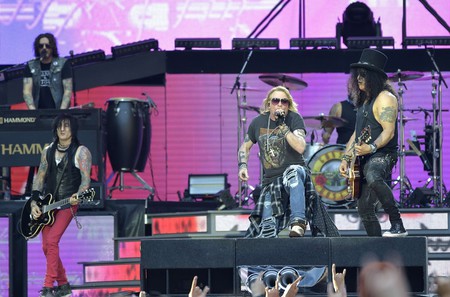 If you had caught this band in their early days, you’d have seen Tony Flow and the Miraculously Majestic Masters of Mayhem. Sadly, they soon gave up on this mouthful. The band was formed in 1983 by four classmates at Fairfax High School, near the border of West Hollywood. The careers of Anthony Kiedis and company got off to a pretty swift start, as they secured a seven-album deal only a few months after they formed. Kiedis sealed his place in his schoolmates’ band after performing an improvised rap called ‘Out in LA.’ 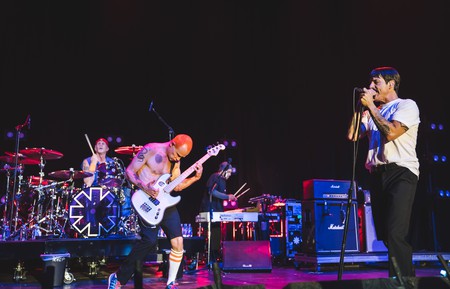 The Black Eyed Peas are another band to emerge from the eclectic 1980s LA school scene. In 1988, eighth-graders William James Adams and Allen Pineda met and started performing rap songs as a duo around Los Angeles – this was before they’d adopted their stage names, will.i.am and apl.de.ap. The hip-hop group was originally called Atban Klann, before changing the name to The Black Eyed Pods in 1995 and later to The Black Eyed Peas. They gained notoriety in the early 2000s with the addition of Fergie to the line-up. 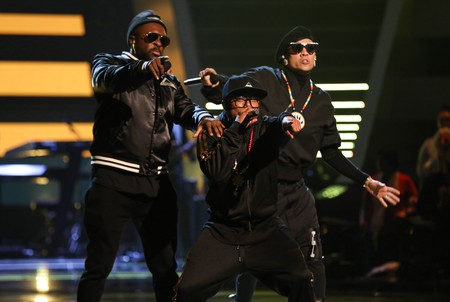 Rage Against the Machine

Rage Against the Machine guitarist Tom Morello graduated from Harvard with a degree in social studies before moving to LA. There he met Zack de la Rocha, and they formed a band in 1991. Their first public performance took place at The Quad of California State University. Memorably, the leftist group scored a Christmas number one in 2009 with their song ‘Killing in the Name’, producer and DJ Jon Morter having launched a successful Facebook campaign to stop The X Factor TV show from scoring a Christmas number one. 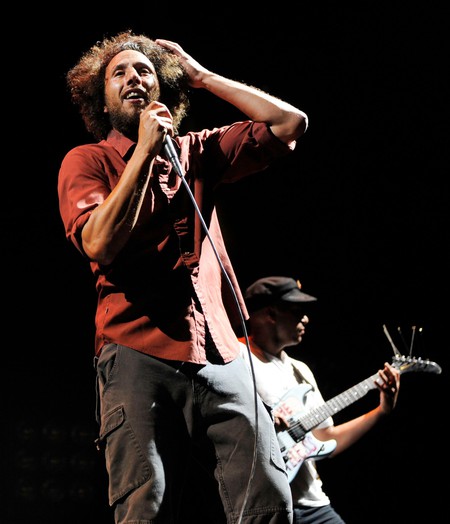 In the most country-rock move of all time, the name Buffalo Springfield came from a brand of steamroller. The line-up began to form in Ontario, Canada, when Neil Young met Bruce Palmer, but it wasn’t until both moved to Los Angeles that they joined up with Stephen Stills. After an audition, Buffalo Springfield became the house band at LA’s legendary club Whisky a Go Go for seven weeks in 1966. However, Young soon outgrew his first group and moved on to other ventures. 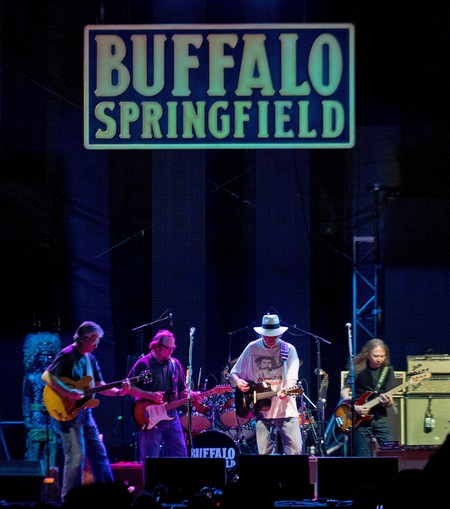 This folk-rock band came together in an LA folk club called The Troubadour. Jim McGuinn got talking to Gene Clark one night, and so began The Byrds. Although they were less commercially successful than many of the other bands on this list, most people have probably heard their jingle-jangle cover of Bob Dylan’s ‘Mr Tambourine Man’. When Dylan first heard it, he reportedly said, “Wow, man! You can dance to that!” The Byrds pretty much made a career out of covering Mr Dylan. 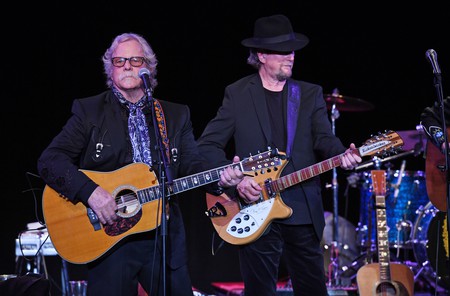 No casual conversations started this one off – drummer Lars Ulrich did things by the book. In 1981, he placed an advertisement in LA newspaper The Recycler, “looking for other metal musicians to jam with.” It took two ads and a visit to Whisky a Go Go before Metallica were fully assembled. However, the ferocious thrash-metal outfit left LA for San Francisco before their career properly began. 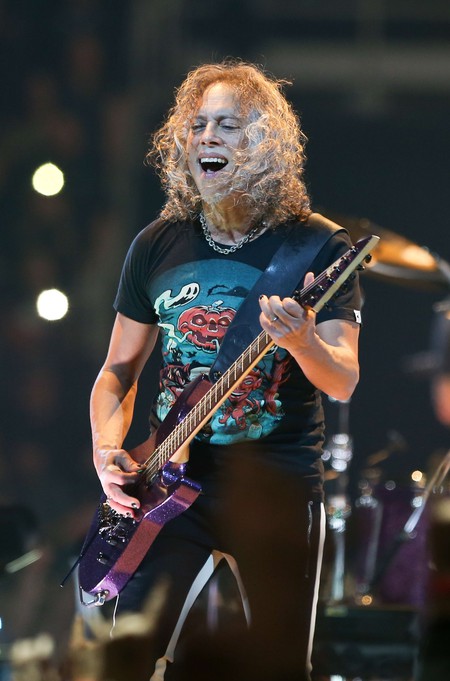 With over 100 million records sold worldwide, The Doors are one of the best-selling bands of all time. This is quite an impressive feat when you consider that they disbanded in 1973, two years after Jim Morrison’s death. The band started with a conversation between schoolmates Morrison and Ray Manzarek on Venice Beach in July 1965. By 1966, a four-piece called The Doors were the house band at Whisky a Go Go. 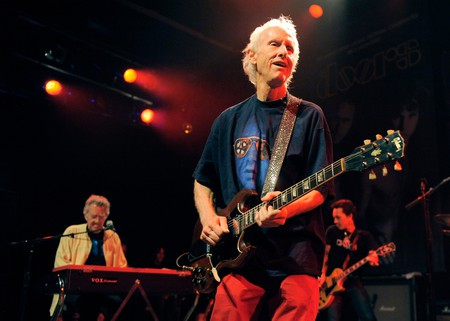 The Doors, seen here during a reunion concert, are one of the best-selling bands of all time | © Chris Pizzello / Invision / AP / REX / Shutterstock

Perhaps the most obvious of the bands to hail from Los Angeles, The Beach Boys actually formed in the LA-adjacent town of Hawthorne, California. The three Wilson brothers (plus cousin Mike Love) formed the band’s original line-up, which is perhaps why their harmonies were so good. No band will ever be so inextricably linked with surf culture and California life as The Beach Boys. 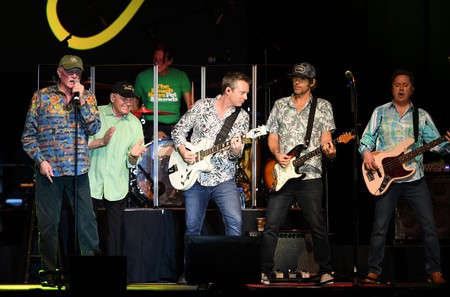