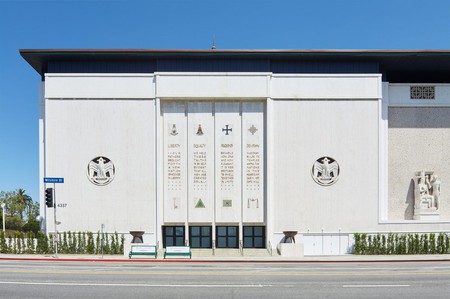 To showcase their formidable international art collection for everyone to enjoy for free, the Marciano brothers have opened the Marciano Art Foundation on Wilshire Boulevard, Los Angeles.

In 1981, a small denim clothing company was founded in California by two brothers from the South of France. As Maurice and Paul Marciano built their now world-renowned fashion brand, they also began to accumulate an impressive art collection. 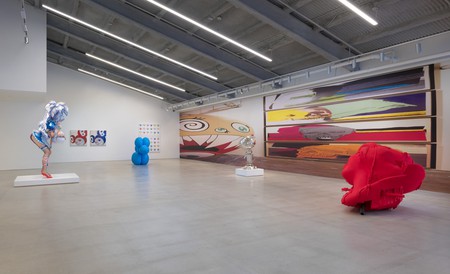 Initially attracted to the works of painters such as Gerhard Richter and Roy Lichtenstein, the Marciano brothers forged relationships with artists like Ed Ruscha and began expanding their collection to include works by established, as well as emerging, artists from around the world.

Wanting to share the things they’d most enjoyed in life, in 2012 the brothers established the Marciano Art Foundation; soon after, the former Scottish Rite Masonic Temple in Hancock Park was purchased with the intention of transforming it into a contemporary art foundation. 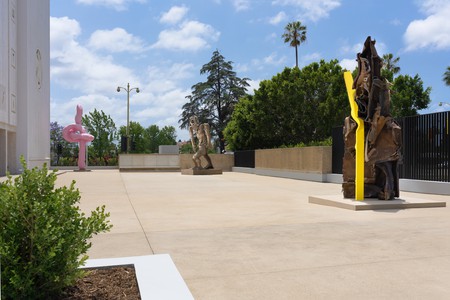 The Sculpture Courtyard, 2017 | Courtesy of the Marciano Art Foundation

Now five years on, the extraordinary building, which was repurposed by Kulapat Yantrasast of wHY Architecture and Design, has opened with two fascinating exhibitions: a much overdue survey of LA-based artist Jim Shaw and UNPACKING, which rightly highlights the extent of the collection. 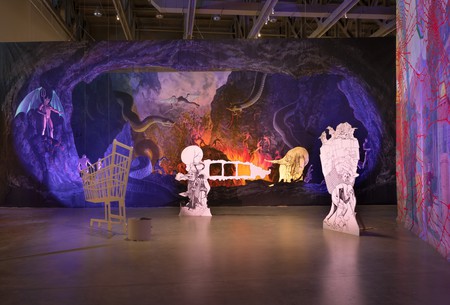 Although Jim Shaw has lived and worked in Los Angeles since the 1970s, he’s never had a comprehensive showcase on the West Coast. So for the opening of the foundation he conceived the site-specific exhibition, The Wig Museum, specifically for the building’s former theater, with its 40-foot-high (12 metres) ceiling. Playing on the former use of the building, Shaw’s multimedia installation, which spans his career, appropriates the theatrics of the Freemasons to full effect. 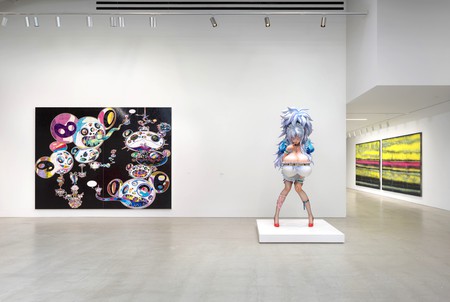 Curated by Philipp Kaiser, UNPACKING: The Marciano Collection brings together 100 pieces by artist like Jeff Koons, El Anatsui and Glenn Ligon to show the ‘breadth and depth’ of the 1,500-plus collection. In part inspired by an essay written by German philosopher Walter Benjamin that considers how a collector collects, the premise of the show also reveals the relationship between unrelated artworks. 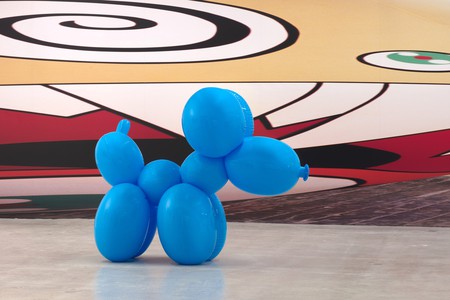 From abstract painters Christopher Wool and Albert Oehlen to figurative sculptures by Paul McCarthy and Takashi Murakami, the exhibition ‘unpacks’ the eclectic and electric nature of two collectors. It also illuminates their supportive nurturing towards projects with the inclusion of Ryan Trecartin and Lizzie Fitch’s film Ledge, which was filmed entirely on site during the renovation work. 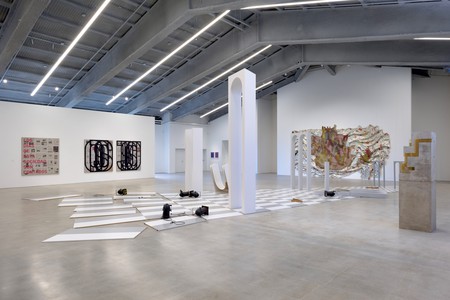 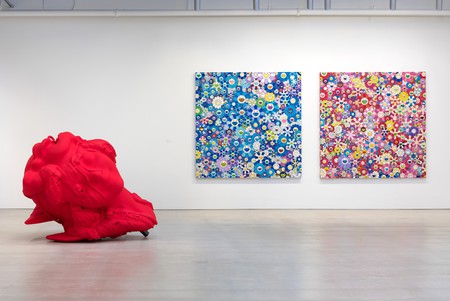 Unpacking: The Marciano Collection is on until December 24, 2017, and Jim Shaw: The Wig Museum has been extended until January 13, 2018.

Marciano Art Foundation, 4357 Wilshire Boulevard, Los Angeles, CA 90010. Opening times: Wednesday (school tours only), Thursday-Friday 11am-5pm and Saturday 10am-6pm. Entrance is free but tickets must be reserved in advance as entry will not be given to anyone without a ticket.