The Dark And Distinctive Elements Of Film Noir 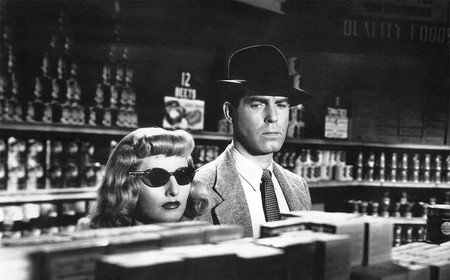 While critics disagree about the categorical boundaries (some argue that true noir films must have been made during the post-World War II 1940s to early ’50s), the cinematic elements of film noir and its darkly compelling themes are unequivocal. Read on to explore film noir’s most distinctive qualities. 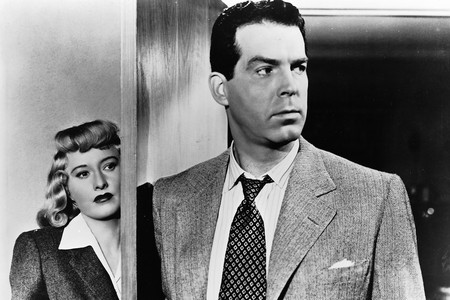 Billy Wilder’s Double Indemnity (he co-wrote it with Raymond Chandler) is a widely regarded paradigmatic film noir wrought with tropes of the genre. Noir films mostly revolve around a central, male anti-hero – they’re hard-boiled tough guys with tragic flaws, cynical detectives, aimless grifters, callous gangsters, or like Walter Neff in Double Indemnity, victims of circumstance. Walter, played by Fred MacMurray, is a fast-talking insurance agent paying a routine house call when he gets lured into a wicked plot to murder an unsuspecting client for a big insurance payday. First-person narration puts the audience in Neff’s shoes, intimately experiencing his vexed compulsion to fulfill the dastardly plot. 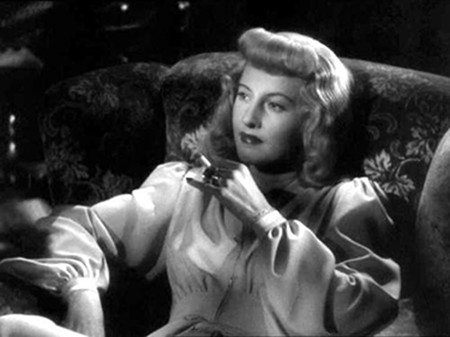 Barbara Stanwyck plays Phyllis Dietrichson in Double Indemnity (her name is no doubt a nod to premier silver screen seductress Marlene Dietrich). Upon their first meeting, she intrigues Walter with her self-possessed demeanor, bright blonde bangs, and enticing ankles. Phyllis exploits her feminine wiles to cooly spin a web with Walter at the center. She’s a classic femme fatale as a woman with ‘plans of her own,’ a calculating two-timer ‘rotten to the heart,’ an unhappy wife wanting freedom at any cost. She’s calculating, determined, and, though her plan is flawlessly executed, archetypically doomed. Femmes fatales Eva Gardner, Joan Bennett, and Rita Hayworth similarly beguile, bewilder, and backstab their way into our hearts. 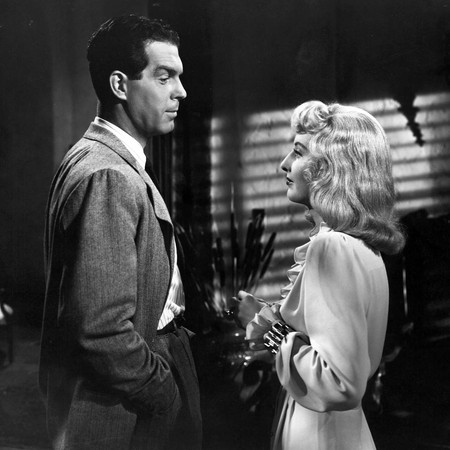 Quick-witted, cool, and quotable – so goes the biting, cheeky dialogue of film noir.

‘I was thinking about that dame upstairs, and the way she had looked at me,’ Walter thinks to himself, ‘and I wanted to see her again, close, without that silly staircase between us.’ The first-person narration in Double Indemnity allows Walter to cut to the chase, but he’s just as straight shooting with Phyllis in the scene of her demise:

Walter: [after Phyllis shoots a gun at him, missing him] You can do better than that, can’t you, baby? You’d better try it again. Maybe if I came a little closer? How’s this? Think you can do it now? [She lowers her gun, trembling. He takes the gun] Why didn’t you shoot again, baby? Don’t tell me it’s because you’ve been in love with me all this time.

Phyllis: [crying] No, I never loved you, Walter, not you or anybody else. I’m rotten to the heart. I used you just as you said. That’s all you ever meant to me. Until a minute ago, when I couldn’t fire that second shot. I never thought that could happen to me.

Phyllis: I’m not asking you to buy. Just hold me close. [she hugs him, but then draws back when she feels the gun against her]

Walter: Good-bye baby. [He shoots her] 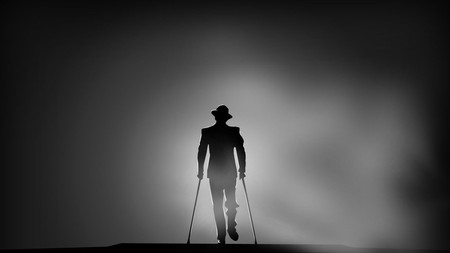 Film noir literally translates to black film in French. Though darkly themed narratives spawned the namesake, many noir films are notably high contrast and shot on black-and-white film. The genre’s aesthetic influences include German Expressionism, whose asymmetrical tendencies and dramatic use of light and shadow (chiaroscuro in drawing and painting) can be seen throughout noir films in off-kilter camera angles, direct front and side lighting, mysterious silhouettes, and the quintessential striped light filtered through the blinds of a shrewd detective’s office.