The Coolest Museums In Fresno

Fresno is a city entrenched in history and full of residents with a passion for expanding the mind, both of which are reflected in the city’s museums. Fresno’s rich, diverse background has led to the development of a number of unique and interesting museums, perfect for both visitors and locals looking to experience something different and learn something new. Below, we guide you through the coolest museums you won’t want to miss in Fresno, California. 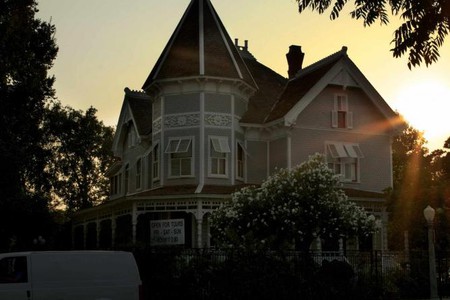 A tribute to the beauty of Victorian architecture, the Meux Home Museum is a magnificent two-story edifice with artfully composed roofs that thrust skyward from the second story. Its exterior walls are covered with a variety of textures and decorations including horizontal clapboards, fish scale and variegated shingles, and ornamental floral-like relief work. It has an expansive verandah designed to provide protection from the hot valley sun, held up by beautifully turned spindles accented with ‘gingerbread.’ With furnishings from the Victorian period, the Meux Home serves as a house museum representative of middle-class Victorian Fresno. There, a costumed docent leads visitors on a one hour tour of the restored urban dwelling of the 1890s, filled with windows complimented by bat-wing shutters and an interesting octagonal master bedroom with a steep, turreted roof. There are ten rooms throughout the house with typical Victorian family furnishings, including a pie safe in the kitchen as well as a library and portrait showing the young Dr. Meux on his way to join the Confederate Army. 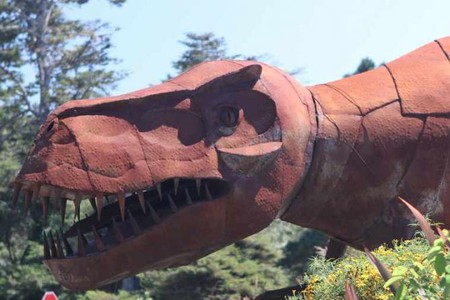 Less of a traditional museum and more of an interactive science arcade, The Discovery Center Museum is a place where every child can find something they love to explore and investigate. Founded in 1954, the center is a fully self-funded non-profit community educational history and science education center dedicated to offering children a hands on learning experience to stimulate a passion, curiosity, and wonder for the environment and physical sciences. The museum’s exhibit areas include Space, Paleontology, Natural Science, Music, Electricity and Magnets, Native American basketry and artifacts, as well as live ‘animal ambassadors.’ Surrounding the museum, there is a giant rolling meadow with large shady trees, picnic benches, and several outdoor attractions including a historical barn, Waldon Pond, Yokut Indian houses, the Deutsch Cactus Garden, Egyptian mystery maze, gemini space capsule, Dino Dig, and a tortoise enclosure, as well as plenty of ducks, birds, and squirrels. The model T-Rex along the walking path is also a sight you must see! 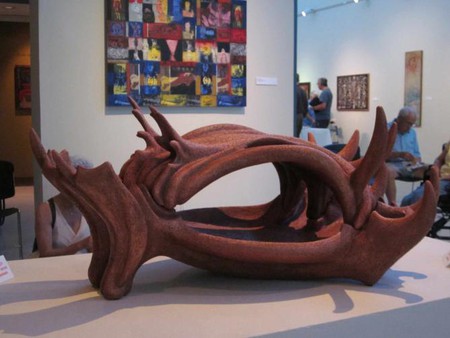 Offering a dynamic experience for appreciating art, the Fresno Art Museum welcomes, inspires, and educates a diverse regional audience through significant exhibitions, thought-provoking programs, and meaningful interactions with artists and the creative process. The museum got its start in the late 1940s, when a group of local artists decided that they wanted to provide a forum to exhibit and critique each other’s work and to share their enthusiasm for art. Today, the museum focuses on modern and contemporary works by American artists, including paintings, sculptures, prints, photographs, and other media, as well as Pre-Columbian works from Mesoamerica and the Andes, in addition to both modern works and folk art of Mexican origin. The museum’s exhibitions include a wide range of visual arts media by local, national, and international artists, many of which reflect the visual arts traditions of the ethnic groups that contribute to the rich diversity of the Central Valley. In recent years, inquired prominence has been given to cultural and issue-related exhibitions in a variety of artistic media. 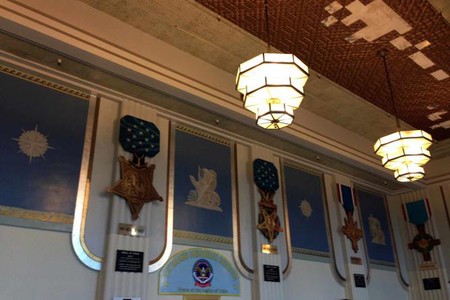 Known as the ‘Home of the Legion of Valor,’ the Veterans Memorial Museum grew out of the efforts of several dedicated Legion of Valor members and their wives, who worked with the City of Fresno to use the beautiful Veterans Memorial Auditorium. The Legion of Valor is an organization with membership limited to members of the Armed Forces that are recipients of the United States’ two highest decorations for valor. Staffed entirely by volunteers, the museum houses thousands of items and papers donated by Legion of Valor members as well as others. Numerous framed citations, photographs, and exhibits, as well as uniforms and equipment of different eras, tell the story of America’s wars as seen by individual soldiers, sailors, marines, and airmen. With everything from bazookas, bombs, rifles, guns, and cannons to pieces from battleships and battle planes, gas masks, and showcased swords, the Veterans Memorial Museum is one of the most extensive veteran’s museums you’ll find. 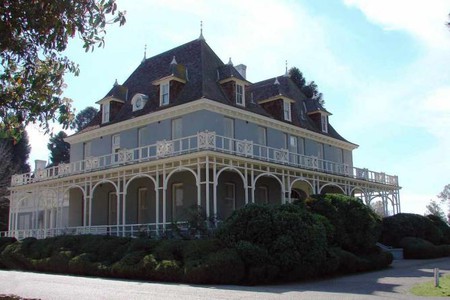 Once the estate and ranch of the Raisin King M. Theo Kearney, Kearney Historic Site is today one of the Central Valley’s most important agricultural historical sites. It tells the story not only of the colony farm system and the development of the raisin industry, but also that of the development of agribusiness in California’s Central Valley and the Valley’s transformation into the most productive agricultural region in the world. Visitors can go on a one hour tour of the beautiful mansion, with its stunning architecture and well restored interior, as well as the lush green park, while learning about the history of the place. The turn-of-the-century ranch manager’s residence, now known as the Superintendent’s Lodge, was part of the ranch headquarters of Kearney’s Fruit Vale Estate, and visitors are led through its many rooms filled with decorations reminiscent of older times, by a knowledgable and friendly guide. The tour ends with a visit to the museum store, located in the old kitchen, that sells many great items.