The Controversial Japanese Castle Sitting In The Hollywood Hills 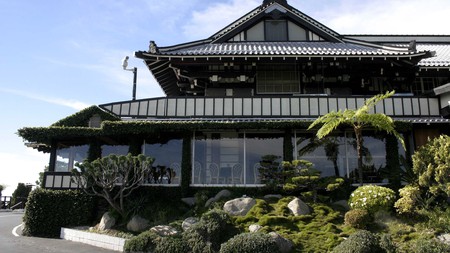 Yamashiro Restaurant in Los Angeles has a controversial past but is still standing proud in the Hollywood Hills. | © Sipa/Shutterstock

Boasting stunning Japanese-style architecture, superb views of the city and serene outdoor spaces, Yamashiro has been an eye-catching yet divisive presence in Hollywood for over 100 years. Here’s a look at why it’s impossible to ignore the ‘palace in the hills’.

Completed in 1914, Yamashiro is a collection of structures that was the brainchild of a committee consisting of two German brothers and an architect from New York. The main building is based on the design of a real palace that once existed in the mountains near Kyoto. The result is a vast structure that borrows from a multitude of Asian influences – chiefly China and Japan – and is now also home to one of the trendiest restaurants in Hollywood. 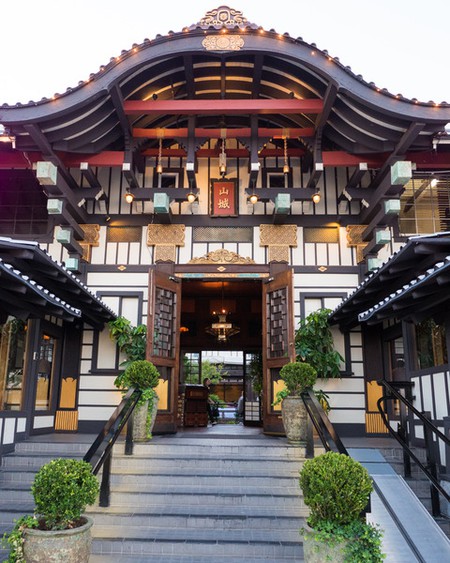 The exterior of Yamashiro is based on a real castle from Japan | @ robb_zbacnik / RJLAphoto.com

You might have already stepped (virtually, at least) into the elaborately decorated outdoor dining space of Yamashiro without realising it. In the Oscar-nominated Nocturnal Animals (2016), star Amy Adams can be seen in the pivotal final scene awaiting her date in an unmistakable space that could only be part of this restaurant in North Hollywood.

Other films and TV shows have made the most of the exteriors – which, despite being over 100 years old, are still an imposing presence overlooking LA. Director Joshua Logan chose the palace as the officers’ club in his Academy Award-winning 1957 film, Sayonara. Other appearances include Gone in 60 Seconds (2000) and Memoirs of a Geisha (2005). During the 1950s and 60s, Yamashiro was a regular sight on TV with turns on series such as I Spy, Route 66, Perry Mason and My Three Sons. 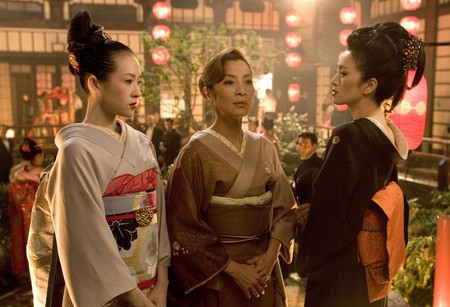 The movie adaptation of ‘Memoirs Of A Geisha’ (2005) was filmed in the Inner Courtyard. It’s one of a number of film and TV projects shot on location at Yamashiro. | © David James/Columbia/Dreamworks/Spyglass/Kobal/Shutterstock

Most visitors to Yamashiro will also find it impossible to resist the allure of the views of Hollywood from this lofty vantage point.

Literally translated from Japanese as “mountain palace”, Yamashiro was first conceived by German-born cotton barons Adolph and Eugene Bernheimer. The pair were avid collectors of Asian art and artefacts and, as well as living in the building, they used it to house their vast collection. New York architect Franklin M Small and local architect Walter Webber were tasked with bringing the Bernheimer brothers’ vision to life, and their Asian-fusion creation was finished more than a decade before the more famous Chinese Theatre on Hollywood Boulevard.

Today the property is best known for the restaurant serving modern Asian-fusion food of its own. In recent years a debate has flared up concerning the authenticity of the buildings. Is Yamashiro not just another example of cultural appropriation? 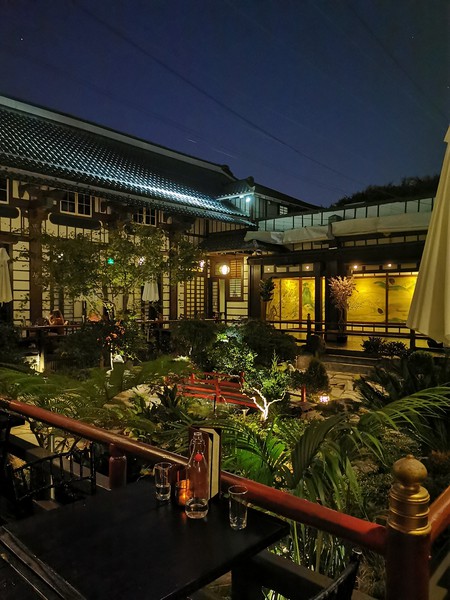 The interior of Yamashiro is an escape from LA, but is it an ‘authentic’ experience? | © Cassam Looch/Culture Trip

LA Times columnist Frank Shyong wrote about how the “utterly unique” building is also an “inauthentic fantasy that has generated profits exclusively for non-Japanese people.” Arguably the most famous feature of Yamashiro is the pagoda, an original 600-year-old import that now sits by the Hollywood Hills Hotel pool. Most of the materials were brought in from Japan with Chinese labourers used to build the palace. There is, however, no escaping the American influence inherent in the designs by local architects.

The Bernheimer brothers sadly only got to spend a limited period of time in their home. During the roaring 20s, Yamashiro became the 400 Club, a popular party venue with A-list celebrities of the era. After the Pearl Harbour bombing during World War II, anti-Japanese sentiments stirred across America, with vandals attacking the building before it was converted into several apartments and student housing.

The property has changed hands many times since, struggling to find a true identity in the years since it was built. In 2012, Yamashiro Historic District was added to the National Register of Historic Places. This too has angered the Japanese population of LA. They argue that the Downtown area of Little Tokyo faces constant threats of redevelopment despite being home to people from Japan for generations, while what many consider to be a caricature of Japanese culture in the Hollywood Hills gets protected status. 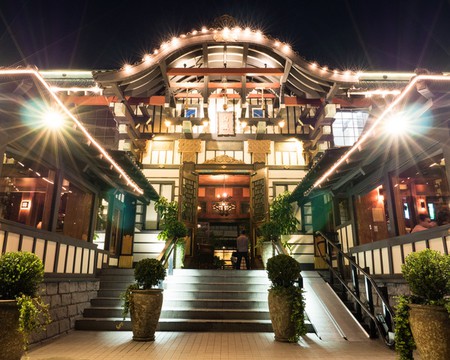 Yamashiro offers some of the best views of LA, and takes on a surreal quality when experienced at night | © Robb Zbacnik

Today the restaurant is helping the Yamashiro district return to something approaching its glory days. The grounds outside host pop-ups and night markets with the gardens a popular escape from the city below.

To find out more about Yamashiro and Los Angeles, visit Discover LA for the latest news about the city.