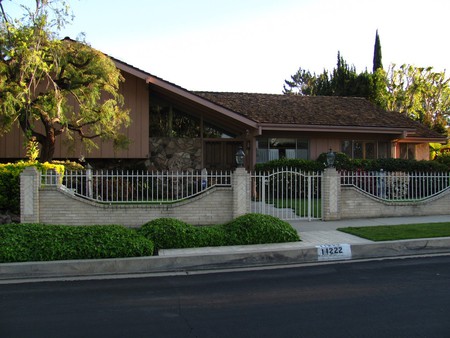 Potential buyers include developers eyeing the land, but not the iconic home.

Here’s the story of a lovely house in Studio City that was equipped with three very lovely bathrooms. The trim is gold, and it has two bedrooms; the lot’s a third of an acre, too.

Perhaps this sales pitch is not as catchy as The Brady Bunch theme song, but the sentiment’s there: The Brady Bunch house is for sale. According to the property’s Redfin listing, the ranch-style house, located on 11222 Dilling Street in Studio City, is listed for $1.85 million. The 2,477-square-foot dwelling sits on nearly a third of an acre of land and is supposedly the second-most photographed home in the United States after the White House.

The iconic house was used as the exterior of the cult classic television show, which ran from 1969 to 1974. The sellers have owned the property for 45 years.

Fans and cast members alike reacted to the house going up on the market. “Even though I never stepped inside this house, it is up for sale now. It was used on The Brady Bunch for our exterior. It will always hold a very special place in my [heart]!” tweeted Maureen McCormick.

Even though I never stepped inside this house, it is up for sale now. It was used on the Brady Bunch for our exterior. It will always hold a very special place in my ❤️! 🏡 Sooooo many amazing memories!
💏👩‍🍳👩‍👩‍👧👨‍👨‍👦🐶🐱 pic.twitter.com/hWoCvsbJSb

Celebrities like Lance Bass and Miley Cyrus have shown interest in buying the nostalgic home, according to Us Weekly; however, Deadline reported that developers are interested in buying the property for its land—the .29 acre lot is one of the largest in the neighborhood—and might tear down the historic house. Luckily, the current owners would rather sell to someone who’s interested in preserving the abode.

“We’re not going to accept the first big offer from a developer who wants to tear it down,” listing agent Ernie Carswell told the Los Angeles Times. “We’re going to wait a few days, in case there are others who want to purchase it as an investment to preserve it.”

So will a celebrity save the day? Or will someone else who has $2 million laying around? One can only hope.