The Best Ways To Celebrate Halloween In San Francisco

You know the countdown for Halloween has begun when showings of Hocus Pocus and Halloweentown start appearing in your TV Guide. Now is the time to buy event tickets and candy for all the trick-or-treaters. There are so many ways to celebrate Halloween in the city, but luckily for you, we’ve created a guide with our top picks for having a spooktacular time with your friends and families! 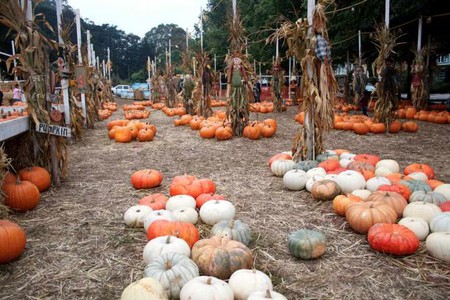 Clancy’s Pumpkin Patch opened in 1979 as San Francisco’s very first pumpkin patch and has been thriving ever since. The patch is open from October 1st-31st, 9am-9pm every day and brings the city an abundance of pumpkins in every shape, size and type imaginable, including Sugar Pie pumpkins, Cinderella pumpkins, blue, white, and striped pumpkins. Clancy’s also has gourds, corn stalks, and Indian corn. They offer traditional fall activities such as a race through their hay maze or a hayride in the center of San Francisco. Make a trip out to Clancy’s Pumpkin Patch this season!

Celebrate this year’s Halloween with the 40th anniversary of the Rocky Horror Picture Show hosted at the Davies Symphony Hall. The San Francisco Symphony will be performing a spooky orchestral pre-show with music from classic Halloween films such as Beetlejuice, The Witches of Eastwick, Poltergeist, Basic Instinct, Psycho, and more. This event is only taking place on October 31st at 7:30pm, so buy your tickets now! The Rocky Horror Picture Show and San Francisco Symphony Halloween edition orchestral show is going to be an unforgettable experience you won’t want to miss. 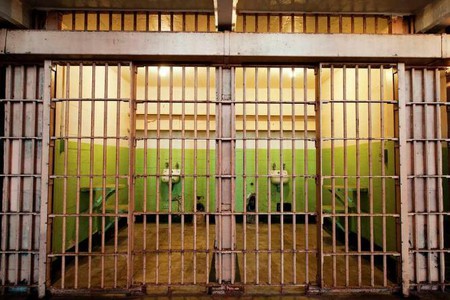 The Alcatraz Night Tour and Chinatown Ghost Tour are two of the darkest and most chilling historical walks through the past that the city has to offer, which is why they are one of the best ways to spend this year’s Halloween. Both of these tours run year-round, so if you want to save these haunting attractions for another time and take tours that are only available during this season, we’ve got you covered. The Ghost Walk at City Hall is offered only once a year and is taking place on Friday, October 23rd at 6:30pm. This year’s tour will be given by Rob Spoor who will be sharing a little bit about the disinterred remains, assassinations and other ghostly lore that have taken place in the Civic Center. Occurring on limited dates during the weekends of October, the Haunted Haight Walking Tour is another eerie attraction, which is presented by San Francisco Ghost Society. Purchase your tickets for these ghost tours now if you dare!

There is an overwhelming amount of 21+ costume parties taking place in San Francisco on Halloween weekend, but to make things easier for you, we’ve put together a comprehensive list of the city’s top celebrations. Our top picks for Friday, October 30th include the San Francisco Halloween Pub Crawl happening on Union Street, the Ghost Ship Halloween VIII: ANNIHILATION taking place at Pier 70 and, of course, the Halloween International Ball held at the W Hotel. The top parties for Halloween, October 31st are Nightmare On Van Ness hosted at the Regency Ballroom and The Black Pearl Halloween Yacht Party taking off from Pier 40. Tickets are selling fast, so purchase yours before they all run out. Get ready for a frightfully fun and wild Halloweekend! 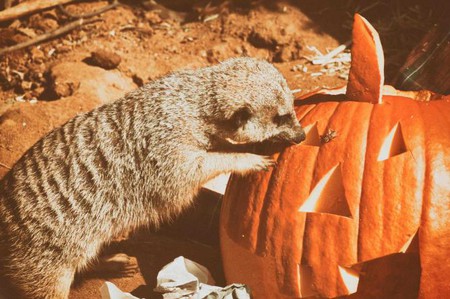 Boo At The Zoo | © David Goehring/Flickr

Boo At The Zoo

Join the San Francisco Zoo for their ‘not too spooky’ Halloween family festival, Boo At The Zoo, taking place October 24th and 25th from 11am-4pm. You’ll be able to trick-or-treat around the zoo and watch your favorite animals enjoy pumpkin treats. The jubilee will also have live music, holiday-themed crafts, bounce houses, a haunted nature trail, wellness activities, and more! Boo At The Zoo participants can enjoy this event with the standard San Francisco Zoo admission costs and members attend for free. Check out their website for more festival details!

Brie Shimada, a Sacramento native, is currently studying Communication Studies at San Francisco State University. She can either be found capturing photos of the city, reading a good book at Blue Bottle, or shopping local at one of the many farmer’s markets in San Francisco.