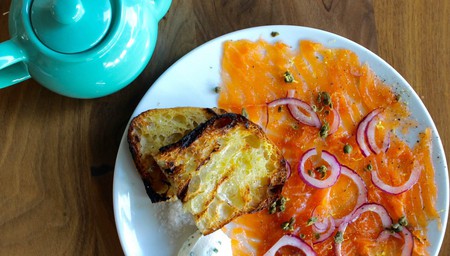 Larchmont Village is a green, serene, and quaint Los Angeles neighborhood just a hop and a skip away from the Hollywood hustle. The epicenter, Larchmont Boulevard, is full of mom-and-pop shops as well as some high-end restaurants that give the area a secluded, exclusive feel. Here are the boulevard’s best addresses when you’re looking to grab a bite in the neighborhood. 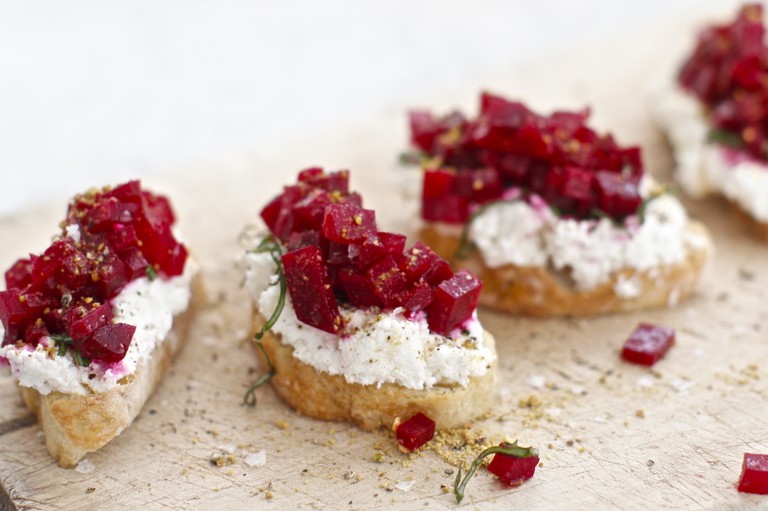 Beet Crostini | © Courtesy of Vernetti
Vernetti is a sophisticated Italian restaurant that serves hearty portions of aesthetically pleasing foods in a casual setting. Breakfast primarily includes oatmeal, granola, pancakes, toast, and omelettes. There is also a diverse selection of baked goods such as muffins and rolls. Guests who stop by should try the panini, a pasta dish, antipasti, or secondi as they offer a selection of the most classic Italian foods. This restaurant is known for being both modern and traditional which is ideal for people who enjoy a mix of both worlds.
Open In Google Maps
225 North Larchmont Boulevard, Central LA, Los Angeles, California, 90004, USA
+13237985886
Visit Website
Give us feedback

Restaurant, Caribbean, American, 0
Facebook
Email
Twitter
Pinterest
Copy link
Share
This Caribbean and Latin American restaurant will ignite your passion for fine ethnic cuisine. The red and green sauces, guacamole,and veggies look as if they are bursting with vitamins and are as delectable as they look. There is also a selection of barbecued meats which complete the meal. The dining room has a sky painted on the ceiling with elegant, golden chandeliers hanging from it. The restaurant tends to be on the pricier side, but the fine cuisine and attentive service are worth it. There is also a food blog on the website that is insightful.
Open In Google Maps
Give us feedback 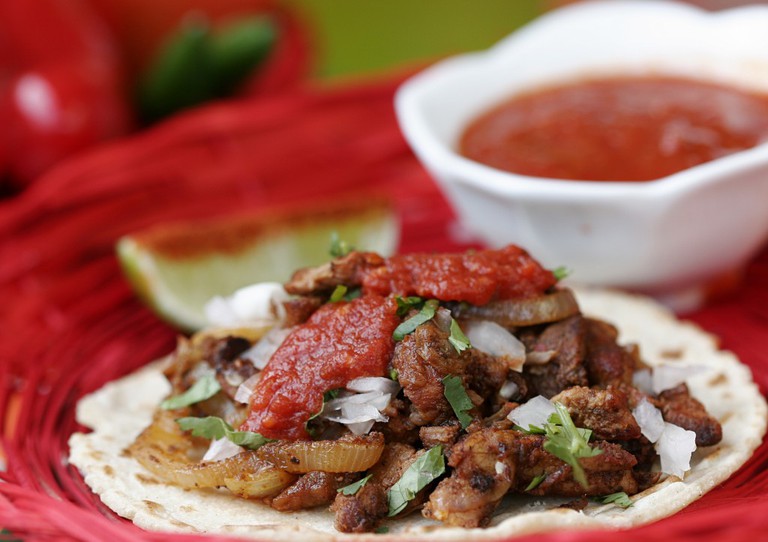 Asada Taco | © Courtesy of Pinches Tacos
The subtitle of this restaurant says ‘real Mexican food by real Mexicans,’ giving you an idea of the authenticity of this café. The menu is long and has a fine selection of tacos, burritos, sopes, tortas, enchiladas, taquitos, sides, and drinks. This restaurant is rooted in history and involves great uncles that would run with Pancho Villa, and the restaurant has been built to fit into the vibe of the Larchmont Village. This restaurant has also been featured numerous times on TV shows and on the news, such as on the KTLA Morning News and in an episode of ‘The Hills’ which is a testament to its distinction and quality. Asada Taco | © Courtesy of Pinches Tacos
Open In Google Maps
8200 Sunset Boulevard, Sunset Strip, Los Angeles, California, 90046, USA
+13236500614
Visit Website
Give us feedback

Restaurant, Greek, $$$
Facebook
Email
Twitter
Pinterest
Copy link
Share
Map View
This restaurant prides itself on having grass fed beef as well as authentic Greek food. Upon walking into this restaurant, diners will feel as if they are on a Greek island. White and green colors are the dominant themes of the interior, and there are historically themed Greek photos adorning the walls. Lunch entrées include moussaka and and a variety of gyros. This restaurant celebrates the Hellenic lifestyle and even has a neat herb-of-the-month section listed on its website.
Open In Google Maps
127 North Larchmont Boulevard, Central LA, Los Angeles, California, 90004, USA
+13234645160
Visit Website
Give us feedback

This pizzeria was started by someone who missed eating pizza in his hometowns of Brooklyn and Queens. The pizza has no additives and is baked fresh. Village Pizzeria makes their own toppings and sausages to ensure great quality. The pizzas are hand spun and include either a thin or thick crust. Neapolitan and Sicilian are the two pizza types served, but they come with a large variety of topping choices. When undecided on what to try, choose the Village Special, pizza made with homemade meatballs or sausage as well as mushrooms, peppers, onions, olives, and anchovies. Those who want to sample all the varieties may want to try eating by the slice. There are also other options on the menu, like pasta, soup, salads, and a selection of desserts. Catering is available as well. 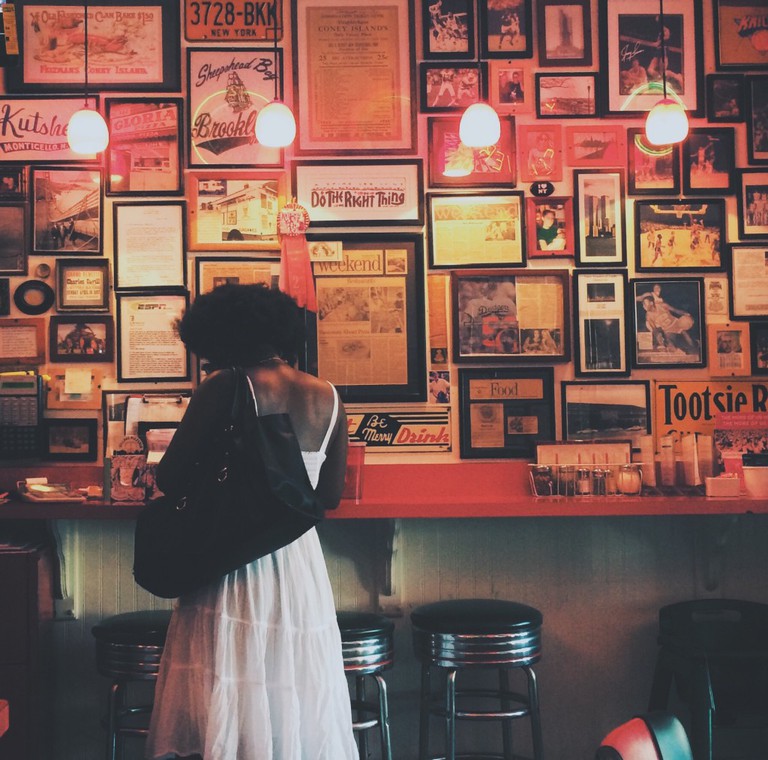 Larchmont Bungalow is a charming bungalow that serves red and blue velvet pancakes as well as hearty meals. Egg Benedict, French toast, and omelettes are some great breakfast options at this bungalow. Some delectable dinner items include soups, wraps, salads, sandwiches, and burgers. This café is very vegan and vegetarian-friendly. Sustainable coffee and custom-crafted tea are specialties at this café, which complement the selection of baked goods. There is a cozy fireplace and a lush outdoor seating area for guests to enjoy.