The Best Places To Watch Planes At LAX, California

With its congestion and dated facilities, LAX in Los Angeles is widely considered one of the worst airports in the USA to fly from. But why not lighten your experience with plane-watching? The following locations have a spectacular view of aircraft. 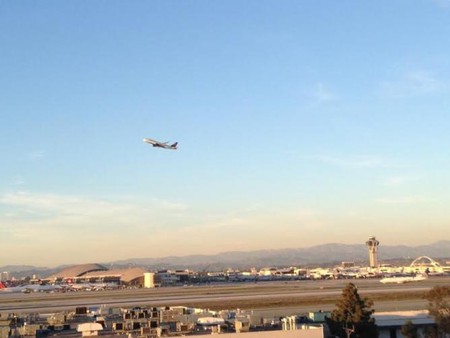 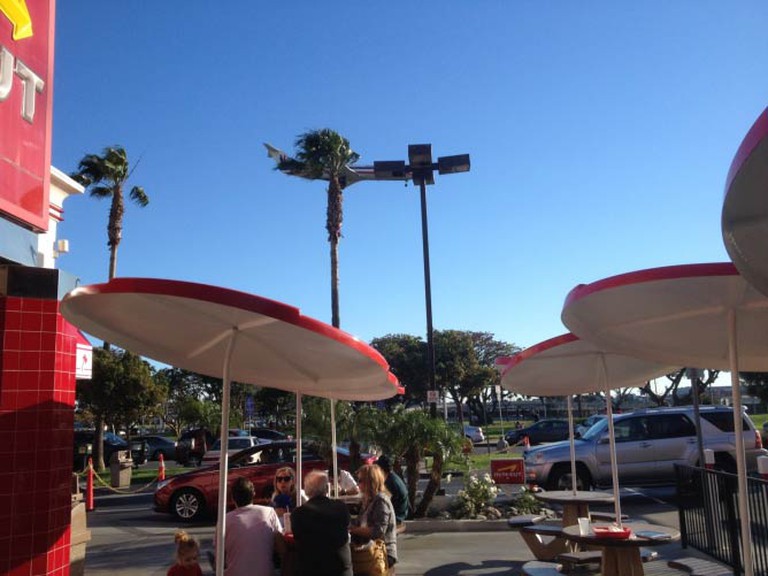 Westchester In-n-Out Burger | Courtesy Ryland Lu
Along the north sidewalk of Imperial Avenue in El Segundo, a handful of benches and tables demarcate one of the most popular plane-watching spots in Los Angeles. The misleadingly named ‘Clutter’s Park’ offers sweeping views of LAX’s south runway and the adjoining terminals. On a smog-free day, you can take amazing photographs of planes taking off and climbing against the backdrop of the Santa Monica and San Gabriel Mountains. Not surprisingly, crowds of plane-watchers line this stretch of pavement at all hours of the day (even at two in the morning, according to one frequent visitor), so you should plan your visit accordingly.

At the Westchester In-N-Out Burger, you can watch landing planes while downing a double-double with a side of animal fries. A snapshot of a plane flanked by palm trees with the legendary ‘In-n-Out drive through’ sign in the foreground provides definitive proof that you are near LAX rather than JFK or O’Hare. When you are finished eating, head over to the little park on the opposite side of 92nd Street to get a close-up view of planes taxiing and taking off on the north runway, which begins to the west of the park. The park’s location directly under the north runway landing path allows you to get breathtakingly close to planes descending onto the runway — so bring earplugs.
In-N-Out Burger, 9149 S. Sepulveda Boulevard, Los Angeles, CA, USA +1 800 786-1000 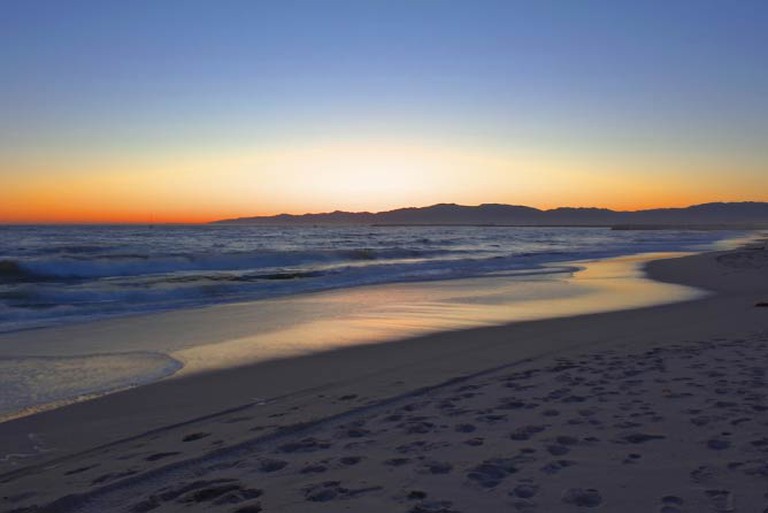 Sunset at Dockweiler Beach | © Dailymatador/Flickr
Oddly resembling an alien spaceship, the 60s-era Theme Building, with its overtones of jet-aged futurism and architectural modernism, is the quintessential symbol of LAX and, arguably, of Los Angeles itself. The building’s striking design alone merits a visit (or at least a photograph), but on Saturdays and Sundays, you should also head inside and take the elevator up to the sixth floor observation deck. The deck provides a 360-degree view that encompasses planes taking off and landing on both the north and south runways, as well as planes docked on the tarmac. Be advised that the terminal structures surrounding the Theme Building can somewhat obstruct the view of planes on the runways – particularly on the western half of the north runway. 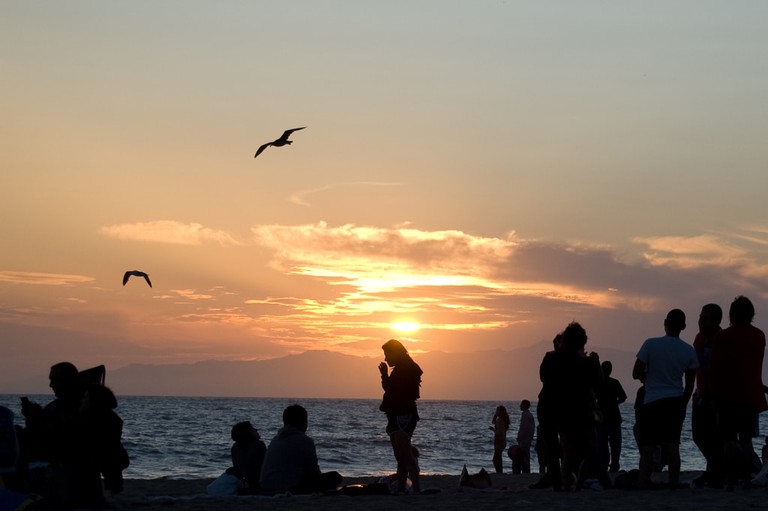 L.A. County | © Caitlinmcooper / WikiCommons
At Dockweiler State Beach, situated just west of the LAX runways, you can take great photographs of departing planes while basking in the southern California sun and surf. And Dockweiler is no ordinary beach. As the only beach in LA county that permits you to make a bonfire or camp in your RV, Dockweiler allows you to extend your plane-watching session, or layover, into a day-long (or week-long), rustic affair.

On the south side of Westchester Parkway, just west of the bridge over Lincoln Boulevard (the bridge is marked by a white fence), an overlook from the sidewalk provides the most direct and unobstructed view of the airport’s north runway. Only a stretch of greenery, surprisingly verdant for Los Angeles, separates the vantage point from the runway. A superb visual display of planes taking off, landing and taxiing on the runway rewards those who bring along a digital camera. However, climbing and descending airborne planes are harder to glance. The lack of parking on Westchester Parkway, which forces visitors to park on nearby side streets and walk a distance, is a major drawback to this site, although the great views and lack of crowds somewhat compensate for the inconvenience.
Westchester Parkway, Lincoln Blvd – Colegio Avenue, LA, CA, USA