The Best Places To Play Bocce In The Bay Area 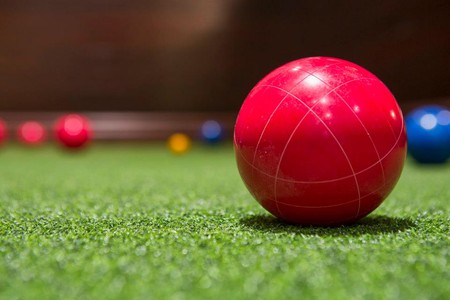 Bocce is loved by people of all ages. Competitors or teams lob a total of eight bocce balls as close as possible to a smaller white ball called the ‘pallino.’ It is estimated that the game originated in Egypt in 5200 BC. It is still played today all over the world — the second most played ball sport, behind soccer. Here are the best places to play bocce in the San Francisco Bay Area. 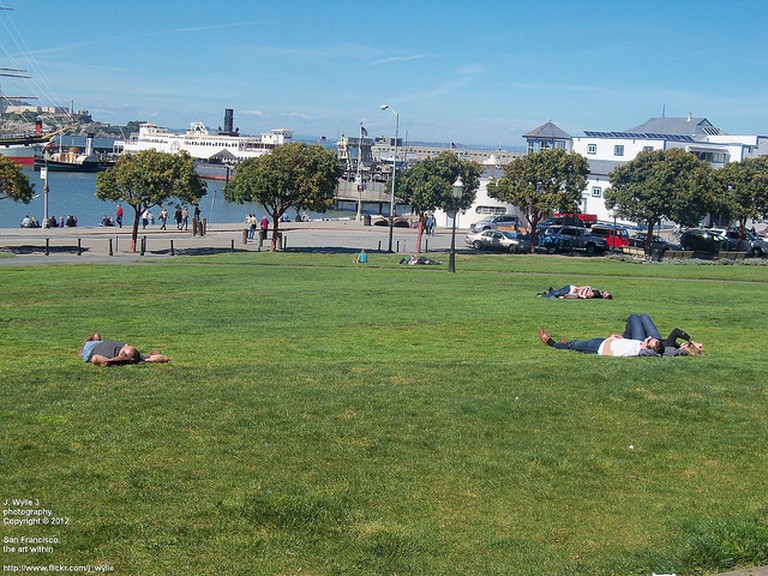 Aquatic Park | © J. Wylie/Flickr
Aquatic Park Bocce Ball is perfect for beginning bocce ball players. There is a helpful attendant on duty to explain the rules of the game. The cost to rent equipment is low, and people can bring their own food and beverages. When they are finished with the bocce ball courts, they can check out the other features of Aquatic Park, such as a small beach, a museum, and a paved trail for biking and or running.
Open In Google Maps
700-898 Beach Street, Fisherman's Wharf, San Francisco, California, 94109, USA
Visit Website
Give us feedback 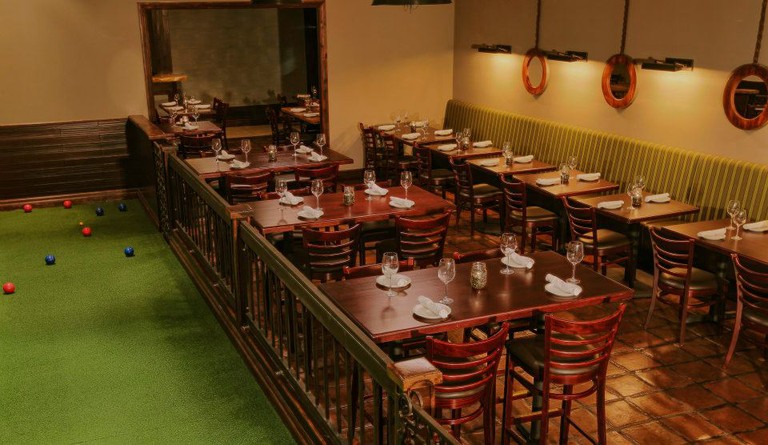 Stock in Trade Indoor Bocce Ball Court | © Courtesy of Stock in Trade
The Hidden Vine is a wine bar in the Financial District that offers a large selection of wines from different regions each month. Customers can choose from over 180 wines, with 40 available by the glass. There are also small plates for customers to enjoy while they play on the outdoor bocce ball court behind the venue, which can be reserved by the hour.
Open In Google Maps
408 Merchant Street, Financial District, San Francisco, California, 94111, USA
+14156743567
Visit Website
Give us feedback

Winery
Facebook
Email
Twitter
Pinterest
Copy link
Share
Map View
VIE Winery on Treasure Island has an oceanfront view with two outdoor bocce ball courts that rent by the hour on Saturday and Sunday. There are picnic tables next to the courts, so that customers can enjoy wine. The venue is dog friendly.
Open In Google Maps
448 Clipper Cove Way, Treasure Island, San Francisco, California, 94130, USA
+14157561791
Visit Website
Give us feedback

Campo Di Bocce in Los Gatos | © Tom Park/Flickr
With locations in Los Gatos and Livermore, Campo di Bocce’s courts rent per hour and a half, and there is a flat rate for each person. Along with local tournaments, Campo di Bocce of Livermore hosted the 2016 United States Bocce Championships. Campo di Bocce is also great for dinner and appetizers, as it serves delicious Italian cuisine while guests wait to play on one of the venue’s several indoor and outdoor bocce ball courts.
Open In Google Maps
4020 Technology Place, East Industrial, Fremont, California, 94538, USA
+15106512500
Visit Website
Give us feedback

Bar Bocce is known for its back patio, which has a fire pit as well as a free bocce ball court. This restaurant and bar offers beer, wine and delicious food, including one-of-a-kind sourdough pizza and a selection of garden salads. Bar Bocce is also located on the waterfront, with views of Richardson Bay from a small beach beside the bocce ball court and the patio area.

Make Westing is a large bar that serves cocktails, beer and wine, and small bites and features two free bocce ball courts indoors. The courts are first come, first serve, but reservations by the hour are available at a flat rate.