The Best Food, Art and Cultural Tours in Los Angeles 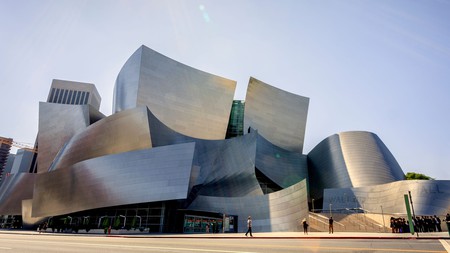 For most travelers, Los Angeles conjures up images of Hollywood glamour, celebrity-spotting haunts and sun-kissed beaches on the Pacific oceanfront. But go beyond the glitzy veneer, and you’ll discover a city of fascinating origins and spectacular architecture. Learn about the city’s Mexican background, immerse in art in Downtown Los Angeles and learn about some of the city’s most iconic attractions by joining a free walking tour. 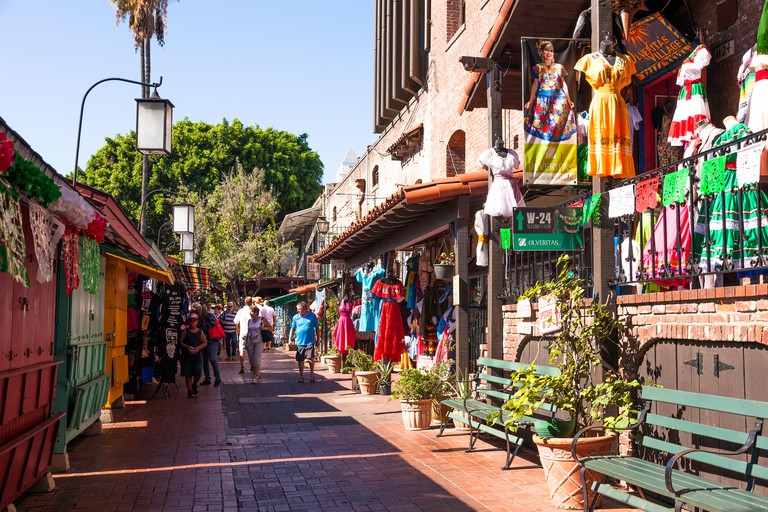 A perfect way to begin exploring LA is to start with its origins – at El Pueblo de Los Angeles Historical Monument, a restored 44-acre (18ha) area that purports to be the original colonial settlement of the city, founded by Franciscan priests and Spanish colonizers in 1781. Las Angelitas del Pueblo – a volunteer group founded in 1966 by a small group of women looking to teach others about L.A.’s past – will guide you through this historical quarter, including a walk to Olvera Street, a pedestrianized thoroughfare renovated as a Mexican marketplace. If you get the chance, experience Olvera Street on a weekend when Mariachi bands, Aztecs and Mexican folkloric dancers perform to cheering crowds. To take part in the tour, you’ll have to register beforehand.

For more than a century, the Los Angeles Times made Downtown LA its home. Founded in 1881, the daily newspaper has the fifth-largest newspaper circulation in the United States, picking up more than 40 Pulitzer Prizes over the years. The newspaper, which prints nearly 3.8 million copies every week, offers free public tours every month, taking place in their printing facility in downtown Los Angeles. On the guided tour, you are taken through the different areas of the printing building and can watch how the printing press operates, and how the newspaper is put together before it is distributed. The tour is wheelchair-accessible and offers photography opportunities but no recordings. You’ll have to reserve your spot before attending. 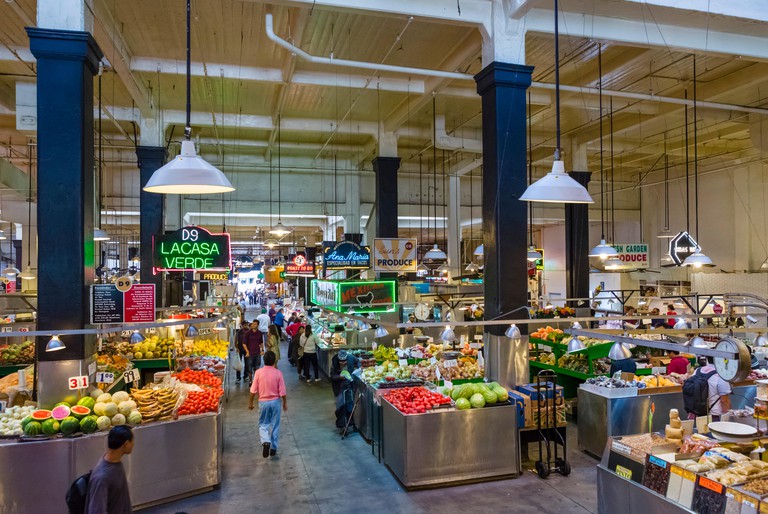 Downtown Los Angeles is a central business district with many historic attractions, like the Grand Central Market, a covered food market food hub that has been serving dishes from more than 35 street vendors since 1917. The two-hour free walking tour starts at the Walt Disney Music Hall, where the guide will share the rich history of this postmodernist steel landmark designed by noted architect Frank Gehry. You will then explore other sites such as the US Bank Building, the Museum of Contemporary Art and Pershing Square before ending at the Grand Central Market. Large neon signs display the names of each vendor at this indoor market that blends LA’s diverse cuisines and cultures. Here, you can sample anything from Japanese dishes from Bento-ya Japanese cuisine to Jewish soul food from long-time vendor Wexler’s Deli. The walking tour is free-of-charge, but you are encouraged to pay the guide whatever you think is appropriate. Reservations are required beforehand, and groups of six or more are required to contact the tour group directly.

Library
Facebook
Email
Twitter
Pinterest
Copy link
Share
Map View
The Los Angeles Central Library is the largest public library in the Western region of the United States. Designed in 1926 by US architect Bertram Goodhue, the building’s architecture is intended to infer the illumination of learning, incorporating stylistic elements from ancient Egypt, once home to one of antiquity’s most significant libraries. Atop the library is a distinctive, tiled pyramid with a golden hand holding a torch. The interior features works in various mediums by a range of artists, including ethereal chandeliers by renowned African-American sculptor Therman Statom, and fairy tale-inspired murals and stone carvings. The one-hour tour of the library takes you around the building where you’ll learn about its history and art collection.
Open In Google Maps
630 West 5th Street, Downtown Los Angeles, Los Angeles, California, 90071, USA
+12132287000
Visit Website
Give us feedback

Building
Facebook
Email
Twitter
Pinterest
Copy link
Share
Map View
With its iridescent Ferris wheel and rollercoaster standing stately on the Californian coast, Santa Monica Pier exudes the amusement flavor synonymous with LA The pier, which opened in 1909, was once known as the final stop on the famed Route 66 that originally ran from Chicago to Los Angeles. Today, it’s the most picturesque spot in Santa Monica and features a bevy of attractions, such as 12 amusement park rides, nine restaurants and a calendar of events that includes free concerts, fireworks displays and major holiday parties. Hear stories about the changes that the pier has undergone for the past 100 years and its contribution to the city of Santa Monica on this free historical walking tour. Early booking is not required, simply show up by the carousel on the pier and look out for the guides who will be dressed in blue shirts.
Open In Google Maps
Los Angeles, California, USA
Give us feedback

Established in 1964, the Los Angeles Music Center is one of the largest performing arts centers in the United States. Located in Downtown LA, the 11-acre (4.5ha) complex houses five venues: the Dorothy Chandler Pavilion, the Mark Taper Forum, the Ahmanson Theatre, the Roy and Edna Disney/CalArts Theatre, and the Walt Disney Concert Hall. Combined, the center can accommodate up to 8,774 people at once. Of note: famed for its futuristic and fragmented steel exterior, the Walt Disney Concert Hall is ranked as one of L.A.’s most iconic sites for architecture buffs. The free 90-minute visit is led by the Music Center Symphonians, a group of volunteers that have been running the tour since 1965. Covering four theaters, you will be immersed in global art from the 17th century onward, learn about the history of each venue and get a glimpse of the spaces within each of them. Groups of 15 or more are required to register in advance.