The Best Craft Distilleries In California

St. George | © Ben Krantz/Courtesy of St. George
California, more specifically L.A., is a newbie when it comes to distilling booze but has made a giant leap forward the last few years. Cali is now producing state-of-the-art and eco-friendly distilleries with a huge selection of craft brews and spirits. We list some of the must-visits.

Greenbar is located in the heart of downtown L.A. This is LA’s first distillery since Prohibition and represents the world’s largest portfolio of organic, handcrafted spirits, including organic bitters, rums, liqueurs, tequila, whiskey, gin and vodkas. When husband-and-wife team Melkon and Litty began making spirits in 2004, they used conventional spirits and local, hand-processed produce. By being efficient and careful in the manufacturing process and planting one tree for every bottle sold, Greenbar helps remove carbon dioxide from the atmosphere. The environment also benefits because the company uses lightweight bottles and 100 percent recycled labels. Greenbar offers distillery tours, unique skybox tastings, and cocktail classes for all their products. 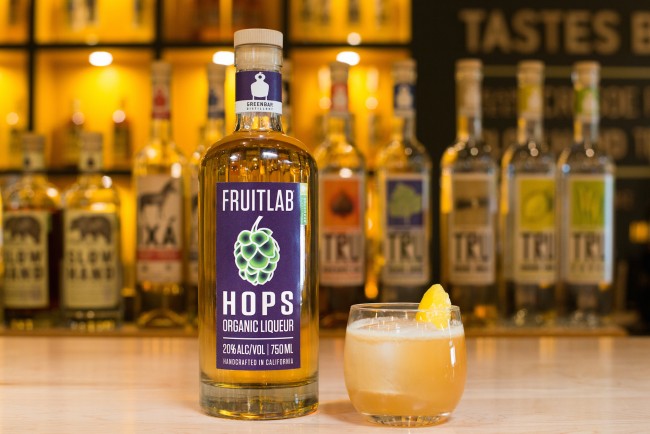 Distillery
Young State America (YSA), the second distillery in the City of L.A. and SoCal’s sole vodka-only distillery, operates out of a loft in the Arts District. Their vodka, Loft & Bear, is distilled by Paul Ryan, one of the youngest commercial distillery owners in the country. Their ultra-premium vodka is made in small batches. YSA characterizes its vodka by its rich, sweet aroma and silky-smooth mouth feel. Vodka is often marked as flavorless, but Ryan and Young State America claim the use of soft winter wheat grains, like commercial brands Svedka and Grey Goose, to give their vodka a distinct flavor that is light and clean and versatile for all sippers. They have a ‘Distill.Drink.Donate’ program in downtown L.A., which donates five percent of their profits to PATH, an organization created to end homelessness and provide support for distressed families, veterans’ affairs, human services, etc.
More Info
Open In Google Maps
#304, 1300 Factory Place, Downtown Los Angeles, Los Angeles, California, 90013, USA
+12132904074
View menu
Visit website
Visit Facebook page
Send an Email
Give us feedback

Lost Spirits is a special boutique distillery located in Salinas, Monterey County. The distillery is run by Bryan Davis and Joanne Haruta. Most of the distillery lies outside and resembles a theme park with various equipment and stills on the grounds. Several years back, they ran a distillery in Spain that produced Obsello absinthe and Port of Barcelona Gin. They also produced a unique agave-based brandy or a single malt with California Island Peat aged in sherry-soaked Hungarian oak. Today, they make peated whiskey and Navy Style rum. The rare whiskey they produce has attracted bourbon nerds from across the country to get a taste. The rums come in small batches and include a Navy-style rum, Cuban-style rum, Colonial American-style rum, and Polynesian-style rum, all at high proof. Their Navy Style rum, with the kick of Navy Strength proof, is loaded with caramel and banana flavors.

St. George Spirits is located in Alameda in Northern California. Originally started as an eau-de-vie operation making brandy and liqueur, St. George gradually expanded over time. Ushering in a reinvention for St. George, the Terroir Gin, which is very aromatic, seeks to emulate the feel of Mt. Tamalpais with its rare wok-roasted coriander botanicals. Under the guidance of master distiller Lance Winters, now you can enjoy everything from single malt American whiskey and pear brandy to a chicory-infused coffee liqueur and four types of gin. Their single malt whiskey is described as bright and peachy. Sourcing citrus and flowers from California growers, St. George Spirits first launched their groundbreaking vodka, Hangar One, in 2002, which was named for the distillery’s home, a former naval airplane hangar in Alameda. In 2010, the Hangar One brand was sold to NJ-based Proximo Spirits, which opened a new Hangar One distillery next to St. George Spirits in 2015. St. George Spirits offers impressive distillery tastings and tours, which can encompass a full day. The distillery recommends taking the San Francisco ferry to Alameda and then biking or walking to the distillery on a Saturday or Sunday. 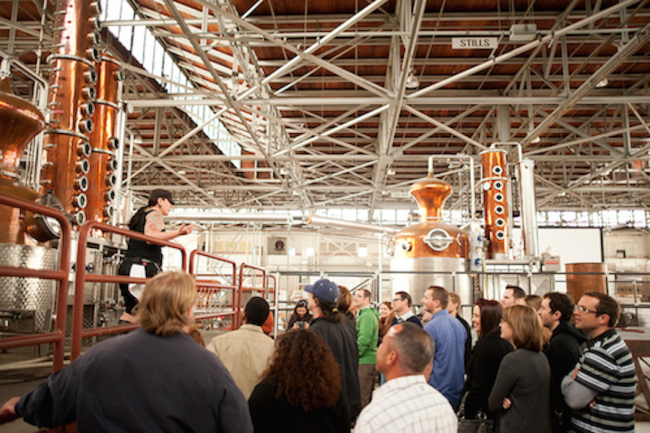 Spirit Works is located in Sebastopol in Northern California. Behind husband-and-wife team Timo and Ashby, the Spirit Works brand has adopted the ‘grain to grass’ philosophy, meaning that they’re in control of every step of the distillation process. They produce a sloe gin that is described as well balanced with subtle tart notes to counteract the sweetness. It’s low in alcohol but high in flavor. Though it’s not widely recognized in the U.S., sloe gin is a classic in England. It’s made by steeping sloe berries, which are actually a type of tiny plum, and sugar with the alcohol to produce a gin with tastes of cranberries and currants. They offer tours and full tastings of their spirits. 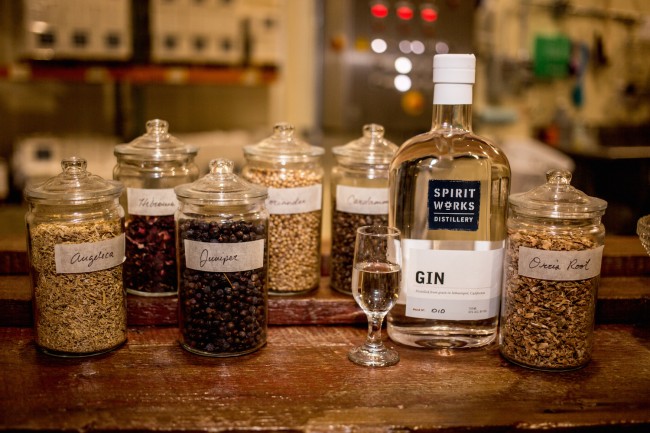