The Best Breweries In & Around San Diego

San Diego’s craft, micro, and nano breweries have been taking over the world’s beer scene, turning out innovative brews that push the envelope and sweeping award ceremonies at national and international competitions. The best place to sample these award-winning beers is at the source, and we’ve explored some of the most amazing breweries in the area. From European-inspired to unique local brews to Latin American flavors, San Diego’s breweries are not to be missed. 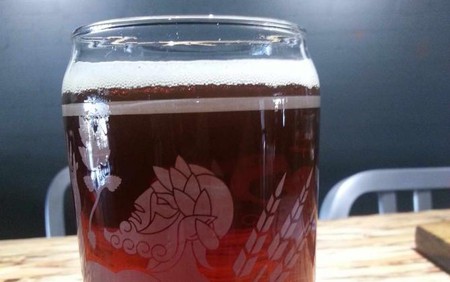 The city’s first production nano-brewery, Mike Hess Brewing, quickly gained a reputation for great beers and a unique brewery and tasting room experience after its opening in 2010. The original Miramar brewery grew from 14 barrels in its first quarter to 90 in the three months leading up to the opening of the showcase production brewery in North Park, representing a 542 percent increase in only two and a half years. The brewery’s tasting rooms are family and pet friendly, and the staff make patrons feel right at home, happily walking them through the lineup of hand-crafted, well-thought-out beers. They offer tasting flights, beer by the glass, and bottles and cans of beer, as well as a 32 ounce canned ‘Purrowler’ of any draft beer to take home. Mike Hess has become a destination for aspiring small craft breweries as well as local craft beer fans and tourists alike, thanks to the unique beer-style specific glasses, board games and darts, and stream of food truck vendors right outside the back door. 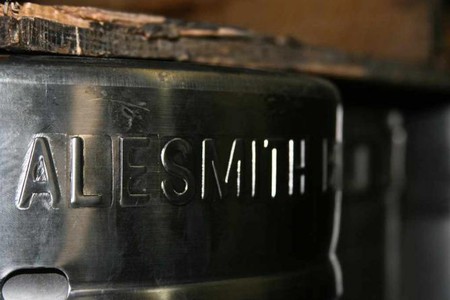 In 1995, AleSmith Brewing Company was founded in a small single-unit space in the commercial district of Miramar, packed with a 15 barrel brew system, tasting bar, office, and a 3-man team. The artisanal craft brewery specializes in handcrafted ales inspired by the European classics, and in 1998, its Belgian Golden Strong Ale brewed with Coriander, called the Horny Devil, won over the Great American Beer Festival crowd, paving the way for many more awards to come. AleSmith released its first beer from the barrel in 2003, the epic Barrel Aged Speedway Stout, which hibernates in bourbon barrels and has been consistently recognized as one of the best beers in the world. Since then, the brewery has increased its team to include over 30 members, expanded to have multiple departments, five spacious units, and an impressive line-up of award-winning brews. It has also installed the Premium Prospero bottler to increase efficiency and quality, as well as reach a new output level of 15,000 barrels a year. The tasting room is small, but designed with enough tables and bar space to accommodate many people, and they often have food trucks in the back at night. 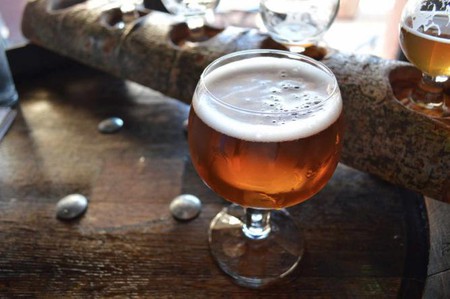 Known for their Latin American-inspired craft beer, Border X Brewing is located in the historic and artistic Barrio Logan, in an upbeat and stylish taproom that features rotating art shows from local artists. They also have a back open air patio perfect for summer days and nights. Established in 2014 by brothers David and Marcelino Favela, as well as Marcelino’s two sons, Martin and Marcel, the brewery was started because the brothers wanted to contribute Latin flavors to San Diego’s beer scene, which had previously consisted only of European flavor and regional brews. They have five standard and four specialty beers on tap, as well as a lot of Mexican craft imports and small batch specialty beers. The servers are all very knowledgable, helpful, and welcoming, and there is even live music playing sometimes. Patrons love the Blood Saison as well as the flight that allows them to try all of the choices. The atmosphere is relaxed, pet friendly and very community oriented, and they even have great food and appetizers including a fantastic house guacamole. 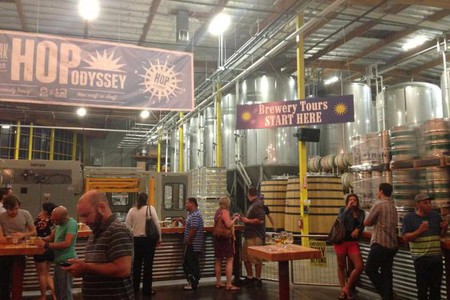 Established by Mike and Lisa Hinkley in 2002, Green Flash Brewing Co. is home to an award-winning assortment of specialty craft ales developed by esteemed Brewmaster Chuck Silva and his team. After their release of the amazing West Coast IPA, the beers at Green Flash have gained a loyal following of craft beer lovers. The brewery consistently produces experimental, limited-edition and seasonal offerings, in addition to a solid lineup of long-time favorites. Though it looks similar to an office building on the outside, the inside of Green Flash is a monstrous brewing warehouse with numerous barrels out in the open. The beers are all well priced, they have a nice outdoor patio, and they have recently expanded their beer list to include Alpine brewing. They even have their own food truck parked right next to the patio area, and the tasting facility offers about 30 rotating beers, the most popular of which include the Hop Head Red, Rayon Vert Belgian-style Pale Ale, Grand Cru Dark Ale, and of course the West Coast IPA. They also have a gift shop and offer great tours of the brewery. 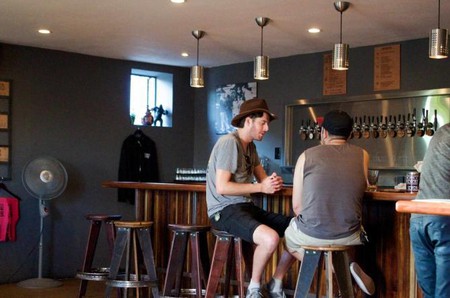 Until early 2012, the location of Thorn Street Brewing was home to a local outlet called Home Brews and Gardens. Its owner, Dennis O’Connor, realized that despite the success of his store, he like making beer much more than he did selling the supplies to do so, so he teamed up with avid home brewers and fellow San Diego natives Dan Carrico and Eric O’Conor to start the project of transforming the local home brew shop into a brewery. Together, they turned it into the now beautiful tasting room with a seven barrel brew house in a large open naturally lit back room. Local designer Pat Silkening from Red Craft Custom Design played a large part in the creative development of the property, making it truly unique in the neighborhood. Thorn Street’s mission is to be the neighborhood brewery that locals can walk or bike to and hang out at while tasting the most amazing beers. It is a small and homey place with a popular coconut porter, santos coffee stout, and the menace IPA, as well as a fantastic ever-present food truck that will even deliver to you inside.