The Beat Generation In San Francisco

Coined in 1948 by Jack Kerouac, “Beat Generation” refers to a group of authors whose literature explored and influenced American culture in the post-World War II era. Although the bulk the work of this underground, anti-conformist youth movement was published and popularized throughout the 1950s, the generation continues to have an important impact on San Francisco. 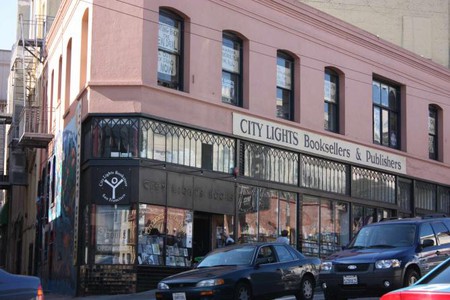 The Beats were friends first and then together became a movement. The core group – Jack Kerouac, Allen Ginsberg, Neal Cassady, Gregory Corso, Herbert Huncke, and William S. Burroughs – met at Columbia University in New York City in the mid-1940s. After moving west to San Francisco, the group added core members Gary Snyder, Lawrence Ferlinghetti (one of the founders City Lights Bookstore), Michael McClure, Philip Whalen, and Lew Welch. Since then, Beat culture has been entwined with the city of San Francisco.

Central elements of Beat culture include the rejection of standard narrative values, the spiritual quest, exploration of Western and Eastern religions, experimentation with psychedelic drugs, rejection of materialism, explicit portrayals of the human life, and sexual freedom and exploration. Because of their values and culture, the members of the Beat Generation developed a reputation as new bohemian hedonists who celebrated non-conformity and spontaneous creativity.

Allen Ginsberg’s Howl (1956), William S. Burroughs’s Naked Lunch (1959), and Jack Kerouac’s On the Road (1957) are some of the best known examples of Beat literature. Following the publication of both Howl and Naked Lunch – two controversial pieces of literature – came largely publicized obscenity trials over the question of what obscenity in literature actually was; these trials ultimately helped to liberalize publishing within the United States. 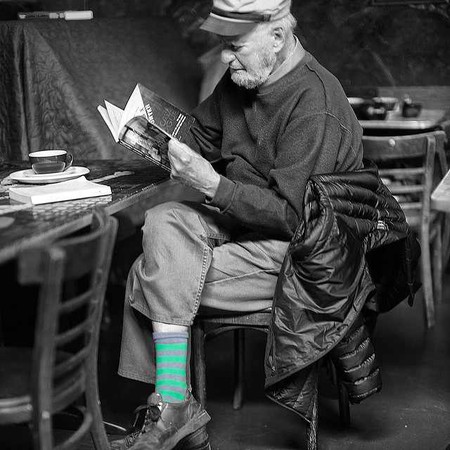 From the Beat Generation stemmed a parody group known as the beatniks. Coined by Herb Caen of the San Francisco Chronicle on April 2, 1958, the term ‘beatnik’ combined the name of the Russian satellite Sputnik and the Beat Generation, suggesting that the beatniks were far outside of mainstream society and possibly communists. Regardless of the truth of those statements, the name stuck and became a popular label for the new stereotype of the Beat: a man with a goatee and beret, reciting poetry and playing the bongos.

The first example of the beatnik stereotype occurred in Vesuvio’s, a bar in North Beach, which hired artist Wally Hedrick to sit in the window of the bar and paint, dressed in full beard, turtleneck, and sandals. By 1958, tourists visiting San Francisco could take bus tours to view the North Beach beatnik. In 1959, Fred McDarrah started a “Rent-a-Beatnik” service in New York City, took out ads in The Village Voice, and sent his friends out on calls to read poetry. Although many of the original Beats embraced the beatniks, or at least thought them amusing (as evidenced in Allen Ginsberg’s comic strip Pogo), others saw them as inauthentic and using the Beat culture as an excuse to be senseless and wild. 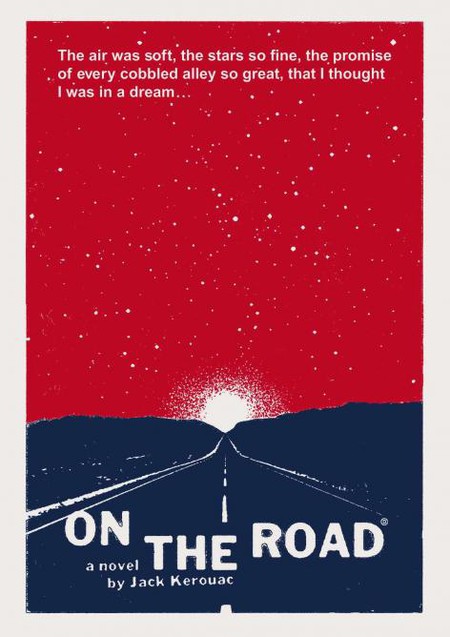 On the Road by Jack Kerouac | © CHRISTOPHER DOMBRES/Flickr

City Lights Bookstore was a significant development that stemmed from the Beat movement. Now a San Francisco landmark, the independent bookstore and publisher specializes in world literature, the arts, and progressive politics and was the first bookstore in the country to sell only paperback books. Founded in 1953 by Lawrence Ferlinghetti and Peter D. Martin, the Beats’ legacy of anti-authoritarian politics and insurgent thinking continues to be a strong influence at City Lights and is most evident in the selection of titles. In 1955, Ferlinghetti launched City Lights Publishers with the now-famous Pocket Poets Series, which has now published a range of titles. Today, City Lights has more than two hundred titles in print. City Lights is committed to innovative and progressive ideas, resisting forces of conservatism and censorship, which was one of the cultural tenets of the Beats movement.

‘Nobody knows whether we were catalysts or invented something, or just the froth riding on a wave of its own. We were all three, I suppose.’