The comedy scene in the Bay Area is as diverse as its people. From San Francisco to Albany, open-mic comedy abounds. Matt Gubser’s Tumblr page is an in-depth daily guide to all things comedy in the bay. This article, meanwhile, is intended to aid those who wish to find open-mics that are especially welcoming to beginners. 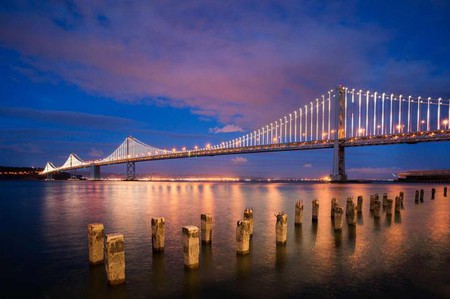 Dark and musky—a dive-bar with a secret. That secret is art. Stork club hosts music shows, literary readings, MCs and, of course, comedy. There might not be an audience—a dozen, usually—but there are plenty of seasoned comics with zero inhibitions and little judgment. The host, Richard Toomer, is a fun, energetic guy who welcomes all to the stage. A typical set is 5 minutes, but on slow nights can be as long as 7 or 8, sometimes with a brief on-stage interview with the comic at the end. Take the plunge and come out a better comic at Stork Club. Show starts around 5:30pm. Sign-ups at 5:15pm. Check out the calendar on their website.

Bay Area comics might wonder why The Plough is on here. Simple: the audience. 50 or more performers and spectators usually gather in the small bar on open-mic night. The downside, of course, is waiting for a turn. The Plough is a ‘wide’ open-mic—not just for comedy but also for music, poetry, rap and beat-box. The upside is the audience has seen it all—botched musical performances, indecipherable poetry, jarring rap-songs—so an embarrassing set will be a non-issue, and all performers receive applause. For a beginning comic, 50 clapping pairs of hands is a big self-esteem boost. Shows starts at 8pm on Tuesdays. Sign-ups start at 7:30pm. Random, name-in-the-hat drawing.

A cozy bar with a regular crowd. No pressure, really. No scolding, booing or glaring. The regulars are all friendly and encouraging, as is host Aviva Seigel. An all-comedy open-mic where a beginner can learn a lot by just watching. About 20 to 30 comics perform a night. Get there early and try to sign up before the regulars. Show starts at 8pm and sign-ups start at 7:30pm.

New to Brainwash? No problem. Newcomers put an asterisk by their name when they sign up. That way, when their on deck, long-time host Tony Sparks will step up to the mic and say: ‘All right, humans. Your next comic is new to the room, so that means let’s give him…’ ‘A lot of love!’ the crowd shouts. ‘Everyone say it,’ Sparks booms. ‘A lot of love!’ the crowd shouts again, bursting into applause. How could that introduction not take away (some) of the pre-performance butterflies? And the crowd is as respectful as they are welcoming. Even if a comic bombs, they don’t receive boos or ‘Get off the stage’ chants. For beginners, there’s no better place than Brainwash.Show begins at 7pm on Thursdays. Signs-up at 6:30pm (get there early).