San Francisco is well known for its unique culture and fun adventures. The best part of this city is its yearly events that entice tourists and locals alike. Are you looking for a good time to visit the city? The list below presents an overview of the major events taking place in San Francisco throughout the year. 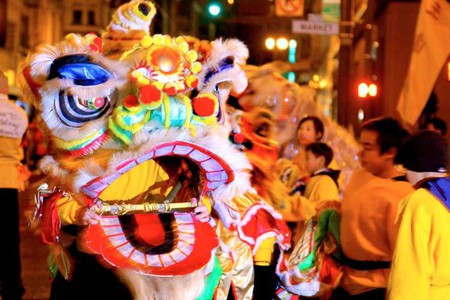 San Francisco’s Chinatown is a very famous historical site where people aim to nurture and preserve the rich heritage of Asian culture. One of the biggest holidays in Asia is the Chinese New Year. This annual tradition is celebrated with a number of different events held all over the San Francisco Bay Area. The exact date varies from year to year, but it usually takes place in the beginning of February.

This is the time to celebrate the blooming of cherry blossoms at one of three remaining Japantowns in the United States. There will be the Grand Parade, food booths, cultural performances, martial arts, live bands and a lot more traditional Japanese activities. The Annual Northern California Cherry Blossom Festival is held in April. 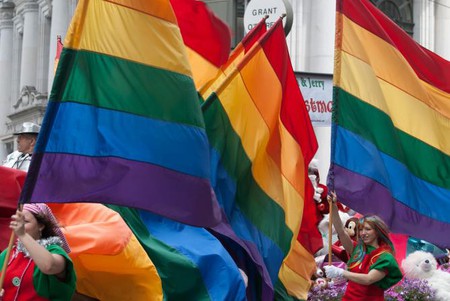 SUMMER: Fun is in the Air

If you happen to be in San Francisco in June, don’t forget to check out the biggest parade in the Bay Area. Pride Parade is a San Francisco tradition, which celebrates love and, of course, freedom. This is the time when you will see the whole city come alive in a rainbow burst of excitement, celebrating everyone. Check out the SF Pride Parade route on the main website.

Have you ever wondered why San Francisco is home to a lot of artists? The reason is that they feel strong support here, especially when they have the chance to present their best performances. Alice’s annual concert is free and features well-known artists plus new talent. It is a truly fantastic time for people of all ages. You are allowed to bring food, so relax and enjoy great music with awesome company. Stay tuned for the next Alice 97.3 annual concert. 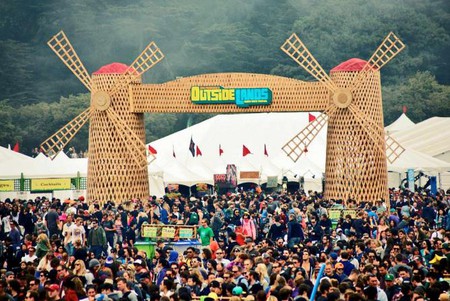 Speaking of summer in San Francisco, Outside Lands Festival is considered the most exciting event, which people begin planning for months in advance. Featuring an awesome vibe, the weekend of the Outside Lands Festival never seems long enough. Aside from music, there are also different ‘lands’ to explore, including special food, drinks and artwork. Located in Golden Gate Park, the festival continues to grow every year, so you might want to keep updated of its developments here.

FALL: The Significant Street Fairs in the Bay Area

If you are looking for something unique and ‘only in San Francisco,’ then you need to check out Folsom Street Fair. This is an annual ‘only in San Francisco’ original that might freak you out and open your mind at the same time. This is known as the world’s biggest leather event that features fetish players from all over the world. Outrageous people with extraordinary exhibitor booths and EDM music will expand your creativity and mind. Beware: children are not recommended to attend. 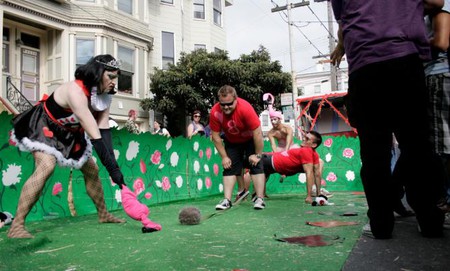 When fall begins, everybody is more excited about all of the public activities taking place in the city, and the Castro Street Fair is no exception. Don’t be surprised when you see people dressing up throughout October in San Francisco — we won’t wait for Halloween to show our unique costumes. Castro Street Fair is a LGBT street festival, which features the unique character of the most unique neighborhood in the city, held on the first Sunday in October.

WINTER: Light Up the City

We might not have winter in the city, but we surely have warm hearts filled with joy to light up the city during this magical time of the year. Local people and tourists come to the sweetest place in the city (of course, you have tried Ghirardelli’s chocolate before since you are in San Francisco) to start the holiday season together. There will be wine, coffee, hot chocolate, live music and numerous other treats for visitors. It is the greatest way to celebrate the family spirit in a true San Francisco tradition.

Phuong Pham is a Vietnamese MBA graduate who fell in love with San Francisco at the first sight. She has a big sense of curiosity about everything, which makes her passion for travel, languages and food grow bigger and bigger. She writes about little things that she finds interesting in her personal blog “The dreamer’s wild tales”.