Flawed Geniuses Who Got The Movie Treatment

Among the greatest minds of recent times is Steve Jobs – the founder of Apple, Inc. – who foresaw a technology revolution that would allow ordinary people to hold the world in the palms of their hands. Anticipating the new Jobs biopic Steve Jobs, Culture Trip looks at other movie takes on flawed geniuses who changed the world. 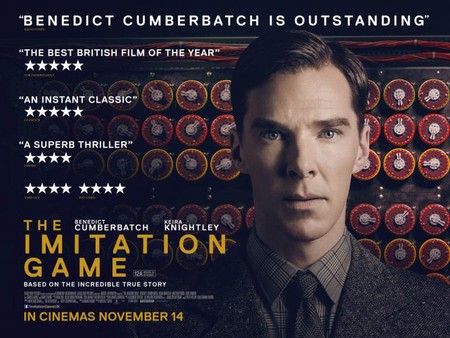 “Sometimes it is the people no one imagines anything of who do the things no one can imagine.” – Alan Turing

Benedict Cumberbatch is stellar as British mathematician Alan Turing in the 2014 release The Imitation Game. The film portrays Turing’s process in cracking the German Enigma code, which was used by the Nazis for top-secret military communications during World War II. Turing is a brilliant but socially awkward man, and a profound superiority complex exacerbates his reclusiveness. In a tragic turn in the 1950s, Turing is convicted for indecency (homosexuality was a crime in UK at the time). To avoid prison, he undergoes chemical castration, which causes his physical and mental health to deteriorate. Later heralded as a prescient pioneer of binary code (on which modern computers are based), Turing was unable to enjoy the fruits of his contributions to technology.

“Sometimes I truly fear that I…am losing my mind. And if I did it…it would be like flying blind.” – Howard Hughes

Leonardo DiCaprio is remarkable as eccentric movie producer, businessman, and aeronautical innovator Howard Hughes in the 2004 release, The Aviator. Hughes is a perfectionist, suffering from Obsessive Compulsive Disorder. He invests a lot of money and resources in creating the movie Hell’s Angels and remains displeased with the end result. He is dissatisfied with any of the airplanes his team builds unless they are absolutely perfect. The film depicts the events in his life, including a severe plane accident and the FBI investigation regarding the mishandling of government funds that led to his paranoia, severe depression, and mental distress.

“The ones who are crazy enough to think that they can change the world, are the ones who do.” – Steve Jobs

Ashton Kutcher convincingly portrays Steve Jobs in the 2013 biopic Jobs. The movie shows Jobs as an astute businessman and visionary entrepreneur, despite a profound arrogance that eventually alienates him from close friends and family. The path to success isn’t easy for Jobs — he continuously butts heads with the Board of Directors of Apple, Inc., who eventually force him out of the company for his erratic behavior. His innovative spirit prevails, however, when he later returns to reinvent Apple.

Russell Crowe is brilliant as John Nash, the mathematician who suffers from paranoid schizophrenia, in the 2001 biopic A Beautiful Mind. The film beautifully, if painfully, illustrates Nash’s hallucinations, which cause severe anguish for his beloved wife and friends. However, their continued support eventually enables him to ignore his hallucinations and lead a normal life. He becomes a notable professor, winning the Nobel Memorial Prize in Economics.

“I never paint dreams or nightmares. I paint my own reality.” – Frida Kahlo

The 2002 biopic Frida poignantly portrays the difficult life of the Mexican painter, played by Salma Hayek. At a young age, Kahlo suffers a traumatic bus accident, which causes severe injuries that disable her for life. While bedridden, she creatively expresses her pain and suffering through self-portraits. She marries her mentor, Diego Rivera, a prominent Mexican painter and muralist. Her thought-provoking self-portraits depict her emotional struggle, as she deals with her unfaithful husband and long-term health issues.

The Theory of Everything

“While there’s life, there is hope.” – Stephen Hawking

The 2014 release The Theory of Everything is based on the life of the well-known physicist Stephen Hawking, played by Eddie Redmayne. The movie shows how Hawking and his wife deal with his affliction with motor neuron disease (also known as amyotrophic lateral sclerosis or ALS), which gradually paralyzes him. Despite the odds, Hawking’s physical disability does not hinder him from making remarkable strides in the field of science.