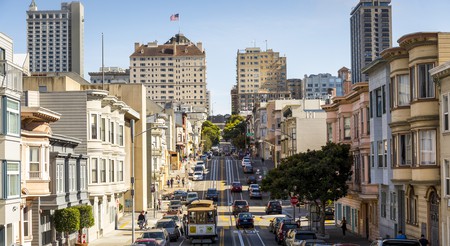 With a storied and rich cultural tapestry, San Francisco holds no shortage of accommodation with an intriguing historical background. From gold rush capital and hippie haven to business hub, the city is full of exciting things to do and multiple cultural and historical outposts. Keep the history lesson going with a stay at one of the city’s oldest hotels. 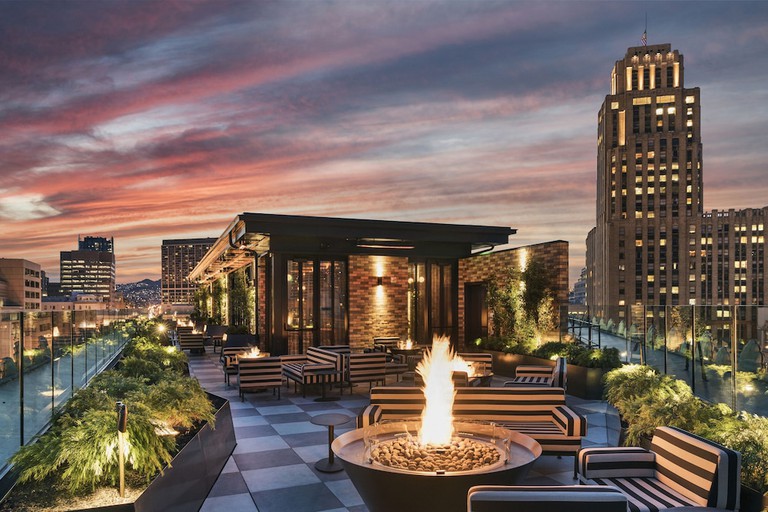 Housed in a structure reminiscent of New York’s famous Flatiron Building, the San Francisco Proper Hotel is an effortlessly trendy hotel that ranks among the city’s hottest spots. The Kelly-Wearstler-designed interiors are eclectic perfection, with just the right amount of contrasting patterns. The highlight is the chic rooftop bar, furnished with black and white striped couches and an enormous fire-pit, making it a dreamy place to while away a few hours. 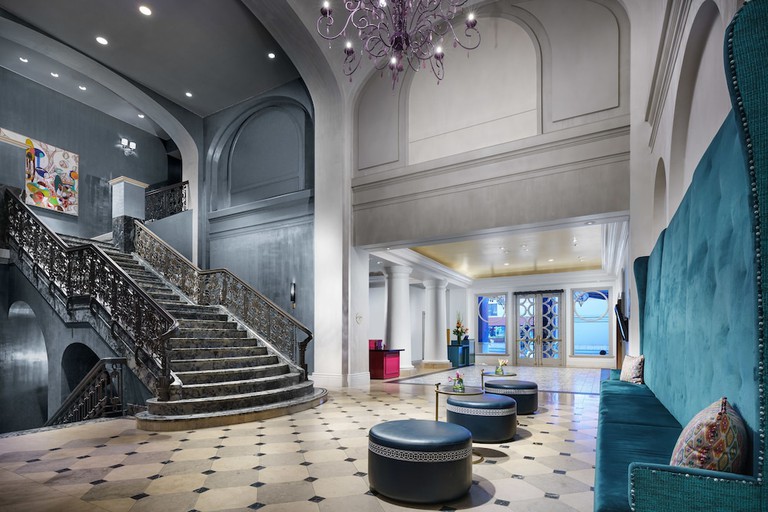 Founded in 1910 as the Bellevue Hotel, the Marker is a vibrant hotel that dutifully pays homage to its 20th-century roots. Retaining many Art-Deco-influenced aspects, the interior complements the opulent Beaux-Arts exterior. Discover the city’s artistic history carved into the hotel’s core – each meeting room is named after characters and actors from the classic film noir movie, The Maltese Falcon (1941), which was shot in the neighborhood. 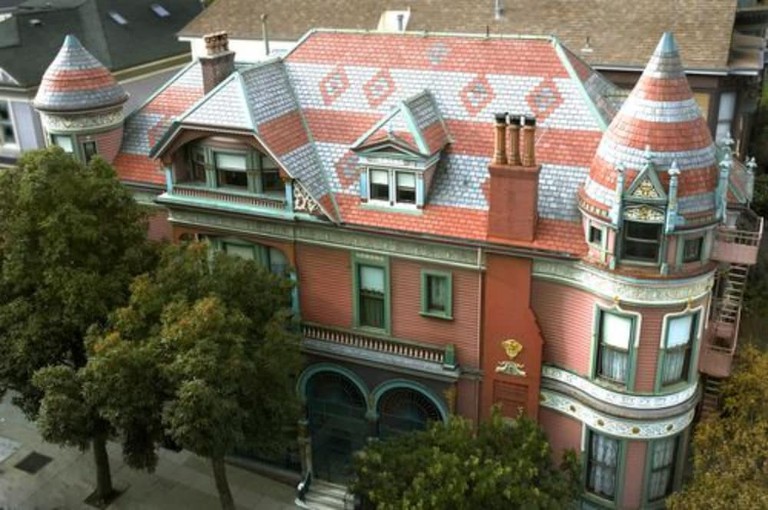 Cutting a striking figure as a Candyland-like palace, the Chateau Tivoli has been turning heads since 1892. Originally a private home, the structure has had a colorful history over the years – from operating as a cultural center for the Yiddish Literary and Dramatic Society, to functioning as an important site for the New Age movement in psychology. Today, its Victorian splendor is fully restored, giving you a gilded backdrop for a historic stay. 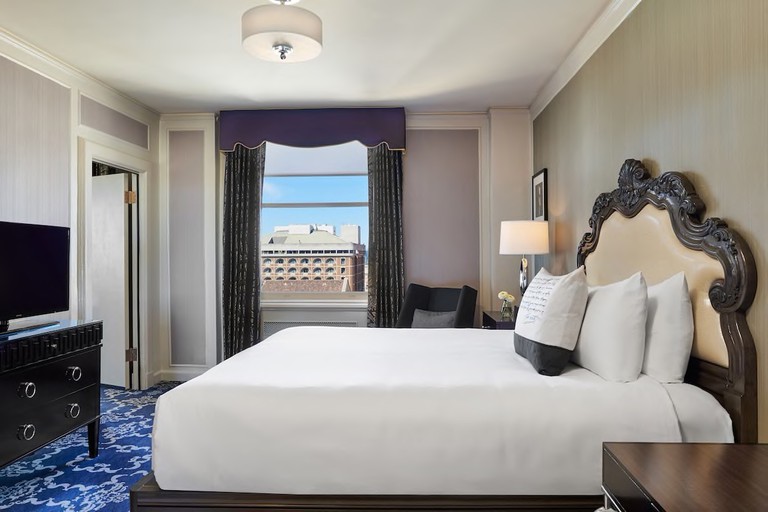 Courtesy of Kimpton Sir Francis Drake Hotel / Expedia
View Rooms
Roaring 1920s vibes abound in every nook and cranny of this hotel – from the gilded palatial-style interiors evoking images of Versailles, to the sweeping ornate staircases and heavy drapery. Built in 1928 during America’s financial boom, the hotel drew politicians and celebrities alike. A century later, Kimpton Sir Francis Drake still transports you back to that period of excess wealth and opulence. Don your most elegant attire, head to Bar Drake, and toast to the glamor with a martini.
More info 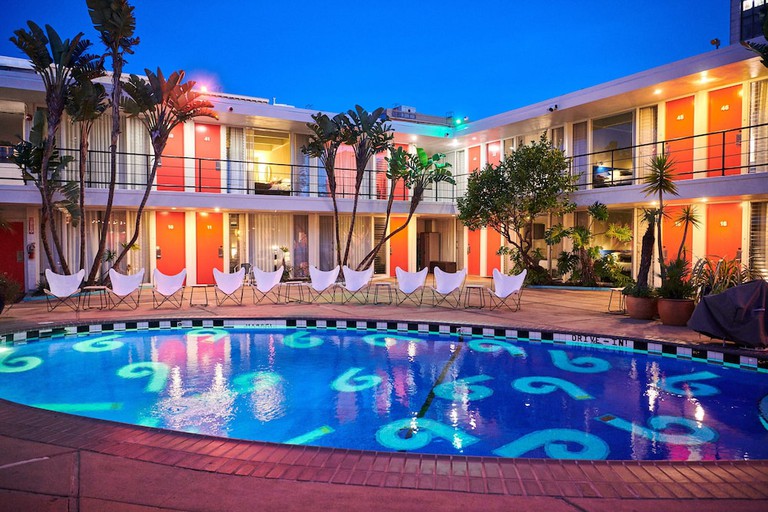 The Phoenix Hotel is a rock’n’roll legend, opening in 1956 as a very traditional American motel. It happened to attract some of the biggest stars in music – David Bowie, Neil Young, and Kurt Cobain have all spent the night here. Recently revived by hotelier Liz Lambert, the interiors stay true to their musical roots, with vintage concert posters on display and an expansive record collection found near reception. Rooms are kept modern and simple to give you all the comfort and space you’ll need. 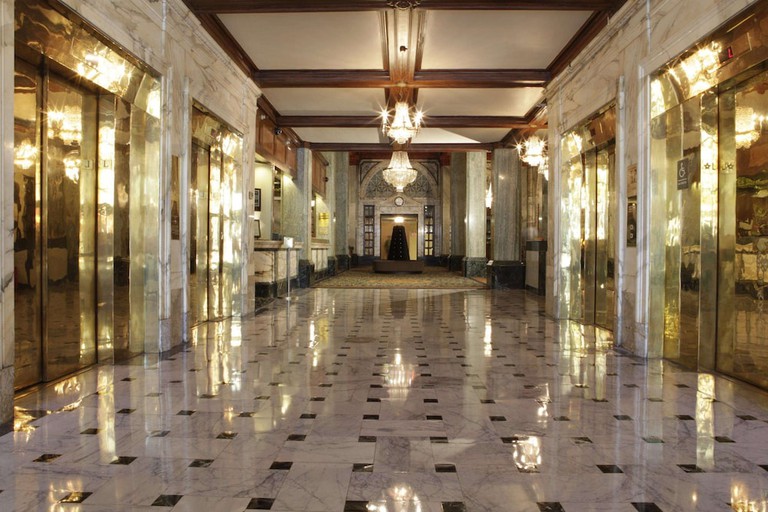 The Hotel Whitcomb is located in downtown San Fransisco, conveniently near hotspots such as the Theater District, South of Market, and Union Square. Take in the lobby’s high ceilings with polished Italian marble columns and dramatic Austrian crystal chandeliers, and sip on classic cocktails, wine, and craft beer in the bar. After the 1906 earthquake devastated the city, the Hotel Whitcomb was constructed to serve as a temporary City Hall, until it was converted to a hotel in 1915. 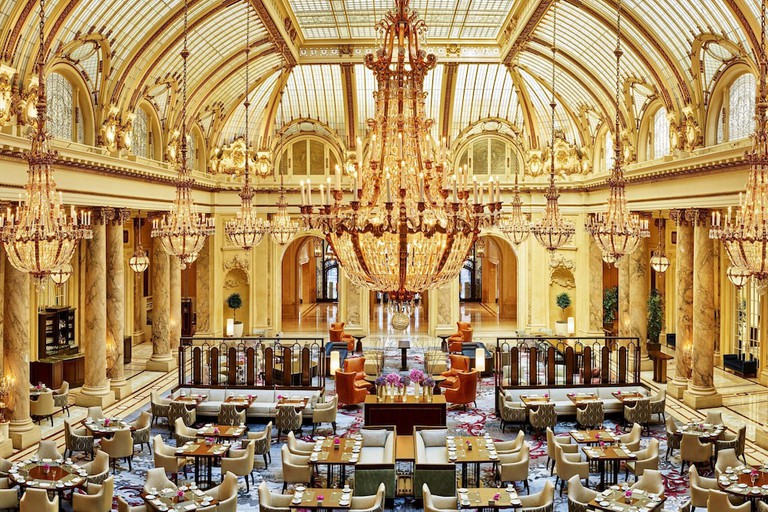 Courtesy of Palace Hotel / Expedia
View Rooms
Built in 1875, the Palace is one of the oldest hotels in the city – but it is far from stuffy or outdated. A 2015 renovation updated this living legend with clean, modern styling while maintaining its original elegance and opulence. Enjoy a variety of room options from the stylish superior room to the spacious suites. Don’t miss out on the hotel’s Signature Tea in the chic but timeless Garden Court, where you can also enjoy a sumptuous breakfast buffet or a luxurious brunch of caviar and champagne.
More info 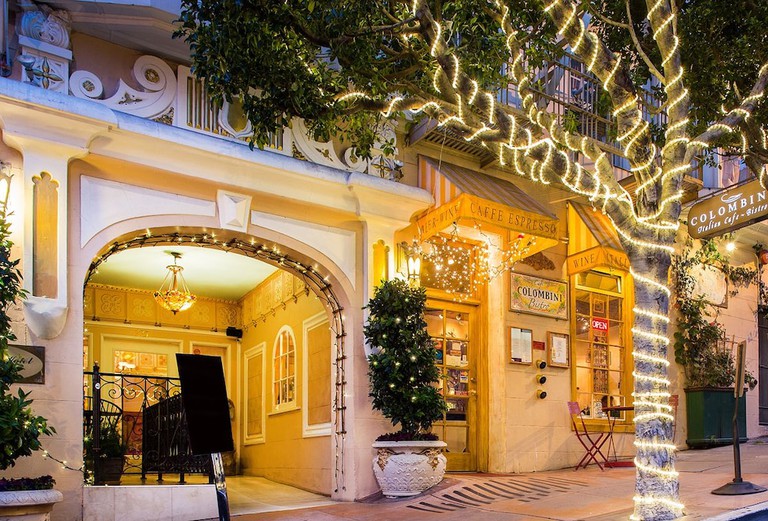 Nob Hill Hotel was established in 1908 and has since been restored to its original state. The hotel preserves its remarkably colorful rooms, where bright-patterned wallpaper and linens make for a visually striking experience. Union Square, the Theater District, and Chinatown are all within walking distance. Make sure to take advantage of the complimentary wine and cheese happy hour each evening from 5:30pm to 7pm, as well as the imported wine selection at the hotel’s Colombini Bistro. 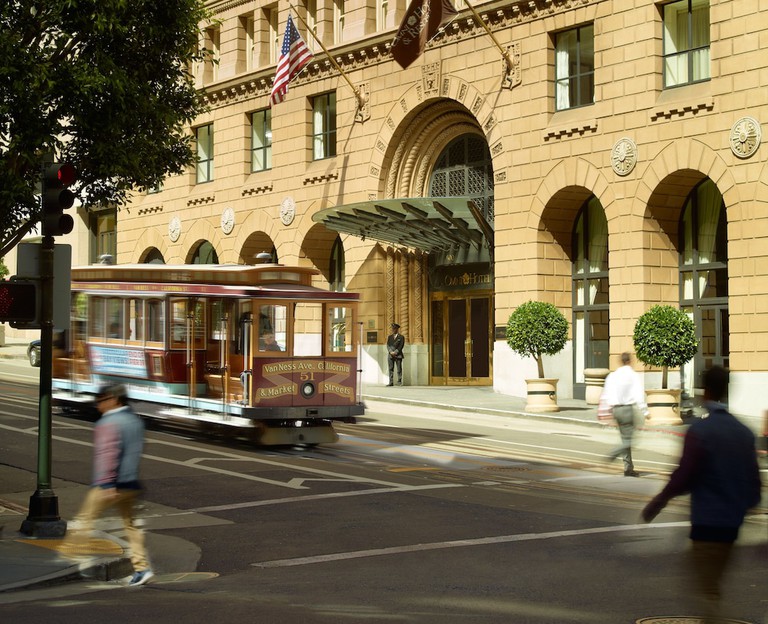 The Omni Hotel is found in the heart of San Francisco’s financial district, built as the Financial Center Building in 1927. After $125m worth of renovation at the turn of the century, it became the impressive luxury downtown hotel it is today. Be it business, leisure, laundry, or childcare, the Omni caters for all your needs – while the nationally renowned steak house downstairs leaves you in prime position to enjoy some the city’s finest food.

This is an updated version of a story originally created by Justin Hsuan.