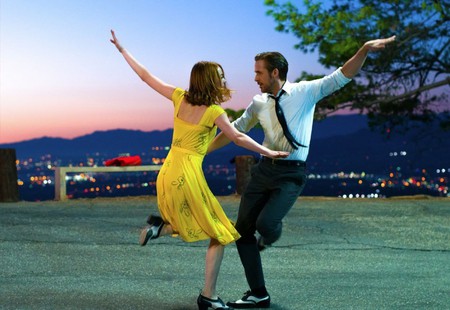 The Academy Awards mark an annual, nation-wide appreciation for everything related to filmmaking. Each year, as viewers tune in from the comfort of their own couches to watch Hollywood elite in their less-comfortable Oscar-attire, the Academy honors everyone involved in the cinematic process. That extends to the craft of set design, where fan-favorite films come to life through the engineers and visionaries of the most notable movie sets. And, if there’s one thing the Oscar voters and fans love, it’s a movie set in the movie capital of the world: Los Angeles. Here are some of the best Oscar-nominated movies set in the City of Angels.

Not only does the Academy love a film set in Los Angeles, it loves a movie framed around the entertainment industry — a nod to both self-vanity and art imitating life. When it comes to films about filmmaking, and movies about making it big, A Star Is Born is the quintessential example. A timeless story — remade a whopping three times now — the latest version, starring Bradley Cooper and Lady Gaga, is set to come out later this year. The original rendition earned seven Oscar nominations and one win for Best Writing, Original Story.

Los Angeles is not only home to high-paid actors and Instagram models — it’s also a city of murder and mystery. Or, at least that’s the perception of it after watching this classic noir. Double Indemnity was a critical darling when released, earning seven Oscar nominations. Sadly, though, the acclaimed flick didn’t win any Academy Awards following its debut.

Sunset Boulevard hit all the Academy’s favorite notes — a twisted noir with zappy one-liners and a Hollywood backdrop that is synonymous with the city of Los Angeles itself. It was also a film about players in the Hollywood scene (a screenwriter and a faded actor, specifically). The film netted an incredible 11 Oscar nominations and took home three awards.

Before there was La La Land, there was Singin’ in the Rain. This timeless musical about the film industry’s transition from silent films to “talkies” is an LA classic. Though renowned after its time for its iconic originality and set design, the film received just two Oscar nominations — Jean Hagen for Best Supporting Actress and Lennie Hayton for Best Original Music Score.

In 2017, Ryan Murphy immortalized this film’s dramatic production in Feud: Bette and Joan. The team-up between Bette Davis and Joan Crawford as the series starlets ranked as viral news when the film was made, too. Baby Jane tells the story of two sisters deeply ingrained in Hollywood — “Baby Jane,” a former child star and her sister, Blanche, who finds acting success later in life until she’s left disabled by a horrible accident. The film takes place in Blanche’s Hollywood mansion, where the sisters live together. The original What Ever Happened to Baby Jane? earned five Oscar nominations in all, including a Best Actress nod for Bette Davis.

As the Academy showed its continued appreciation for Los Angeles-set mysteries, Chinatown held its own as a California noir. The film, based on the California Water Wars, is replete with layered psychological drama. In addition to being a riveting drama, Chinatown serves as a virtual tour of Los Angeles, with filming taking place across the county, from Simi Valley to San Pedro and everywhere in between. It earned 11 Oscar nominations and won one, with Robert Towne taking home the title for Best Original Screenplay.

Set in a dystopian future version of Los Angeles (2019 in the original film, which is not much of a future for viewers today), Blade Runner offered audiences a spectacular imagining of the future of Los Angeles. Albeit, this vision leaned heavily towards a dark and rainy imagination, the film shaped a lot of what was anticipated for the City of Angels. It was nominated for two Oscars, for art direction and visual effects, unsurprisingly.

Who Framed Roger Rabbit? was a landmark achievement in visual effects, perfectly marrying live action and animated characters in scenes together. The film memorized the Academy with another noir rendition of Hollywood’s now-classic murder mystery sequence. It ultimately received six Oscar nominations and three wins, as well as a Special Achievement Award from the Academy.

Thanks to the technical categories, even blockbuster action films are afforded some Oscar-appreciation. The 1991 classic Terminator 2 got lots of that love, in the form of six Oscar nominations and four wins. The action-packed mega-hit was filmed in Los Angeles and features recognizable landmarks such as Elysian Park and the LA River.

With a cast that included Goldie Hawn, Bruce Willis and Meryl Freaking Streep, it’s no wonder this dark comedy was an absolute delight. It also earned one Oscar, for Best Visual Effects.

Another year, another Los Angeles-set crime story acted as a winning favor with the Academy. The Quentin Tarantino-directed Pulp Fiction earned seven Oscar nominations and one win, for Best Original Screenplay. It also cemented itself as a Hollywood classic and a notable instance of Los Angeles-based filmmaking.

This neo-noir crime thriller follows a day in the life of two LAPD narcotics officers and earned Denzel Washington an Oscar for Best Actor. His co-star, Ethan Hawke, was also nominated for Best Supporting Actor.

Even though only part of Argo actually takes place in Los Angeles (the meat of the film takes place in Iran), this film is so quintessentially Hollywood (it’s basically about Hollywood stepping in to help save the day when six Americans are caught during the Iran hostage crisis), that it counts. The film earned seven Oscar noms and three wins, including Best Picture.

Her takes place in a near-future Los Angeles when technology has advanced to the point of personalized operating systems that can think and even feel for themselves. Joaquin Phoenix stars as a man who develops a relationship with his OS (voiced by Scarlett Johansson) in a haunting rendition and a nod to current operating systems like Siri and Alexa. The film netted five Oscar nominations and one win, for Best Original Screenplay.

La La Land is a true Los Angeles love story, following the relationship between an aspiring actress and an insufferable-but-attractive hipster. With the entire city of LA, including a few landmark locations, as the film’s backdrop, La La Land is the most recently noted film set in Hollywood. Emma Stone won the Best Actress Oscar for her performance in the film, but the real star of the movie is Los Angeles, which acts as prominently as a third lead in the movie. Overall, the film was nominated for 14 Academy Awards and won six.