The 10 Most Multicultural Cities in the World

From London to New York and São Paulo to Singapore, some cities manage to fit the entire world within them. Successive waves of immigrants have all brought with them a piece of their old homes and made a mark on their new, creating diverse cultural environments full of incredible restaurants, festivals and art scenes. Below, Culture Trip looks at some of the most multicultural cities in the world.

Known as a welcoming place for immigrants and asylum seekers, Amsterdam, which is the largest city in the Netherlands, proudly hosts a diverse population. With approximately 178 different cultural backgrounds, the country’s capital is a lively blend of friendly people from all over the world. This cosmopolitan city also has a host of multi-lingual people, and for those new residents who cannot speak Dutch, the city offers many language classes ‘mostly free of charge’ to help them. Amsterdam also hosts many cultural events throughout the year, which emphasizes their worldly view, including the DRONGO Festival, a celebration for multilingualism. 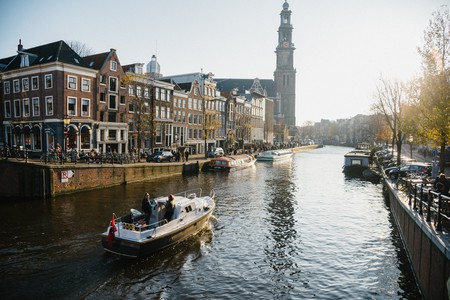 As the largest city in the UK, London is home to one of the most ethnically diverse populations in the world. From India to Jamaica to Ghana and many more countries, the world is truly represented in this vibrant area. Approximately one-third of Londoners are foreign-born, and even though the official language is English, the lively streets are brimming with global languages – well over 200 languages are spoken. While many people have chosen London as their new home, they still have a love for their culture and share it in many ways, including delicious food and festivals such as the Notting Hill Carnival. 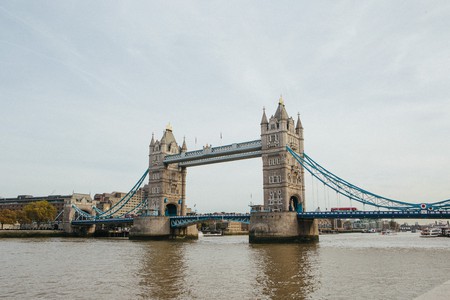 Located in Southern California, Los Angeles is one of the most multicultural cities in the world, with people from approximately 140 different countries, speaking roughly 86 different languages. With immigrant-friendly laws, it is a popular place for those seeking a new life in the US. The city also has the distinction of being a place without a majority population, creating a truly vibrant cultural scene. Los Angeles is overflowing with cultural neighborhoods, such as Koreatown, Little Tokyo, and Boyle Heights, an area popular with the Latino community. 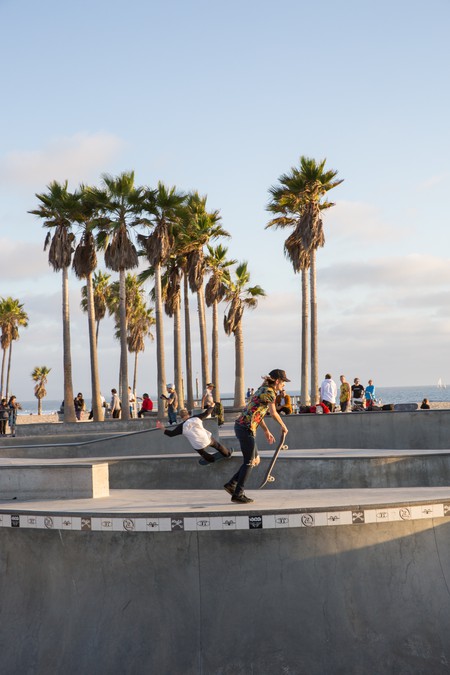 While immigration is a hot topic in France, as it is in many countries, there is no doubt that Paris has a diverse group of global cultures. Although it is difficult to determine an exact number of foreigners living in Paris as France’s laws forbids asking about ethnicity on censuses, independent surveys put the percentage anywhere between 14% to 20%, with the majority of immigrants coming from outside the EU. Visitors will find many dynamic neighborhoods in Paris. For example, the Quartier Chinois (Chinatown) in the 13th arrondissement is a lively community of several Asian cultures while the eclectic Belleville (10th, 11th, 19th, and 20th arrondissements) is a multicultural beauty made up of African, Jewish and Asian ethnicities. 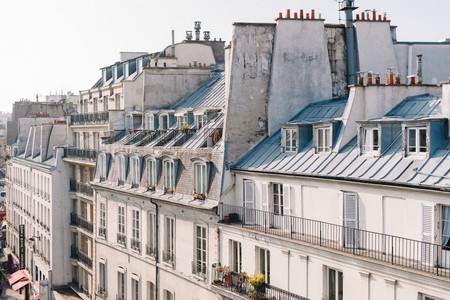 One of the most cosmopolitan cities in the world, New York is an exhilarating metropolis located on the East Coast of the US. Made up of five boroughs, Queens is the most diverse, with people from India, Korea, and Brazil to name but a few countries. It was reported in 2017 that there were more languages spoken in the borough of Queens than anywhere else in the world. In 1984, immigration-friendly New York established the Mayor’s Office of Immigrant Affairs, which has set up a number of programmes to help those who have moved to the city from abroad. 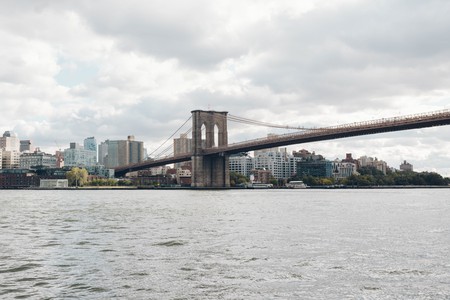 Another hub of Californian multiculturalism, San Francisco is smaller than many of the other cities mentioned thus far, but just as cosmopolitan. Many immigrants call this 49-square-mile city home, with the largest group originating from China. Others come from places such as Germany, Italy, Mexico and India. The city is dotted with vibrant neighborhoods, including Chinatown, the Mission District, and North Beach and is also known for celebrating its multicultural roots through various festivals and events throughout the year. Highlights include the Chinese New Year Festival and Parade, which has been named at one of the top ten parades in the world, and the Ethnic Dance Festival, a celebration of the diverse Bay-area communities through dance. 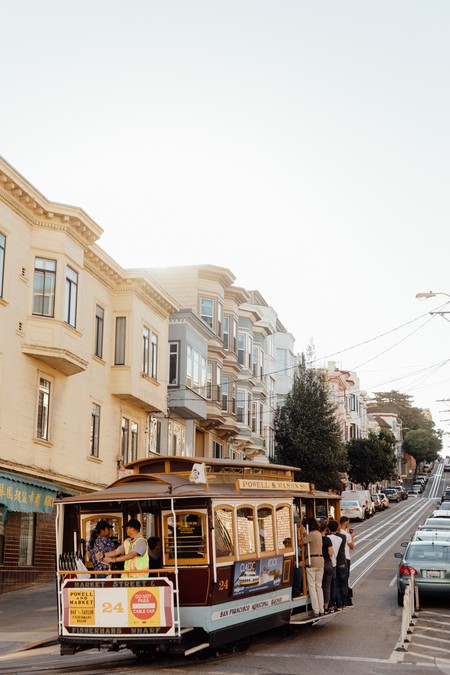 Located in southeastern Brazil, São Paulo – commonly known as Sampa to locals – is one of the most multicultural cities, if not the most, in South America. While immigration may not be as prevalent as it was in years past, the city’s varied population is largely due to the multitude of African slaves brought to the country between the mid-16th century and 1866 and, latterly, to the waves of immigration from around the globe which began in the 1870s. From Italy to Lebanon, many countries are now represented throughout the largest city in Brazil and this is evidenced in the city’s culinary scene, religious landscape and neighborhoods. Visitors can wander Bela Vista, also known as Bixiga or Bexiga, to experience Italy in São Paulo, or Liberdade, which is the Japanese quarter. 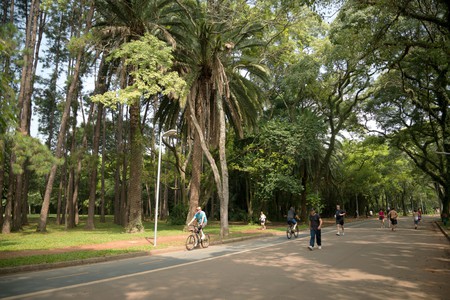 Singapore is a unique multicultural location. Not only is it a city-state, but it’s also very young in comparison to other places on the list, having only gained independence in 1965. This tiny island nation is proud of the diverse cultures and religions that exist together. While the majority of its residents are of Chinese origin, other ethnic groups include Malays, Indians, and Eurasians. A smaller minority is made up of people from the United States and Canada. In an effort to ensure communication remains relatively smooth, Singapore also boasts four official language: English, Malay, Mandarin, and Tamil. 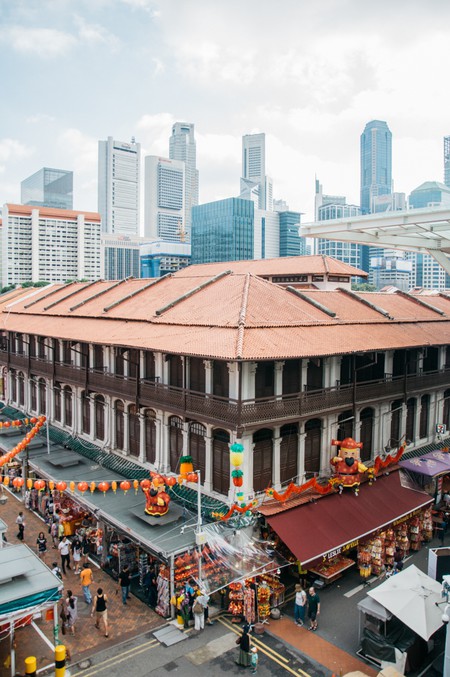 Situated on Australia’s east coast, Sydney is a lively city with a vibrant, multicultural landscape. While English is the official language of Australia, the city is home to approximately 250 different languages thanks to residents that come from Vietnam, the Philippines, Italy and many more international locations. Celebrating their multicultural community whenever they can, Sydney also hosts events and festivals that promote cultural awareness. One of the most popular events is Living in Harmony, which is a month-long celebration of the city’s cultural diversity through a variety of festivals and events. 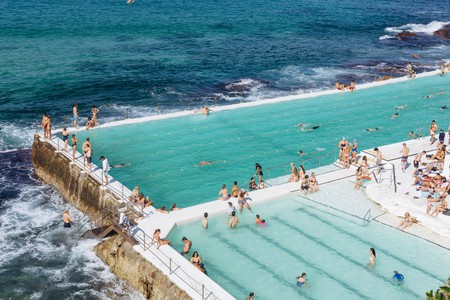 With around half of its population born outside the country, Toronto is often referred to as ‘the most multicultural city in the world.’ Located in Canada, this city boasts 200 ethnic groups with over 140 languages spoken. People from the UK, Ireland, China and Italy, to name a few, represent some of the larger cultural groups, while smaller communities include people from Iran, the Netherlands, Nepal and Romania. Toronto also features dozens of international neighborhoods waiting to be explored, including Chinatown, Greektown, Roncesvalles Village (Little Poland), Little Italy, and Little India. 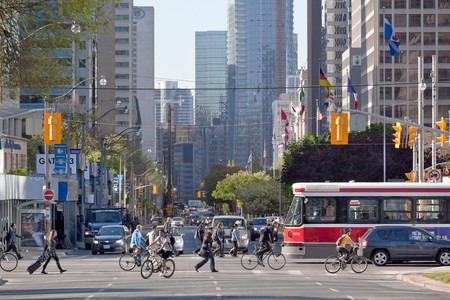