The 10 Most Influential Bay Area Rappers 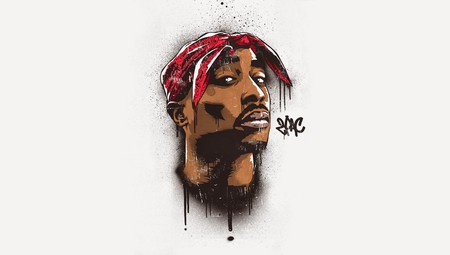 The Bay Area is home to some of the most famous hip-hop artists. Yet, fame is not equivalent to mainstream music when it comes to the distinct sounds of Bay Area rap. The funky beats of MC Hammer fueled this artistic movement, but although he deserves credit for helping to develop the uncommon sound of Bay Area rap, Tupac Shakur truly symbolizes all aspects of Bay Area hip hop.

Despite his short-lived career, Tupac Amaru Shakur is without a doubt the most influential rapper to come from the Bay Area. Although he was born and raised in East Harlem, Tupac spent his young adult life in Marin City and Oakland, California. While attending Tamalpais High School in Marin County, Tupac gravitated towards the performing arts. It was at this point that he began to develop his lyrical skills. In 1987, he joined the alternative rap group, Digital Underground. The group’s uniquely bizarre, funky beats elevated the group’s credibility in the rap community as they competed with the gritty tones and provocative lyrics of groups such as N.W.A. and Public Enemy. Digital Underground turned out hit songs such as ‘The Humpty Dance‘ and ‘Same Song.’ In 1993, Tupac formed his own group, Thug Life. The group’s only album, Thug Life: Volume 1, went gold. At this point, Tupac was well on his way to stardom as he went on to pursue a solo career in which he recorded his most famous album, All Eyez on Me. The album included hits such as ‘Ambitionz Az A Ridah‘, ‘California Love,’ ‘Dear Mama,’ ‘Only God Can Judge Me,’ and ‘Life Goes On.’ Tupac’s obsession with self-destruction and the inevitably of death in songs such as ‘I Wonder if Heaven Got a Ghetto‘ was a recurring theme to his music. Sadly, he was murdered in a gang-related incident in 1996. Nevertheless, his music and iconic status forever changed the rap industry. 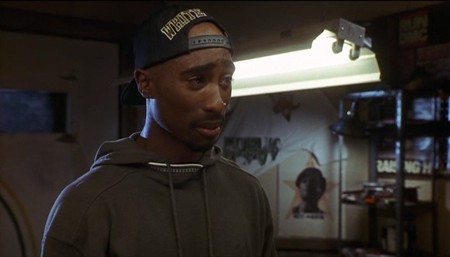 Tupac in Above the Rim | © Adam Wise/Flickr

MC Hammer was born and raised in Oakland, California. His 1990 release, Please Hammer Don’t Hurt ‘Em, which included hit songs such as ‘U Can’t Touch This‘ and ‘Too Legit to Quit,’ not only kick-started his career but also popularized rap music. MC Hammer was a performer in every sense of the word. His funky beats, catchy lyrics, outlandish wardrobe, and dance moves appealed to mass audiences across the country who saw him perform live. According to Forbes Magazine, by 1990, MC Hammer’s net worth was approximately $33 million. However, the rapper’s luxurious lifestyle forced him to file for bankruptcy in 1996. Despite the unfortunate demise of his career, his funky beats continue to live on through the Bay Area’s rap culture. 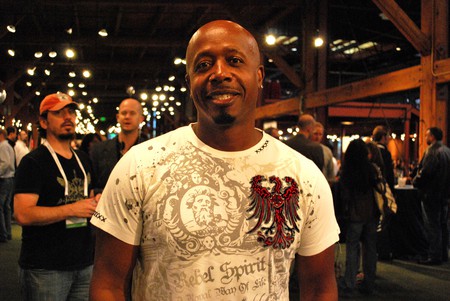 Andre Louis Hicks, known professionally as Mac Dre, was born in Oakland, California, and raised in Vallejo, California. Mac Dre piggybacked on the funky beats of MC Hammer in songs such as ‘Fellin’ Myself‘ and ‘Thizzle Dance.’ The comical lyrics in these two songs, the smooth guitar line in ‘Since ‘84,’ and the satirical album title, Ronald Dregan for President 2004: Dreganomics, are several highlights of his short career. In 1999, Mac Dre founded the notorious rap label, Thizz Entertainment. The company would later be linked to armed robberies, drug dealing, and murder in the Vallejo area. Unfortunately, Mac Dre was killed while on tour in Kansas City, Missouri in 2004. Like his predecessors, his music has continued to influence rap culture within the Bay Area. 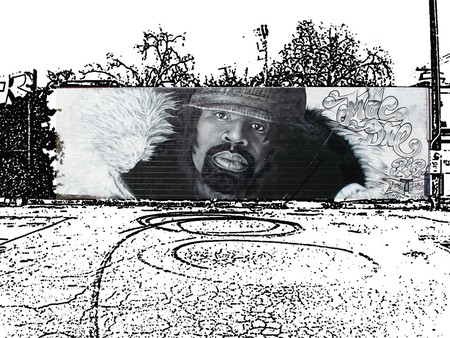 Andre L. Adams, better known as Andre Nickatina, was born and raised in the Fillmore District of San Francisco, California. Similarly to other Bay Area rappers such as Mac Dre, Andre Nickatina relies on instrumental beats in his songs. For example, in the song ‘4am-Bay Bridge Music,’ he uses a methodical, slow flute chord progression as the main beat. His fast-paced, rhyming style sets him apart from mainstream rappers and gives him an alternative vibe. This is especially evident in his edgy song, ‘Ayo For Yayo,’ which addresses the harmful effects of cocaine addiction. 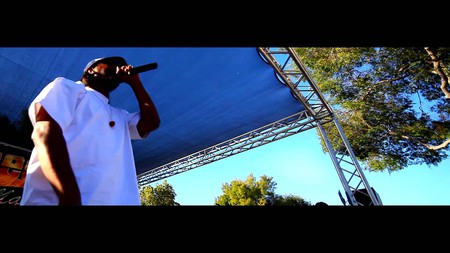 Earl Stevens, professionally known as E-40, is from Vallejo. His unique sounding voice combined with his flavorful beats in songs such as ‘Function,’ featuring YG, Problem, and Iamsu!, catapulted him to success in the Bay Area. His most popular song, ‘Choices‘ became an instant hit due its simple but catchy lyrics. Similarly to rappers such as Jay-Z and Dr. Dre, E-40 used his earnings and fame to launch a successful business career. 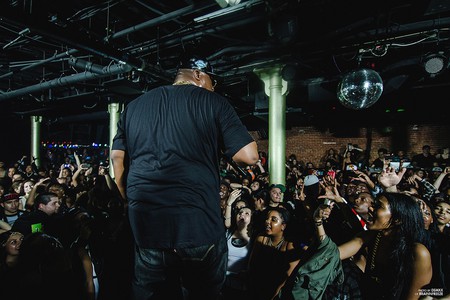 G-Eazy, also known as ‘the James Dean of Rap’ was born and raised in Oakland. In his hit song ‘Me, Myself, and I,’ he raps about the importance of self-reliance and the superficiality of fame and fortune which accompanies artistic success. The misanthropic and cynical themes of his song, along with his outlaw persona, are a backhanded critique of mafioso rap, which was characterized by self-indulgence and materialism. 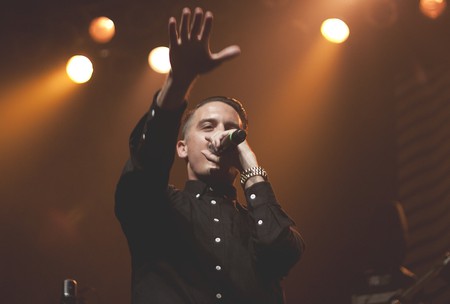 Anthony Forte, better known by his stage name Rappin’ 4-Tay, began his career right out of high school when he joined up with Too $hort to record the funky rap song, ‘Don’t Fight the Feelin’.’ In 1994, Rappin’ 4-Tay released his first album, ironically titled Don’t Fight the Feelin’. The song ‘Playaz Club,’ which includes a slow guitar line and numerous references to the Bay Area, made him a household name within the rap industry. 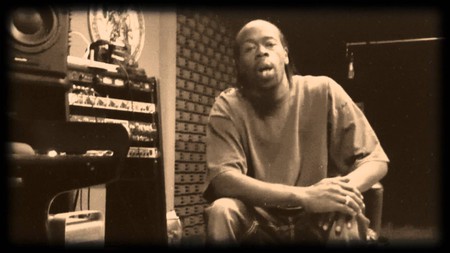 Zion I formed in Oakland in the year 2000. Their initial album release, Mind Over Matter, was nominated for ‘Independent Album of the Year’ by The Source magazine. The duo appears to be inspired by rappers such as Snoop Dogg since the beat in their song ‘ShadowBoxing‘ is almost identical to the beat used in Snoop Dogg’s song, ‘Drop It Like It’s Hot.’ Zion I is best known for the song ‘Coastin’.’ The staccato piano rhythm combined with upbeat vocals, synthesizers and creative rap lyrics make this song an instant classic.

Like Andre Nickatina, Ya Boy was born and raised in the Fillmore District of San Francisco. He is best known for providing the soundtrack to the documentary, More Than a Game, which chronicles Lebron James’ journey from high school basketball phenom to NBA superstar. Ya Boy’s gangsta rap features fresh guitar beats and catchy vocals. 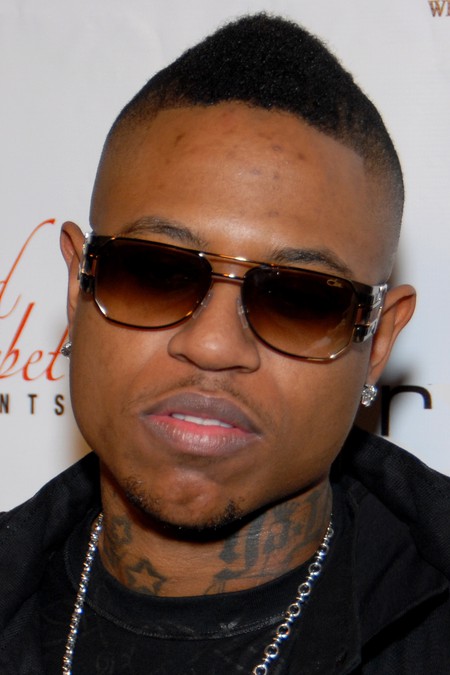 Too $hort was born in Los Angeles but raised in East Oakland. He is best known for his songs ‘Blow the Whistle‘ and ‘The Ghetto.’ The low-key guitar riffs and overall bluesy feel to his song ‘The Ghetto’ are representative of the music he recorded in the 1990s. However, he shied away from this vibe in his song ‘Blow the Whistle.’ Nevertheless, it became a very popular song for freak dancing. 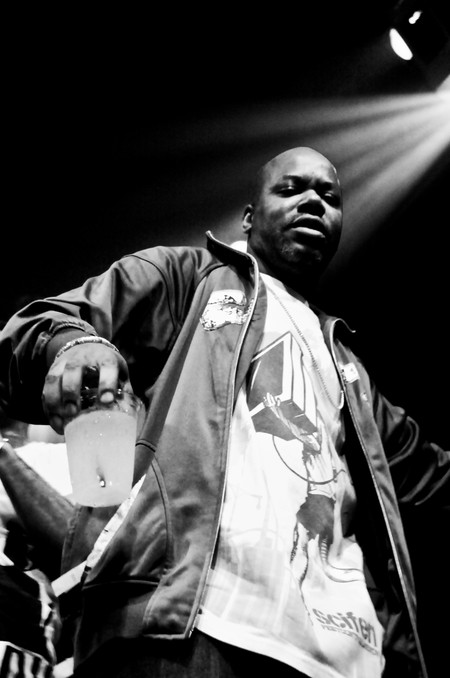 Too $hort | © Seher Sikander/WikiCommons
Give us feedback