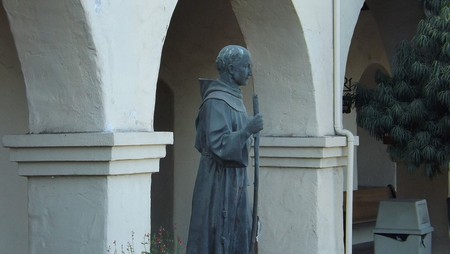 Statues commonly acknowledge the spirit, dedication, and achievements of an individual, and serve as a way to memorialize their contributions. But in some instances, these monuments cause community tension. We profile ten controversial statues that still stand in California.

The McKinley statue has been located in the middle of the Arcata Plaza, California since the 1970s. Although he was revered for his leadership qualities, McKinley was regarded as racist and had imperialistic policies, causing the liberal college town in Humboldt County to protest against the statue. The statue stills stands as support for its historical importance was voiced by patrons, and the characterization of its removal was labeled as censorship. 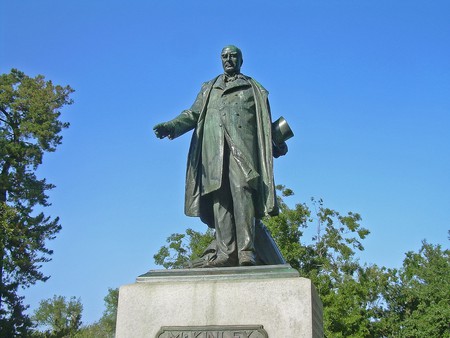 Located in the Southern California town of Yucca Valley, this park, dedicated on Easter Sunday in 1951, was the passion project of Eddie Garver and created by Frank Antone Martin. Throughout the 1950s, it was known as the Desert Parson. The controversy with the park transcends from denominational considerations. Although it illustrates the life and teachings of Jesus Christ, a decision by the U.S. 9th Circuit Court of Appeals ruled that the statues violated the separation of church and state clauses of the California and U.S. constitutions. 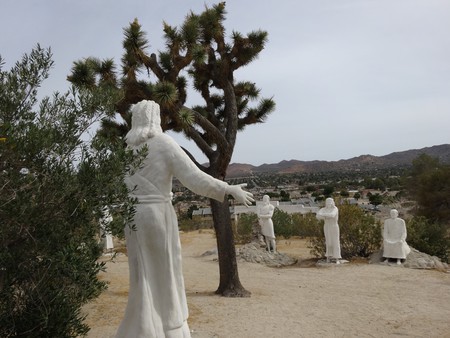 Located between the Asian Art Museum and Main Library in San Francisco, the Pioneer Monument is a statue that is quite astounding in its depiction. Created by F.H. Happersberger and completed in 1897, the statue depicts a white settler and white priest standing over a Native American, which has been deemed as rather racist. You think? 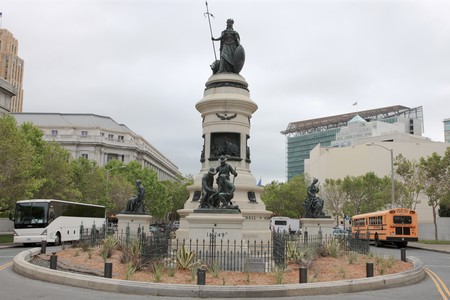 The bronze sculpture of Mohandas K. Gandhi is located in the San Francisco Ferry Building, San Francisco, California. A gift from the Gandhi Memorial International Foundation, the eight-foot-tall statue has caused some controversy. In 2010, a group called the ‘Organization for Minorities of India’ protested against the monument, demanding its removal due to them believing Gandhi was a racist ‘who harbored violent urges.’

Created by Scott Donahue in 2001, this fiberglass, steel and concrete statue represents 20 women from Oakland’s history, from the 1700s to present day. While the subject matter is great, the appearance – the 20 pieces that compose the woman figure each represent a specific historic woman – did raise a few eyebrows, causing the sculpture to be moved from Frank H. Ogawa Plaza to Union Point Park. 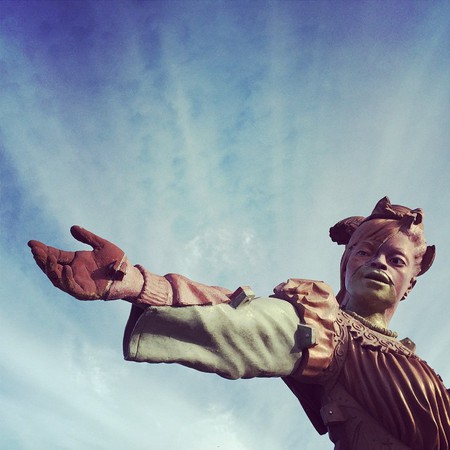 Sigame/Follow me- From Oakland they came, their gifts many | © Brett Lider/Flickr

The Bear Hunt Statue, positioned at the California School for the Deaf in Fremont, has been labeled as racist, offensive and misrepresentative of Native Americans. Yet in defense of it, people have made the case that the monument illustrates the visual history of Native Americans against nature. The statue is said to be the mother of the institute, protecting the students. 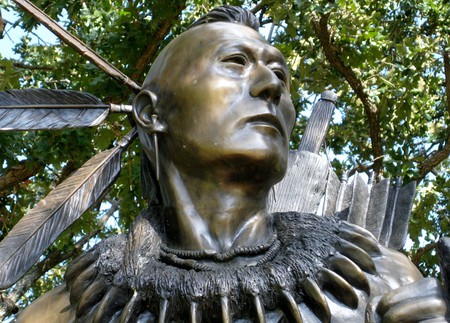 At Chapman University in Orange County, there is a shrine of the late president Ronald Reagan. However, it has come under student review due to racism (he fought against civil rights in America and was against ending apartheid in South Africa), classism (added trillions in debt redistributing wealth from poor to rich), and homophobia (was strongly against civil rights for the gay community). 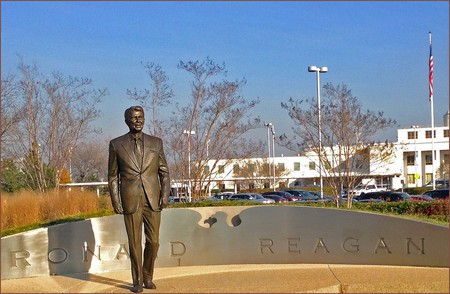 Chapman University also has the image and likeness of the female British Prime Minister Margaret Thatcher. Yet again, a student review was placed on this because of her opposition to gender roles and homophobia, very much like Ronald Reagan. This sculpture, along with Reagan’s and Rand’s (see below), were defaced in April 2015.

Once more, Chapman University in Orange County is home to another statue that has caused quite a bit of controversy. This time, the bust of Ayn Rand, which was added to the collection in late 2009, comes into question. The reason is that she was a ‘clever racist’ as she attempted to cloak white supremacy in an economic philosophy.

Junipero Serra is a respected figure for Christianity in America. He is known as the man who brought Christianity to California 300 years ago, with the founding of the Missions. Nevertheless, recently, his statue – located at the Mission Santa Ines in Solvang – has been branded as offensive, as it was documented that he actually enslaved, tortured, whipped and destroyed the beliefs of Native Americans. 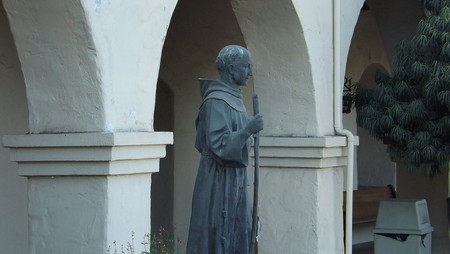