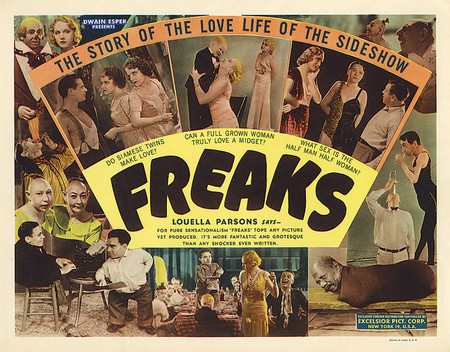 Given the thousands of films that are produced and released each year, remarkably few provoke widespread public debate or make headlines. Those that do transcend the entertainment category to become part of social history. Here are 10 that have never ceased to shock.

What better way is there to start a list about controversial films than with one of film’s greatest early successes? The Birth of a Nation shows how cinema audiences, thankfully, have changed over the past century. Gone are the days when a 190 minute film – at full length, or 133 minutes on its original theatrical release – portrays the Ku Klux Klan as a heroic force. The portrayal of black people in film has, too, come along way, with very few films having white actors in blackface. On release the NAACP unsuccessfully led a campaign to ban the film, and it opened to widespread protests among African-American groups. Nonetheless, in 1992 it was added to the National Film Registry.

A film, and indeed book, that should always be on the tip of your tongue when you’re talking about controversy. Anthony Burgess’ original text is brought vividly to life in Stanley Kubrick‘s acclaimed adaptation of A Clockwork Orange, although with the intense portrayal of the ultraviolence it is arguably brought too much to life. Disturbing images litter the film, from the opening scene which features a brutal beating, through to the iconic scene with Alex’s rehabilitation. The film marked a turning point in the portrayal of violence on film, particularly British film, but it was still met by numerous detractors. A modern classic that is nonetheless a disturbing watch.

A film with this name is more likely than not to attract some attention. Freaks is a horror film which managed to get away with things that would no longer have been possible after the introduction of the Motion Picture Production Code. Many of the main cast members worked as genuine carnival sideshow performers as their day job, and had genuine physical deformities. Despite undergoing extensive cuts prior to its theatrical release and the plot framing the “freaks” as the good guys and the “normal people” as the real monsters, it was still widely critically derided and a commercial failure. It has since gained a semi-cult status, but it goes to show that a film with the tagline “can a full grown woman truly love a midget?” can only gain so much success.

Controversy doesn’t necessarily have to equate to fine cinema. The Sony Pictures Entertainment hack was one of 2014’s biggest news stories, one which led to the re-ignition of discussion of free speech in cinema as well as a painful – for the executives at least – insight into the inner workings of a major film studio. The lesson here, we suppose, is to not portray the assassination of the leader of the world’s most secretive country on celluloid; nor is it to expect major repercussions when doing this before you are able to reap the financial rewards. It is highly unlikely that The Interview will go down as a great, but it has certainly earned its own special place in cinema history.

Sex, drugs and teenagers always raise more than a few eyebrows. Harmony Korine has made quite a name for himself as the creator of films depicting teenage violence and excess. Kids, Korine’s first produced motion picture screenplay which was directed by Larry Clark, made quite a splash on its release and hinted at the reputation that Korine was later sure to cement for himself. The film centers on a day in the life of a group of New York teenagers who have unrestrained attitudes towards sex and substance abuse during the height of the AIDS epidemic. Upon its release it ignited public debate over its artistic merit and was released with an NC-17 from the MPAA, before later being distributed without a rating.

Despite being made by one of Italian cinema’s most renowned directors, Bernando Bertolucci, and starring Marlon Brando, one of the acting profession’s all time greats, Last Tango in Paris couldn’t be saved from controversy. It received an X rating from the MPAA and was subject to various recuts in different territories. Its portrayal of sexual violence and emotional suffering makes for a troublesome watch, one which led to some rare government interference and censorship in various countries. In France, however, it gained near universal acclaim, with audiences travelling from across the border and waiting for hours in line in order to catch a glimpse of this much talked about film.

Some films demand a second watch as you aren’t quite sure what you have quite witnessed, while others make you never want to watch them again and quickly scrub your mind of what you have just witnessed. Salò is a rare film that makes you want to do both. This art film is based on The 120 Days of Sodom, a book that hardly screams the need for a film adaptation with its main story revolving around the sexual, physical and mental torture of of nine adolescents by four fascist libertines. Its graphic portrayals of rape, torture and murder, particularly of under-18s, has led to its banning in multiple territories and there was still high profile debate around its artistic merit some 20 years after its release.

A film most famed for its prolonged, complicated rape scene. Controversy was, of course, soon to follow. Released in 1971, the same year as A Clockwork Orange, Straw Dogs was part of the canon of films which produced a rise in the active debate surrounding violence in cinema. Director Sam Peckinpah has since become known as one of cinema’s great directors, but at the time he received great criticism for his seemingly permissive portrayal of misogyny, sadism and chauvinism, his negative portrayal of women’s sexuality, particularly in the – intended – ambiguity of the rape scene, with the victim seemingly enjoying it after some initial resistance. It also caused offense with the residents of the film’s location who were unaware of the film’s violent content.

This is a film that gained increased traction in its controversy in the ten years after its initial release, crossing over into the realm of politics. Triumph of the Will is the famous Nazi propaganda film directed by Leni Riefenstahl, who would later have to attend several trials regarding her association with the National Socialists and who would always maintain that she had no knowledge of Hitler’s genocidal or antisemitic policies. The techniques that Riefenstahl employed, including moving cameras, aerial photography, and the use of long lenses to create focal distortion, were still innovative at the time and has helped the film to gain the accolade of being one of history’s greatest propaganda films. A great film it may be, but its content is still unsettling and it is still, and probably ever will be, banned in Germany.

Where there is religion in film, controversy is usually soon to follow. From The Passion of the Christ to Monty Python’s Life of Brian, there are never religious groups too far away from a picket line. Viridiana is now widely regarded as a masterpiece, but the reception on its initial release was tepid at best. Its close-to-the-bone, though unusual, portrayal of events within the Church, with incest, sexual perversion, greed and violence all being explored, made it a ripe target for criticism. Spanish censors rejected the initial ending, though the new final scene ended up being equally if not more suggestive. Blasphemous but undeniably great.