The 10 Best Things to Do and See in San Diego

San Diego as a popular tourist destination has so much to offer to its guest. Explore the museums, roam around the zoo, and absorb the spectacular beautiful views of the cliffs or beaches. To find out more about the best places to do and see in San Diego check out are nominated ten.

The San Diego Zoo is a zoo in Balboa Park that houses over 3,700 animals of more than 650 species and subspecies. San Diego Zoo pioneered the concept of open-air, cageless exhibits that re-create natural animal habitats. It is one of the few zoos in the world that houses the giant panda. There is an overhead gondola lift called the Skyfari, providing an aerial view of the zoo. Explore many of the trails including monkey trails, forest tales, bird trails such as Owens Aviary and Scripps Aviary, panda trails and much more. 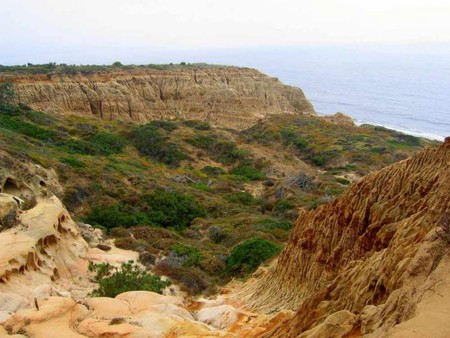 Torrey Pines State Reserve is 2,000 acres of coastal state park located in the community of La Jolla, in San Diego. The reserve consists of a plateau with cliffs that overlook Torrey Pines State Beach, and a lagoon that is vital to migrating seabirds. Many different kinds of wildlife and flora are found within the reserve, including bobcats, foxes, skunks, raccoons, coyotes, rabbits, cacti, coastal chaparral, and the rare Torrey pine. The eight miles of trails within the park offer an attraction for hikers and beach-goers and a small museum sits at the top. 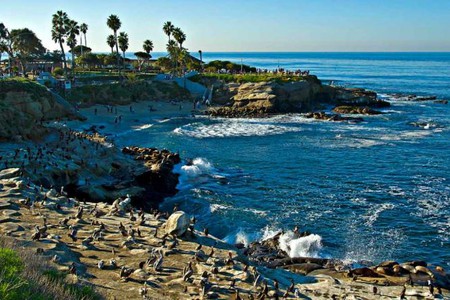 La Jolla Cove is a very small beach, tucked between sandstone cliffs. Because of its extraordinary beauty, La Jolla Cove is one of the most photographed beaches in Southern California. The beach is San Diego’s most desirable spot for kayaking, snorkeling and diving. The water is calm and ecologically protected, providing a safe home for colorful garibaldi, yellowtail, rays and even leopard sharks. This ocean view’s striking beauty simply cannot be overstated. Swimming and scuba diving are allowed with lifeguards staffed all year-round from 9am to dusk. 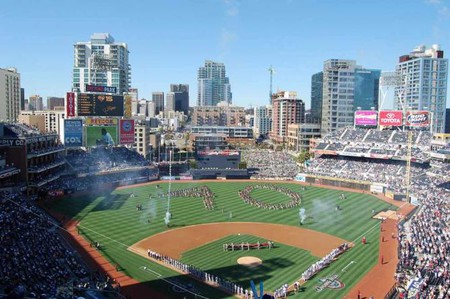 Petco Park is spectacular in every way, combining the best sight lines in baseball with breath-taking views of San Diego. Architecturally magnificent, it celebrates the sea, the sky, the natural beauty, cultural diversity and unique spirit of their region. Innovative design features evoke the timeless traditions of baseball in an intimate setting, with state-of-the-art fan amenities to suit every taste and budget. Come see a baseball game at the arena experience the amazing vibes that vibrate throughout the stadium. 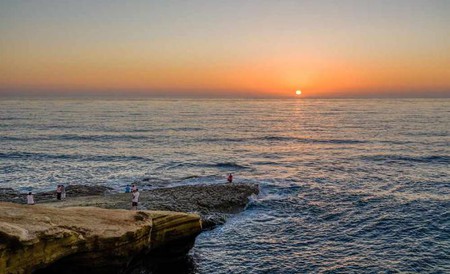 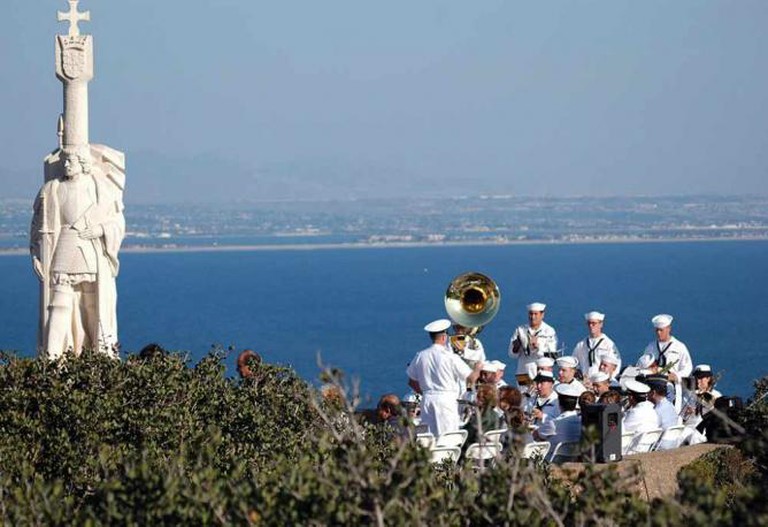 Sunset Cliffs Natural Park, San Diego | © Shannon R. Warner/WikiCommons
Sunset Cliffs Natural Park is a 68-acre resource-based park stretching along the Pacific Ocean bordering the western edge of Point Loma. The Park’s topography includes intricately carved coastal bluffs, arches and sea caves. It affords inspiring panoramic ocean views. From the cliffs, the California Gray Whale can be seen migrating annually from the Bering Sea to Baja California. There are surfing spots below the cliffs. The cliffside trails are popular for walking and for watching the sunset. Be careful as the cliffs are undeveloped and can be dangerous.
Open In Google Maps
Ladera Street, Wooded Area, San Diego, California, 92107, USA
+16195258213
Visit Website
Give us feedback

Cabrillo National Monument is located at the southern tip of the Point Loma Peninsula in San Diego. It commemorates the landing of Juan Rodríguez Cabrillo at San Diego Bay on September 28, 1542. This event marked the first time that a European expedition had set foot on what later became the West Coast of the United States. The annual Cabrillo Festival Open House is held on a Sunday each October. Make sure to pop into the Visitor Center which offers a place to purchase souvenirs and learn about the park’s history. 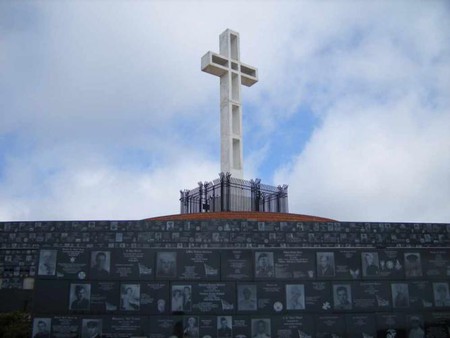 Mount Soledad is a prominent landmark in the city of San Diego. The mountaintop is the site of the Mount Soledad cross, the subject of a continuing controversy over the involvement of religion in government. Mount Soledad is a popular cycling destination and area. There are numerous routes ranging from the relatively gradual, 3.5-mile (5.6 km) mile climb up Soledad Mountain Road on the southern slopes to the very steep and short, 1.25-mile (2.0 km). 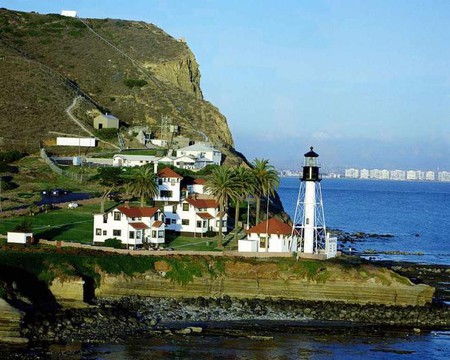 Point Loma is a seaside community within the city of San Diego, California. Geographically it is a hilly peninsula that is bordered on the west and south by the Pacific Ocean, the east by the San Diego Bay and Old Town, and the north by the San Diego River. Point Loma houses two major military bases, a national cemetery, a national monument, and a university, in addition to residential and commercial areas. The best known landmark in Point Loma is the Old Point Loma lighthouse.

The San Diego?Coronado Bridge, locally referred to as the Coronado Bridge, is a “prestressed concrete/steel” girder bridge, crossing over San Diego Bay in the United States, linking San Diego with the island of Coronado, California. The pillars supporting the bridge on the eastern end are painted with huge murals as part of Chicano Park, the largest collection of Chicano art murals in the world. This neighborhood park and mural display were created in response to a community uprising in 1970.