10 Disney Movies To Get You Animated 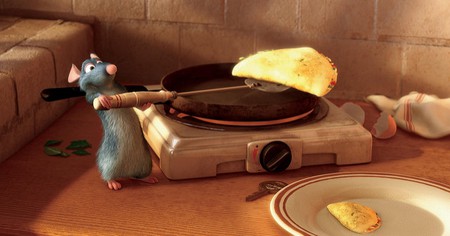 The Walt Disney Company’s animated movies have impacted popular culture more than any other children’s movies. Who cannot name at least one Disney movie he or she fell in love with growing up? Here are 10 of the most significant.

Snow White and the Seven Dwarfs

Snow White and the Seven Dwarfs was Disney’s first feature-length production. Walt Disney himself oversaw the production of the movie which premiered in 1937 and was an instant success. The characters have gone down in history with the evil queen setting the example for future stepmothers and Snow White becoming the first of a long line of Disney princesses saved by their knights in shining armor. There’s also the introduction “love’s first kiss”, that comes in handy whenever a cursed character needs to be brought back to life (we hear you, Sleeping Beauty).

“Can You Feel the Love Tonight” and “Circle of Life” are only two of the many songs that helped turn The Lion King into a hit. Simba and his friends are a crucial part of the so-called Disney Renaissance. After Walt Disney and his brother Roy died in 1966 and 1971 respectively, the company struggled creatively and commercially. That changed in 1989 when The Little Mermaid triggered the Disney Renaissance. The following movies, which included The Lion King, Aladdin, and Pocahontas, restored the company to its former glory.

Tangled is Disney’s version of the Grimm Brothers’ Rapunzel story. But this Rapunzel doesn’t need a knight on a white horse to get her out of her tower. This chica slides down her ponytail and frees herself. No matter if she’s saving her man or escaping the bad guys, Rapunzel proves that blondes have more fun. She’s a pretty independent young lady compared to some of the other Disney princesses and uses her cooking pan only for knocking out guys that are too full of themselves.

While fish played only a minor role in The Little Mermaid, they took centerstage in Finding Nemo. Dory, Nemo, Marlin and their friends are unique characters and the underwater world Pixar created for the movie is so detailed and alive, it’s no surprise the American Film Institute named Finding Nemo one of the Top 10 animated movies. When clownfish dad Marlin goes on a search for his son Nemo, he becomes friends with blue tang fish Dory, who suffers from short-term memory loss and gets the duo wrapped up in all kinds of crazy situations.

Long before there was Pretty Woman, there was Cinderella, the ultimate story that has had girls dreaming of finding their own Prince Charming for decades. Who wouldn’t want a Fairy Godmother who can turn you into a princess? Never mind the cute birds and mice that provide the chorus to your wake-up song. Released in 1950, Cinderella was crucial for the survival of the Disney Company, which was on the verge of bankruptcy after having suffered several box-office losses. Earning three Oscar nominations, Cinderella reversed the studio’s fortune. And that glass slipper proved why shoes are the most important part of a woman’s wardrobe.

The Princess and the Frog

In 2009 (better late than never), Disney presented its first African-American princess in The Princess and the Frog, an animated movie faintly resembling Cinderella, but much more fun. The heroine is a hard-working waitress who gets pulled into an adventure by an overly confident prince-turned-frog. Set in New Orleans, the story pays homage to Southern culture and the Louisiana swamps: the fairy Godmother is a Hoodoo priestess living in the Bayou, and the sidekicks are a trumpet-playing alligator dreaming to be in a band and a Cajun firefly with a crush on the Northern Star.

Hate rats? Watch Ratatouille. Remy, the cuisine-obsessed French rodent that ends up running a Parisian bistro, will make you change your mind faster than you can pronounce “ratatouille” (rat-a-too-ee). Paris has never been more romantic and more beautiful than in this animated movie. The City of Lights becomes the perfect backdrop for Remy’s journey from chased outsider to successful chef. The ratatouille, which becomes Remy’s signature dish in the movie, is a fancy version of the original eggplant, zucchini and tomato dish, thought up by the American chef Thomas Keller and named confit byaldi.

If tying thousands of balloons to your house and flying away to an exotic place in South America sounds like a great adventure to you, then you will love Up. This movie has “It’s never too late to live your dream” written all over it. The story of retiree Carl who sets out to fulfill a promise he made to his deceased wife is as touching as it is funny. Carl makes some unexpected friends along the way: there’s a speaking dog with a weakness for squirrels, an overzealous wilderness explorer, and a bird without wings. They prove to Carl that family comes in many forms and that having fun should be one of your top priorities.

A world where predators and prey live together in perfect harmony? Zootopia argues that it’s possible. This tale, in which a shrewd fox and a tenacious rabbit team up to solve a mysterious crime, is a call for tolerance and open-mindedness, and it’s a warning of what can happen when we let our prejudices get the better of us. The animals in this movie are all too human: there is the bossy police chief, the receptionist with a weakness for donuts, and the worried parents that stay behind in the country when their daughter sets out to discover the big city. One of the many lessons in Zootopia – sometimes the wolf hides in sheep’s clothing.

Beauty and the Beast

A prince is transformed into a beast as punishment for his arrogance. When he captures a beautiful young girl, he gets a chance at redemption, given he can make her fall in love with him. Seriously, can it get any more romantic than that? Who wouldn’t want to be Belle in her golden dress waltzing through that ballroom? Or have a speaking tea cup/candlestick/clock to hang out with? Beauty and the Beast, based on a French fairy tale, may be the most beautiful love story Disney has ever told.