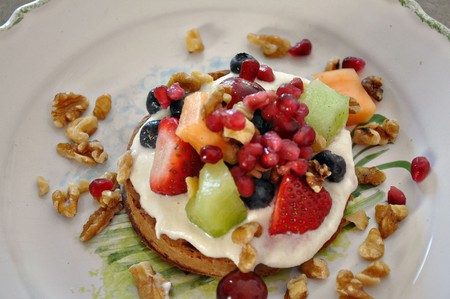 San Diego is a city of villages, and its neighborhoods have clear-cut identities and are marked with official signs. North Park‘s sign stands in the middle of University Avenue. We’ve compiled a list of great places where you can go for brunch next time you are in town. 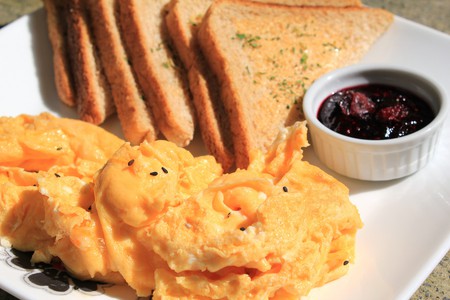 Restaurant, American, Coffee
Facebook
Email
Twitter
Pinterest
Copy link
Share
There’s no better place to go for a satisfying breakfast or brunch meal than Café on Park. Their award-winning breakfast and brunch and their extensive menu guarantees you’ll enjoy the eating experience here. They serve everything from grilled French bread layered with havarti swiss, wilted spinach, tomato and artichoke hearts topped with two basted eggs drizzled with basil hollandaise sauce, to meals as simple as a large bowl of Captain Crunch cereal. Café on Park offers all the scrambles, traditional breakfast meals, and pancakes you could ask for.

Restaurant, Bistro, American, $$$
Facebook
Email
Twitter
Pinterest
Copy link
Share
At Great Maple, brasserie meets classic diner to create what they like to call a ‘European dinette.’ They view the great maple tree as their emblematic commitment to quality, responsible products, honest service and ‘the culinary will to make things great.’ They offer a unique dining experience with the commitment to new brigade style cooking. Great Maple serves great food everyday and they do brunch on the weekends. Brunch at Great Maple is unlike any other brunch experience in town. Their menu is comprised of one of a kind meals, such as the chocolate bacon pancakes, that will leave your taste buds asking for more.

Coffee Shop, Coffee
Facebook
Email
Twitter
Pinterest
Copy link
Share
Subterranean Coffee Boutique is part sandwich shop, part coffee shop, part smoothie and juice bar, but it offers a 100% enjoyable dining experience. This restaurant has been in business since 2012 and its owners, Gene and Kelsey Padigos, have been attracting customers to their café with their delicious recipes since. Subterranean serves coffee, breakfast meals, sandwiches, salads, and pastries daily at reasonable prices. With its array of breakfast sandwiches, bagels, toast and more, this coffee boutique has become a hotspot in the area, so bring friends along. 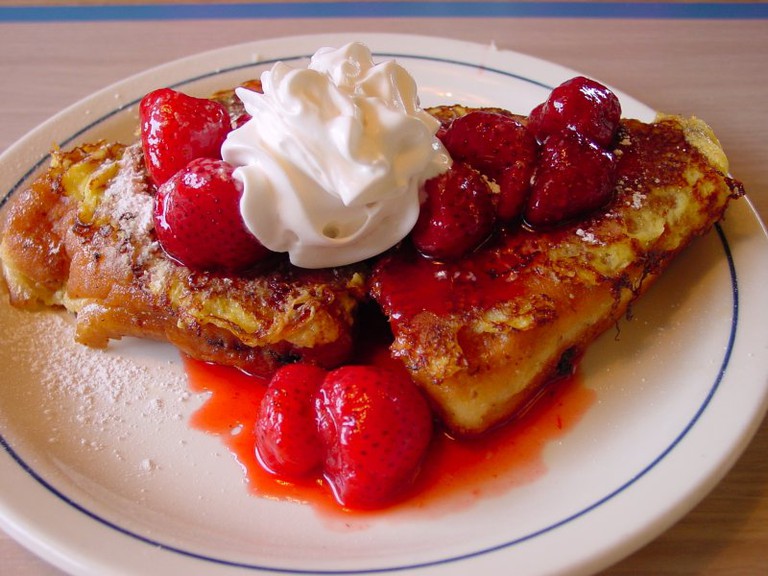 Stuffed French Toast | © Jim Brickett/Flickr
Whether you’re looking for brunch, dinner, or happy hour, Café 21 is here to offer unique and delicious gastronomic creations. Their flavorful menu is crafted by premiere chef Layla Javadov, and their dishes incorporate the best local, organic, farm-to-table ingredients, creating the finest ‘socially conscious’ dining experience. Unlike many restaurants, Café 21 serves brunch daily, allowing guests to enjoy favorites like the cast iron omelettes and Café 21 cakes any day of the week. This is the perfect restaurant to dine at with family and friends, the extensive menu ensures that everyone will find something they love.

Coffee Shop, Coffee, Tea , $$$
Facebook
Email
Twitter
Pinterest
Copy link
Share
Mystic Mocha opened in 2005 and is an urban oasis promoting healthy eating and community ties through whole foods, a peaceful atmosphere, and friendly service. The restaurant has been serving both classic options and new creations in the territories of coffee, tea, and food. Mystic Mocha’s interior reflects the artistic sensibilities of the area. The exterior provides seating in a peaceful outdoor patio. Savor the plate of Mystic buttermilk pancakes with fruit or bacon scramble while enjoying the chimes and hummingbirds, and talking with the friendly passersby.

Restaurant, Belgian
Facebook
Email
Twitter
Pinterest
Copy link
Share
Wow Wow Waffle opened in 2011 with the goal of putting together family and friends and supporting local communities serving healthy and tasty treats from the local farmers market. This waffle joint is open on the weekends and offers a pretty minimal yet brilliant menu. The Wow Wow Waffles are sweet and made from dough based yeast. Once sugar pearls caramelize the outer shell of the waffle, you can choose from a variety of toppings including homemade whipped cream, farm fresh fruit, or imported chocolates and spreads to go inside or atop the waffle. A variety of savory waffle toppings is also available to provide a wider assortment.

Cafe, French, $$$
Facebook
Email
Twitter
Pinterest
Copy link
Share
Cafe Madeleine is inspired by the sidewalk street cafes in France, from the sidewalk chairs to the mural of Toulouse-Lautrec-like printing on the side of a building. The art nouveau style of Cafe Madeleine, its outside tables and umbrellas lining the sidewalk, gives the place an ambiance characteristic of Paris. The café specializes in sweet and savory crepes and panini. All their food is made to order in front of the customer using fresh premium ingredients. With great quality food and service, eating at Cafe Madeleine for breakfast or brunch is a great decision.

Cafe, Restaurant, Greek, Dessert
Facebook
Email
Twitter
Pinterest
Copy link
Share
Nestled in the heart of North Park, Olympic Cafe offers a large variety of award-winning menu items, inclusing breakfast options and desserts. They’ve been the friendly neighborhood cafe specializing in Greek cuisine for over 25 years. Olympic Cafe opened in 1985 and has been serving some of the best Greek inspired dishes ever since, earning the titles of Best Greek Restaurant, Best Ethnic Overall Value Take Out, and Best Breakfast, Lunch, Entree, and Dessert. With tasty waffles, pancakes, french toast, breakfast sandwiches, and more, it’s not hard to see why Olympic Cafe is raved about.

Cafe, Restaurant, Coffee, Tea , Beer
Facebook
Email
Twitter
Pinterest
Copy link
Share
Young Hickory is one of the best places to go to grab a bite to eat before a hectic work day or during a lunch break. This restaurant serves breakfast all day, from toast with avocado, black pepper and sea salt to Greek yogurt topped with granola, strawberries, banana, blueberries and honey. Young Hickory keeps breakfast simple, with meals that won’t break the bank. Each meal can be paired with your choice of coffee or tea. Their cappuccinos, lattes, mochas, and flavored teas are just as inexpensive as their meals, and the beverages are served in a timely fashion.
Give us feedback