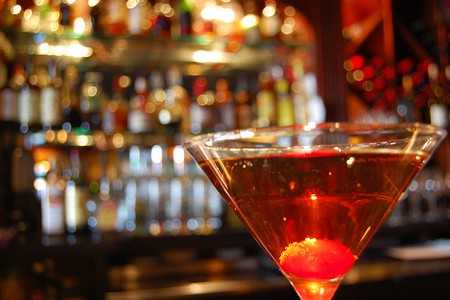 The central area of San Jose, California, is a lively, party loving area filled with many interesting and unique bars. From wine bistros to beer bars, we list the top 10 bars and pubs to enjoy a drink in here.

Drinks at O’Flaherty’s | Courtesy of O'Flaherty's 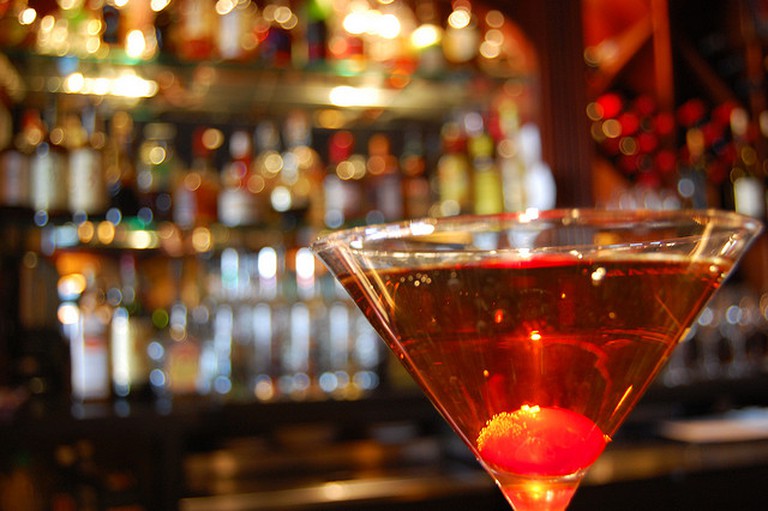 A Manhattan cocktail | © Southern Foodways Alliance/Flickr
Right in central San Jose’s historic San Pedro Square, O’Flaherty’s Irish Pub is a casual, friendly bar with the motto ‘You’re a stranger here but once.’ O’Flaherty’s serves unique beers from Ireland as well as from around the world and has 54 beer taps. The Irish pub has an ever-rotating selection of both imported and American craft beers on tap. In addition, the bar has a large selection of Irish and Japanese whiskies as well as American whiskies and bourbons. Foodwise, the menu features pizza, burgers, sandwiches, salads, and bar bites such as chicken wings and mac’n’cheese.

Cocktail Bar, Bar, Pub Grub, Cocktails, Beer, Wine, American, $$$
Facebook
Email
Twitter
Pinterest
Copy link
Share
Paper Plane is a laid-back cocktail bar on 1st street, with a long bar surrounded by exposed brick walls, and a classy drinks menu with upscale bar bites. There’s a good variety of homemade, hand-crafted punches on tap that change with the seasons, and a long list of classic cocktails. Try the signature cocktails such as ‘up in smoke’ or ‘thyme is on my side,’ and cocktails from bars around the world such as the ‘8 Amaro Sazerac’ from Amor y Amargo in New York City. 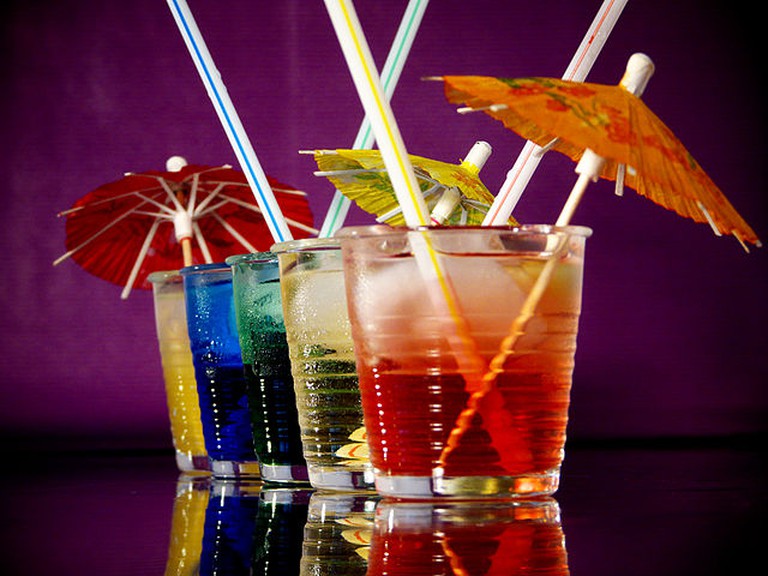 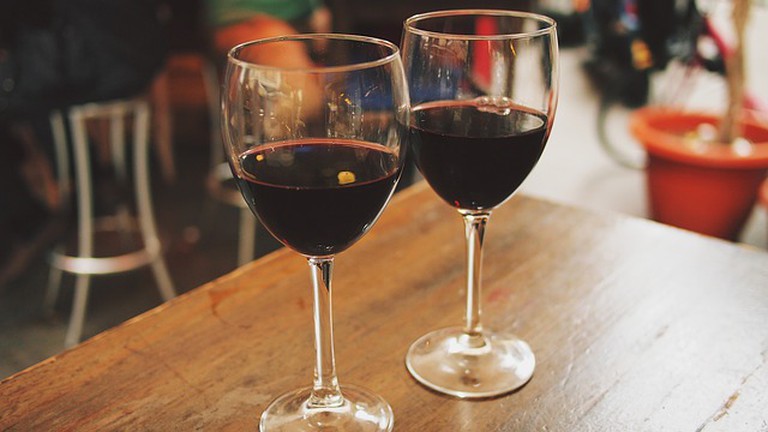 Wine | © Pixabay
55 South is a bar on 1st Street in downtown San Jose known for its specialty craft cocktails. The bar menu has interesting, creative items such as ‘leek fondue,’ shrimp sausage crostini with beet-pickled cucumber, and the beef carpaccio. The last Tuesdays of the month are ‘Tiki Tuesdays,’ which are popular days at the bar featuring special tropical flavored cocktails. 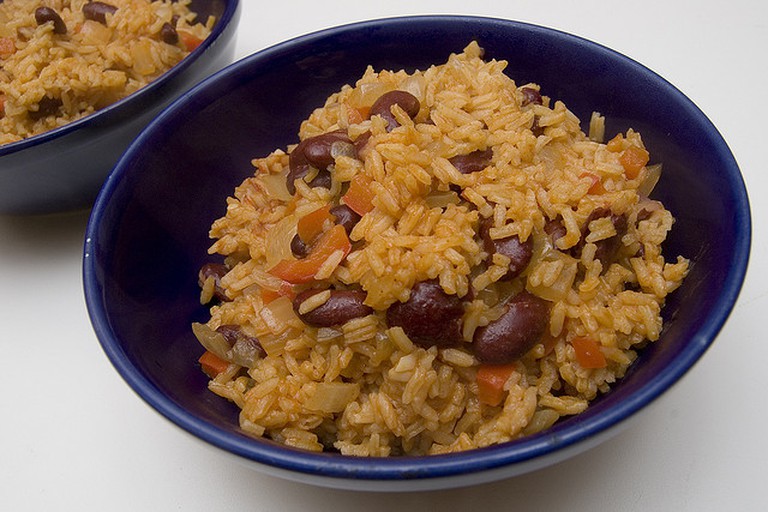 Rice and beans | © Paul Goyette/Flickr
Vino Vino is a wine bar that prides itself on serving high quality wines with no pomp or fuss, living up to their slogan, ‘wine without attitude.’ Vino Vino serves both local bottled wines as well as wines on tap, as well as shots and cocktails. The bar also has a selection of tasty bar foods such as crostinis, paninis, cheese and charcuterie plates, and salads.

Good Karma Artisan Ales & Café is a trendy pub and café with a high supply of artisan craft beers, ales, ciders, stouts, and more on tap. Good Karma Café is best known around San Jose for their high quality vegan pub food, which makes use of combination proteins like rice and beans as well as meat substitutes like tofu or veggie proteins for pork or chicken. Some popular items on the Good Karma Café menu are the veggie protein chicken drumsticks, the ‘pulled pork’ street tacos made with jack fruit, and the chili verde.
http://instagram.com/p/BRW3j38lyZ_/?taken-at=213003708 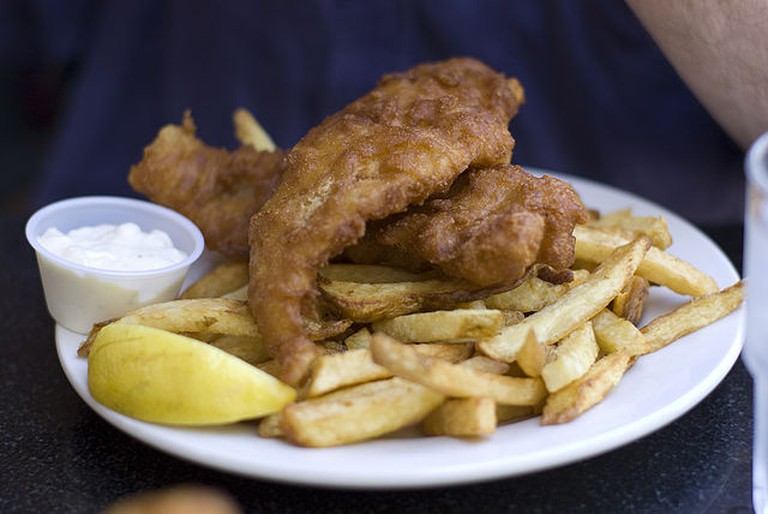 Fish and chips | © Robin Miller/WikiCommons
ISO Beers, which stands for ‘In Search of Beers,’ is a beer bar and bottle shop on Santa Clara Street. ISO Beers sells unique and rare light beers, Belgian beers and ales, sours, pale ales, darks, ciders, meads, and wines. ISO Beers does not serve food, but the beer bar does allow customers to bring in their own outside food and the shop itself sells beef jerky. Customers can sit inside the beer bar or outside on the sidewalk patio. 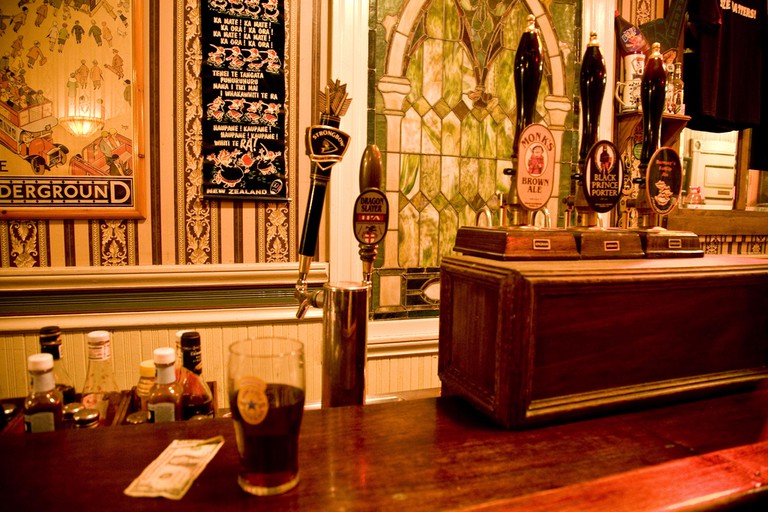 Trials Pub, Downtown San Jose, CAPaulo | © Paulo Philippidis/Flickr
Located inside a Victorian style building that was built in 1894, Trials Pub is a comfortable pub with a large selection of unique beers on tap as well as many bottled ales, ciders, and scotches. Trials Pub also has a full menu of appetizers, including fried mac’n’cheese bites, thick cut fries, or as they call them, ‘chips’ that can come in either garlic cheese or curry versions, and buffalo wings. Trials Pub also serves many dinner options including shepherds pie and fish and chips.

Right next to San Jose State University, Vyne Bistro is a modern, American-style wine bar. Customers can drink their wine while sitting in leather seats, cozying up to a fireplace and looking out of huge window walls. Vyne Bistro has a large selection of unique and rare wines, but also serves beers, sakes, and ciders. The bar food menu includes items such as their cheese combo plate, chocolate fondue, fresh oysters, foie gras torchon with a cranberry walnut loaf, and a buffalo burger. 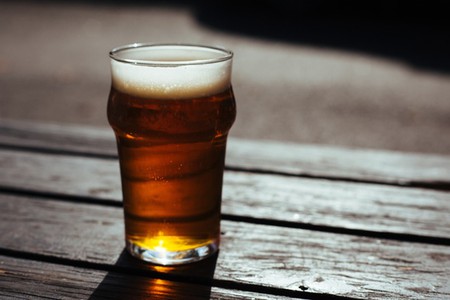