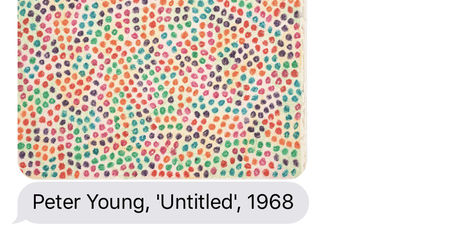 Screen shot from Send Me SFMOMA

No need to pay admission or fight through crowds for your next art fix—simply text “send me” plus a key word or emoji of your choice to the San Francisco Museum of Modern Art (SFMOMA), and you’ll promptly receive an SMS response with one corresponding piece from their collection.

Send Me SFMOMA is a new approach to sharing art with the world. Since the experimental initiative’s launch last month, SFMOMA has received millions of text messages with international requests for an artsy reply. Texting “send me” followed by a word, an emoji, or a color to 572-51 will deliver a related artwork with the artist’s name, the title of the piece and the year it was completed straight to your phone. 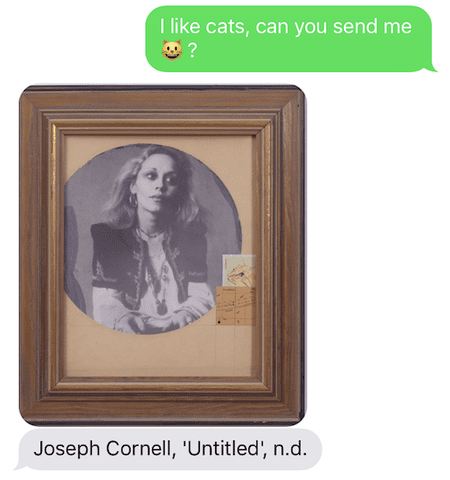 The project’s wild success is largely thanks to a supportive tweet from Neil Patrick Harris, who praised the unusual venture amid his then 26 million followers on July 11. But Send Me SFMOMA was already poised to prosper for its pioneering method of sharing the 34,678 artworks in the museum’s collection with the world.

Send Me is the brainchild of Jay Mollica, SFMOMA’s creative technologist, who cultivated the service to “generate personal connections between a diverse cross section of people and the artworks in [the museum’s] collection.” Its purpose is to provide “an approachable, personal, and creative method of sharing the breadth of SFMOMA’s collection with the public,” he wrote on the project’s web page, whilst simultaneously prompting further exploration and discussion. 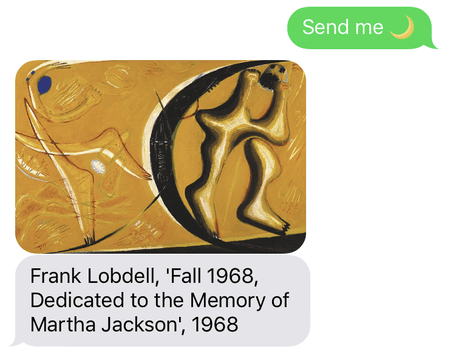 Send Me SFMOMA reaches art lovers and the art curious alike, providing accessible information without the investment of wandering through the museum’s extensive gallery space. “If you were to walk past each artwork currently on view, you would walk almost seven miles,” Mollica informs, noting that the museum’s collection is so large that the galleries can only accommodate approximately five percent of it. The rest is hidden in storage.

“To show the museum’s entire collection at once would require the construction of another seventeen SFMOMAs and you would need to walk the equivalent of 121.3 miles to see each piece,” Mollica continues. He estimates that only seconds of looking at each artwork on view would keep you in the museum for three days. 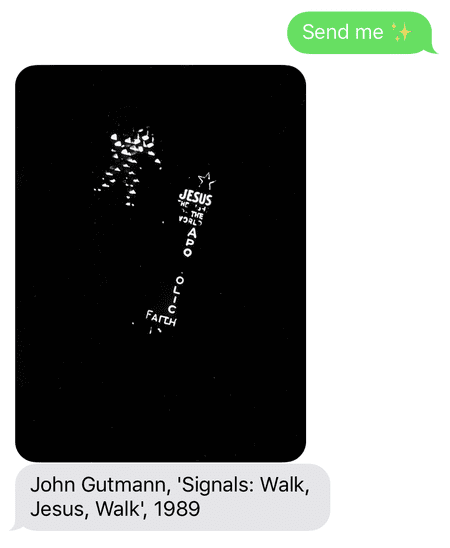 At the end of March 2017, the museum ran a trial to gauge general interest in the service. The beta test was so wildly popular that, according to Gothamist, it only took four days before major mobile carriers blacklisted the number, alleging that it was spam. The project was officially launched on June 19, and the July boost in curiosity following Harris’ tweet was so significant that the museum’s servers crashed.

Gothamist reports that so far, the most popular key words are “love, happy/happiness, flowers, dog and dogs, cat and cats, ocean, San Francisco, food and music,” while 🌊 😺 🐶 😍 ❤️ 🌵 🔥 💩 🌅 🌈 are the top picks in the emoji category. 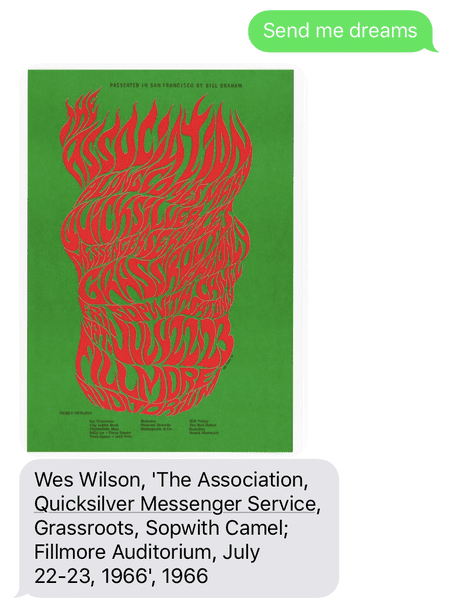 Screen Shot from Send Me SFMOMA

Send Me SFMOMA grants international access to the museum’s entire collection for free, though standard texting rates do apply.