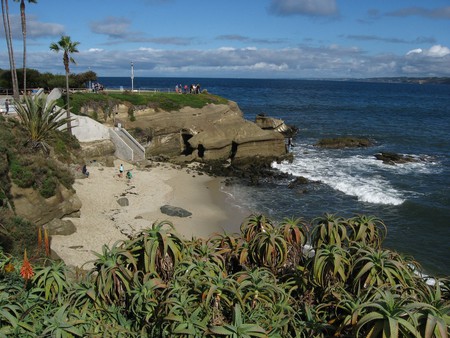 La Jolla is home to seven sea caves, of which only one is accessible via land | © Ken Lund / Flickr

Once used to smuggle rum into San Diego, the Sunny Jim sea cave is open to visitors willing to trek 145 steps into its depths.

At first glance, The Cave Store looks like a typical beachfront shop. Located in the affluent coastal community of La Jolla, the shelves are lined with ocean watercolors, snorkeling equipment, jewelry, and other knick-knacks. But those willing to pay $5 can enter a passageway inside the shop and walk down 145 steps to enter the Sunny Jim sea cave: an ancient cave with a storied past. 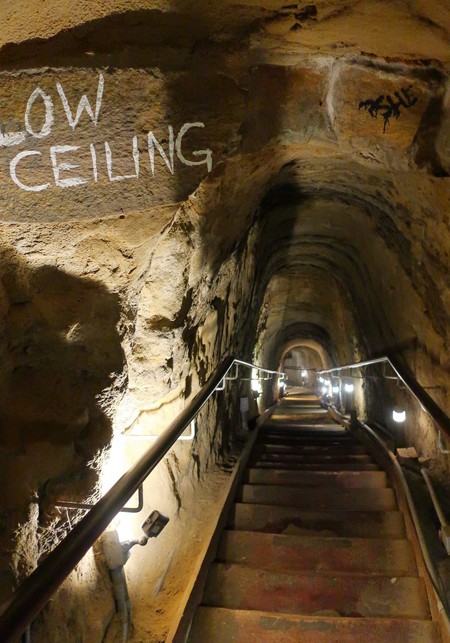 Sunny Jim is one of seven sea caves in La Jolla, but it is the only one that can be accessed by land, thanks to the vision of Gustav Shultz, a German professor and mining engineer. In 1902, Shultz hired two laborers to tunnel through the sandstone. Using only picks and shovels, it took them nearly two years to complete the tunnel.

At the time, steps weren’t yet built and visitors would enter the cave by climbing down a rope. Despite the dangerous descent, hundreds of visitors paid the 25 cent fee to enter the cave. Years later, it was purportedly used to smuggle rum and opium into San Diego during the Prohibition Era. 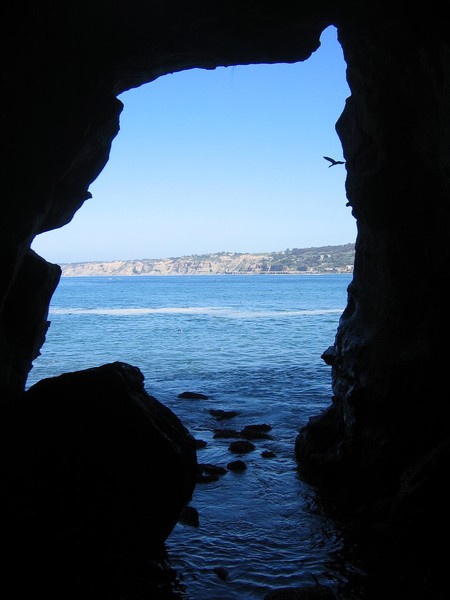 When viewed from the inside the silhouette of the cave looks like Sunny Jim, the cartoon mascot of a popular wheat flake cereal in the early 1900s. | © Nogwater / Flickr

As for the cave’s name? L. Frank Baum, the author of the Wizard of Oz, dreamed up the moniker. He thought the outline of the cave resembled Sunny Jim, the cartoon mascot for Force, a popular wheat flake cereal in the 1900s. The cave’s silhouette, showing the outline of what looks like a head with a beard and pointy hat, can only be seen from the inside.

The Cave Store is open every day from 9am to 6pm, with access to the cave closing 30 minutes before the store. Visitors should proceed cautiously, as the only way in and out is via the 145 steps, which can get slippery due to the moisture of the cave. Entering the cave costs $5 for adults and $3 for kids. Local companies also offer kayak tours that provide the opportunity to see the caves via the water. 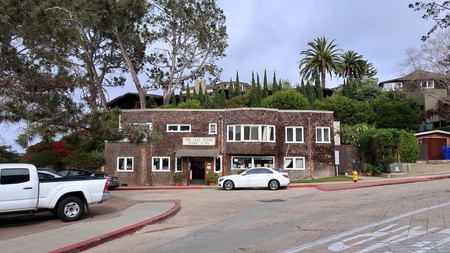 At first glance, The Cave Store looks like a typical beachfront shop. | © cultivar413 / Flickr
Give us feedback