Fog City’s chef and owner Bruce Hill has been a crucial player in the San Francisco culinary scene for over 30 years. With a commitment to using the finest local and seasonal ingredients, he devotes himself to building strong teams while delighting the pickiest of San Franciscan palates through continual culinary exploration. We talk to Bruce to find out more. 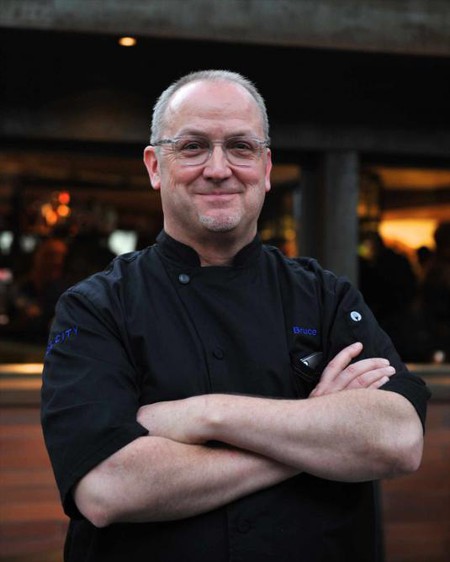 The Culture Trip: How would you describe your culinary style?

Bruce Hill: My culinary style is multi-faceted and ever-evolving. One of my prime motivators is discovery, so I get a lot of inspiration at markets. In the food world there’s always something to discover: something All-American, something specifically regionally Japanese, it could be from anywhere.

TCT: Which foods did you grow up eating?

BH: My mom was a very adventurous cook. She wasn’t terribly refined, but she dabbled in different ethnic styles. She was really into Greek food when I was a kid. I remember going to Greek delis in Washington, DC.

TCT: Tell me about your ‘cooking epiphany’ in Europe when you were 15.

BH: We went to the town of Gruyères, which made a big impact on me because it was so different. We had really traditional raclette, mustard, pickles, and for dessert, raspberries with triple thick cream. It was just incredible.

TCT: How would you say that San Francisco cuisine is staying relevant while still staying true to its history?

BH: I think that cuisine in San Francisco is constantly evolving, and it continues to specialize with a focus on regionality. Instead of just Italian food, it’s ‘What part of Italy?’ I see more and more chefs that keep upping their game. It’s a super competitive market, but we’re definitely at the point where there are too many restaurants. You can look on OpenTable and get into a really good restaurant at 5:30 or 6 on any given day.

TCT: What inspires you to create new dishes?

BH: To be perfectly honest, I don’t try to drive the new dishes as much in my restaurants. Each has a Tasting Team, comprised of the chef and sous chefs. It’s their responsibility to come up with new dishes with seasonal ingredients. For example, asparagus just came into season, so we have to decide how we are going to feature it on the menu. I feel very strongly that I should never be telling them what to cook. I’m always involved in the process and the final decisions, but ultimately it all starts with them.

TCT: How do you choose suppliers for your restaurants, and how big of a role do local and seasonal ingredients play in the shaping of your menu?

BH: It’s paramount. I go way back with some of our suppliers. I’ve been serving lettuces and other vegetables from Star Route Farms in Marin County since I first got a job as a cook here in the mid-1980s.

TCT: How did a small kitchen at Bix inspire the Chef’s Press, a tool now used across the country?

BH: It was a time saving thing, taking something that already existed and making it work correctly. The analogy I like to use is the old box cheese grater that we had for 100 years. Somebody came along and said ‘woah, this wood shop tool is much better,’ and that inspired the Microplane. The Microplane is a really good example of how you can take an idea that already works and improve upon it. The real challenges with pressing food are moisture escaping and the ability to adjust the weight. Typical presses are about 2.5 to 3 pounds, and if you put that on a delicate fish fillet, it’s going to kill it. I came up with a tool that you can put on a delicate fish fillet. It makes much better contact with the cooking surface, but it never squeezes any moisture out of the food, it just sears really nicely. I encourage people to check it out. We now have chefs in Europe using the Chef’s Press, and have additional sizes coming out later this year. Some truly amazing people use it on a daily basis, at least 12 Michelin stars in San Francisco alone. It’s a great tool, and the uses are vast. It’s my baby.

BH: That’s a tough one. As much as I’m an American, I really love a good taco. It would be a toss up between burgers, roast chicken, and tacos. But maybe pizza, too.

TCT: Fair. You sound like you’ve become a full Californian.

BH: Definitely! We even came up with the name Calipolitan for our Neapolitan style pizza at Zero Zero.

TCT: Do you have a favorite item on the Fog City menu? 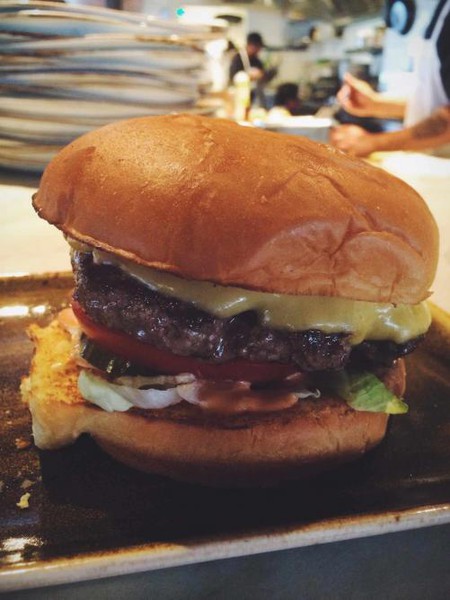 TCT: What is your favorite city to visit outside of San Francisco for culinary indulgence?

TCT: What is your favorite non-food related San Francisco activity?

BH: I really like walking in the city. The steps up to Coit Tower, that’s such a cool walk! 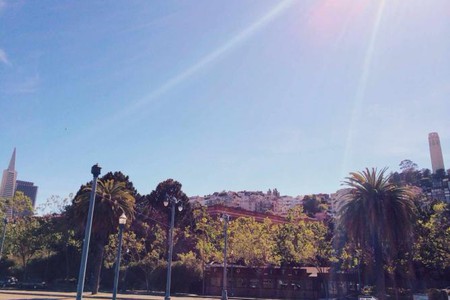 TCT: Do you have any advice for aspiring chefs that you would have benefited from when you were starting off?