Songs That Capture The Spirit Of San Francisco 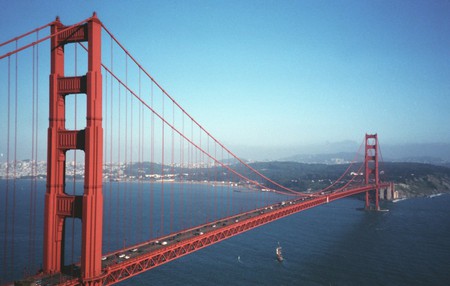 Music has the ability to capture feelings and spark memories associated with specific places and seasons, and this playlist of 11 songs sounds like summer in San Francisco. While only five of the songs are expressly about SF, they all capture the spirit of the city by the Bay.

It may be a bit too upbeat for the chillness of SF, but this song compliments that moment of contentment that comes with the first glimpse of the city skyline. Try listening to it while standing along the Vista Point on the north end of the Golden Gate Bridge.

This is the anthem for the beaches around SF, and northern California in general, where sweaters are almost always necessary.

The lyrics, while borderline depressing, talk about feeling lost and finding a place in San Francisco. It is suitable for strolling down quiet streets or through a park when deep in contemplation.

This funky tune almost adds a spring to your step. It can be an upbeat soundtrack to exploring the art, museums, and bookstores of North Beach and SOMA.

This song is pretty long, at six minutes and 31 seconds, but it is the perfect soundtrack for lying in the grass and napping on a mild afternoon.

This light and carefree tune is reminiscent of summer and the ocean and pairs nicely with the harbor and Fisherman’s Wharf.

This song is a bit sad as it talks about a man’s hopeless love, but pairs nicely with riding a bus or cable car through the rolling streets.

‘All You Need is Love’ – The Beatles

SF brings to mind hippies and LGBTQ pride that can be represented with this song and a stroll through the Haight or the Castro.

This song calls out the people who claim to be from a city different than the one they are and pretend to be experts on it. The lines that support this are, ‘He talks of San Francisco, he’s from Hunter’s Bar/I don’t quite know the distance/But I’m sure that’s far’ and ‘You’re not from New York City, you’re from Rotherham/So get off the bandwagon.’

This song is about a girl in Oakland and driving from L.A. to see her, but it is suitable for a night drive with the windows down and seeing all of the city lights.

This is another song suitable for night drives. The electronic beat compliments the glittering city lights.