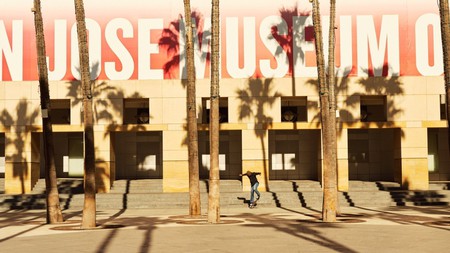 Northern California’s tech titan is a place filled with amazing art, fantastic food and a whole heap of brilliant places to go boarding. We got the inside track from one of the finest skaters in San Jose.

“Do you know the way to San Jose?” may have been the question famously posed by the great Dionne Warwick, but really she would have been better off asking “do you know the way to get around San Jose?” Because, to the initiated, the answer is obvious: it’s all about the board. We talked to Jose Rojo, professional boarder and key member of San Jose’s legendary skate collective Tilt Mode Army, about his hometown: where to skate and where to hang out afterwards.

“San Jose has been a centre for boarding since the 1970s and there are hundreds of great skate spots. Since I was a kid, I’ve always started out at César Chávez Park, right in the heart of downtown San Jose. It’s a wonderful park and it’s a great spot to try to learn tricks. There’s a stage, and you can either skate the sides of the blocks as ledges, or you can jump off the stage. But there’s also a huge open area where you can skate flat ground. It’s a great place to get warmed up.” 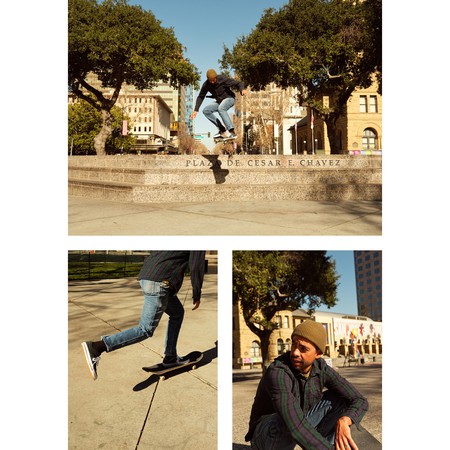 “César Chávez Park is a great spot to learn tricks.”

Before you start, be sure to head to the local Nirvana cafe. “They have really amazing coffee and pastries – it’s an excellent spot to go get wired on coffee so you can skate all day.”

Once you’re done skating you can check out San Jose’s famous Tech Interactive, which is just across the street from César Chávez. “It’s a supercool museum full of all this awesome tech stuff coming from Silicon Valley.” The three-story building houses a range of fascinating interactive exhibitions on everything from robotics and cyber-security to bioengineering and human anatomy.

As well as being a great place to skate, César Chávez has a great buzz about it, with food trucks and fountains, and being in the heart of downtown it’s ideally located for San Jose’s thriving restaurant scene.

“The best place around there is Pizza Flora, it’s a vegetarian/vegan pizza restaurant, and it’s awesome. They have a bunch of beers on tap, and the spaghetti and vegan meatballs are amazing.” 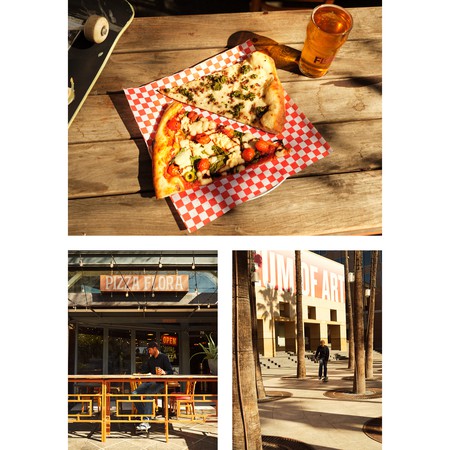 “Pizza Flora has a bunch of beers on tap, and the spaghetti and vegan meatballs are amazing.”

A short skate away you’ll find the MACLA art gallery. “Right in front of the gallery there’s a small plaza with a stage and these awesome granite marble ledges. You can skate all over it.” Inside, there’s also lots to see. “It’s an excellent Latino-American heritage art gallery, that shows the work of loads of great Mexican artists.”

Great skating spots aren’t limited to the city centre. You could make a day of it and skate the 9mi (14km) Guadalupe River Trail, which links downtown San Jose up to the shore of the San Francisco Bay. “It’s really scenic and runs along a nice riverbed. You can take it from one side of town all the way to the other, and the sidewalks are perfect for skateboarding. You see people biking on it and rollerblading. It’s a real friendly trail for sure.”

Given its thriving boarding scene, it’s unsurprising that San Jose has the kind of nightlife that appeals to skaters. “There is an amazing nightclub concert venue called the Ritz. It’s the kind of place where local bands would play when they’re first starting out and they do a bunch of video premieres there.” And then there’s the city’s insanely popular South First Fridays, which takes place in Downtown on South First Street. “The first Friday of every month, they close the entire road off. And it’s super cool. It’ll have a bunch of local vendors and a beer garden. There’s art and live bands playing.” 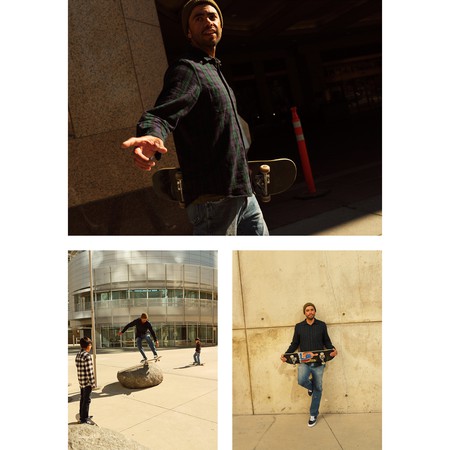 “San Jose City Hall has an art installation that’s made of a bunch of rocks, which are perfect to skate on.”

After a big night out, it’s time to get rolling again. And the first place to head is the San Pedro Square Market. “It’s an open outdoor market. There’s an amazing Italian restaurant, a brilliant barbecue restaurant, and an amazing seafood restaurant called Anchors. We go there to eat and drink and then just keep rolling. It’s perfect.”

From here, it’s a short skate over to San Jose City Hall. “It’s wide open. The building itself looks like R2-D2 from Star Wars, and the perimeter has an art installation that’s made of a bunch of rocks, which are perfect to skate on.” In other cities, skating in public spaces can often be a bone of contention. Not in San Jose. “They’re really cool with it, they don’t mind.” 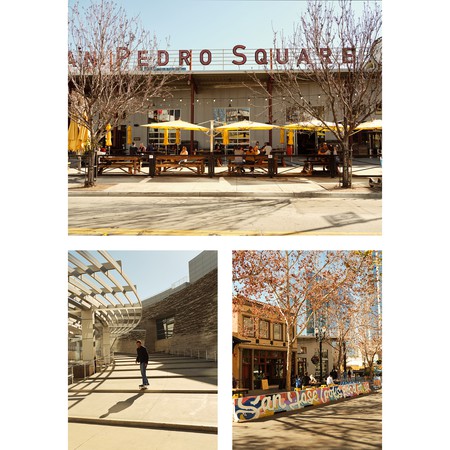 “We go to San Pedro Square Market to eat and drink and then just keep rolling. It’s perfect.”

Find out more and start planning your trip now by visitingvisitcalifornia.com/road-trips