Is it a bird? Is it a plane? No, it’s a restaurant? Discover California‘s fascinating restaurants that were converted from train cars, power plants, boats and more before being transformed into epic dining experiences. Prepare for hunger pangs!

Out for a late night on the Sunset Strip? Grab a quick bite in Hollywood’s legendary train-car burger and hot-dog joint, Carneys. This little restaurant is a staple of the area, serving a big crowd of customers every day and night since 1975. Their popularity is the result of fast service, friendly staff, and low-priced food, and most notably the novelty of dining in a train car. These attributes continue to draw in new faces, from locals to tourists alike. Stop in for one of their famous chili dogs, or take a look at their specials board to see what deals are on offer. A favorite with regulars is the burger and beer combo on Mondays. 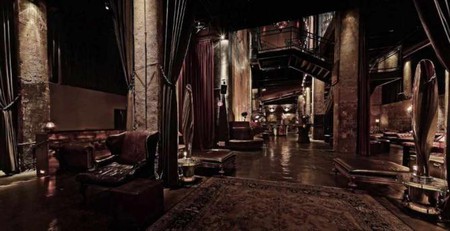 The Edison‘s enchanting style exhibits industrial, Gothic, and Art Nouveau influences. This unique restaurant is nestled in the sub-basement of a historic power plant in Downtown LA, once called the Higgins Building. While retaining architecture and mechanics from its industrial roots, the space incorporates artistic flair, reminiscent of LA’s nightspots like The Cocoanut Grove or Ciro’s. As a contributor to the restoration of Downtown’s Historic Core, The Edison almost acts as a museum, but with the welcome addition of fine dining and a diverse bar. They also feature live performances by up-and-coming musicians and bands, as well as performance artists Womack and Bowman. With dinner, drinks, dancing and more, visit The Edison for a perfect night out. 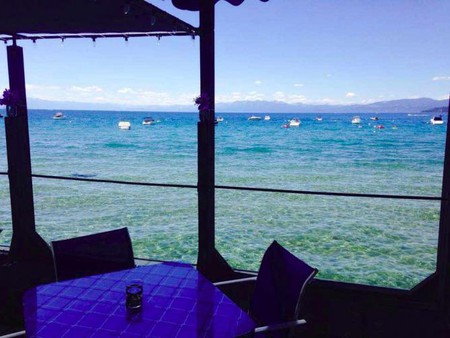 Overlooking the water of Lake Tahoe and the mountains beyond, Boathouse at Captain Jon’s offers guests a breathtaking view and an equally stunning plate of seafood. Enjoy one of their smoky orange blossom air cocktails, which is served with bubbly sparkling water over fresh dry ice to create a misty and alluring fog. Meat lovers should try their bacon wrapped stuffed crab meat, while veggie enthusiasts can feast on their house salad with heirloom tomatoes and onion. A view of the water never looked so good as it does when enjoying chicken piccata and a lavender lemon drop cocktail. Once a restaurant inside a boat at the end of the pier, converted into the comfort and stability of a boathouse, Captain Jon’s took over and made the place shine as bright as the water beside it. 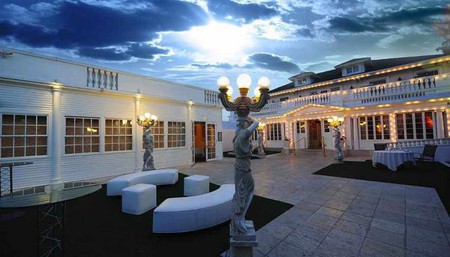 Anaheim White House Restaurant proudly proclaims to be ‘the only restaurant in the world that serves 1000 free dinners to homeless motel kids every night’. This restaurant with a social conscience has served 1 million free dinners to date. Alongside their generous donations to the homeless, this Italian steak house offer guests lavish decor and impeccable food, attracting customers from all over the world. Whether it’s a bistecca fiorentina with a glass of Italian red wine, or a lighter white wine with escargot, Anaheim White House takes great care with every dish and provides high-class service and a fine-dining experience like no other. The building itself was formerly privately owned and has now become a historic landmark, with the favorite martini of a previous inhabitant becoming a special in the restaurant. Anaheim White House has received several awards, including the Golden Sceptre, a prestigious award given by the Southern California Restaurant Writers association. 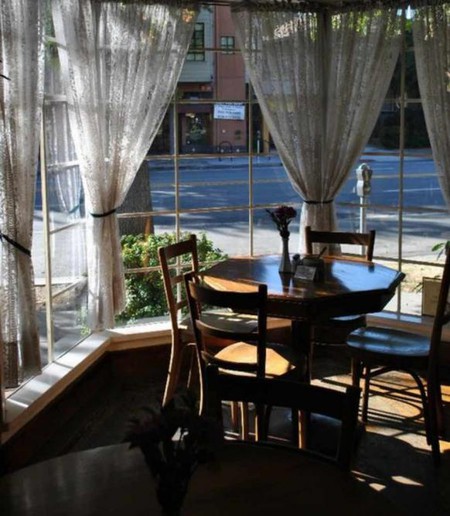 Known in Berkeley as ‘The Drunken Boat,’ Le Bateau Ivre has a friendly, relaxed atmosphere that is guaranteed to charm. It is the perfect spot for a weekend brunch, with its free samples of homemade biscotti and cookies, or an affordable dinner for the family on a weekday night. Once a Frenchman’s home, the historic building survived an earthquake in 1906 and was nearly demolished over 60 years later. Luckily, it was restored to the cozy, homey establishment it is today by the restaurant proprietors, Cooper and Giordano. Le Bateau Ivre serves large steaks in their entrée menu, as well as a plethora of mesquite grill delicacies. It has earned the nickname ‘The Drunken Boat’ as their beer, wine and liquor selection is enough to knock the boots off the toughest sailor on board. 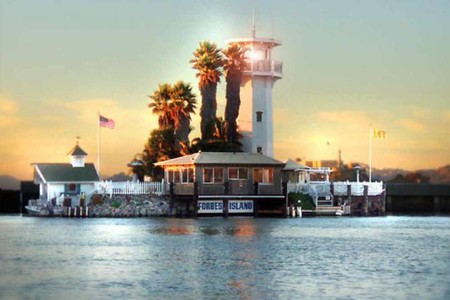 No need to go all the way to Disneyland for a fantasy experience; Forbes Island covers all the incredible sights one could desire, with a view of the San Francisco Bay, Downtown, Alcatraz, Coit Tower, and the famous Golden Gate Bridge. Whether in one of their underwater dining rooms or above in the lighthouse, nautical pleasures abound at this restaurant off the pier. Their sea-related decorations are reminiscent of the beautiful shining interior of the Titanic, without the danger of being aboard a ship of course. Try a fruity cocktail while at the island bar and watch the sea lions play in the water just feet away. Forbes Island is the ultimate adult enjoyment, providing that ‘kid in a candy store’ feeling for all adventure lovers and foodies visiting San Francisco.