Six Cranberry Cocktails That Are Essential for Summer 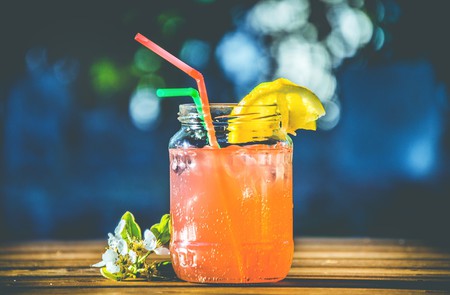 Having the right cocktail in hand is crucial to having a good time in the summer. If you’re not sure what to drink at your next backyard party or hot date, or if you’re just looking to make some fun concoctions, know this: cranberry juice is the way to go. Grab a bottle and start mixing up these six fruity cocktails.

First up, the Cape Cod. This refreshing cocktail is the safest way to go within the realm of cocktails. It is often referred to as a cranberry vodka; to be fair, that is the recipe. But next time you go to the bar, tell the bartender you want a Cape Cod. No, it’s not pretentious. It’s just nice to hear someone who knows their cocktails. The drink consists of one shot of vodka, cranberry juice and topped off with a twist of lime. Simple and tasty. 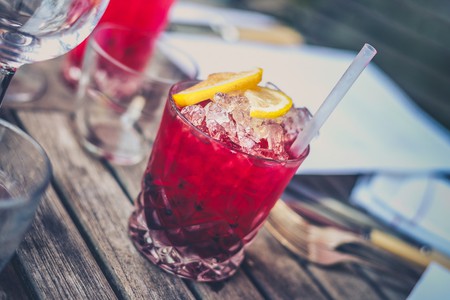 If you’re partying and looking for a shooter to start the night, ask for a Woo Woo. If the comedic name doesn’t draw you in, the sweetness will. It has a burn-free finish that leaves a peachy taste in your mouth. The shooter is so smooth that people often ask for it on the rocks; but ignore that, you’re looking for something to knock back. The drink contains a shot of vodka, half a shot of Peach Schnapps, and is topped off with cranberry juice. 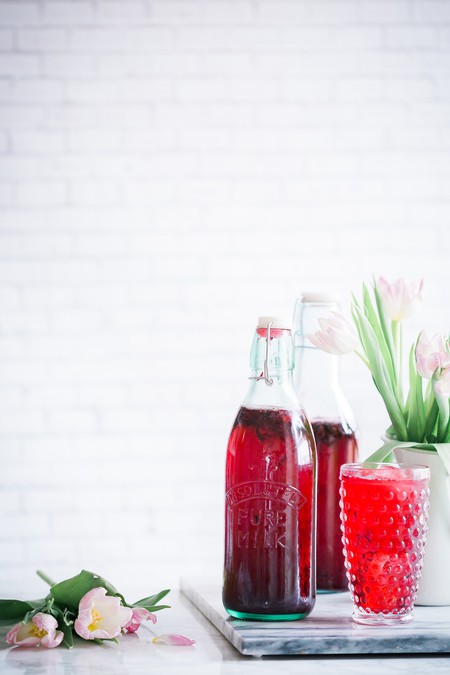 If you’re not a heavy drinker but are dying to try a cranberry cocktail that only tastes like juice, go with the Madras. The drink is pretty and goes well with hors d’oeuvres. Not to mention, it is a great addition to a summer party. You can make a batch in a large pitcher and serve over ice. The pink and red hues make it a bachelorette party favorite. Mix one shot of vodka and fill the cup with half orange juice and half cranberry juice.

Sex on the Beach

If you’re feeling sassy, opt for a Sex on the Beach. The sweet taste of peaches and orange juice mix together perfectly. The drink consists of one shot of vodka, half a shot of Peach schnapps, a twist of lemon, and finished off by filling the glass with equal parts cranberry and orange juice. If you’re concerned about visual appeal, pour the orange juice first; it has a higher density which means the cranberry won’t completely mix with it, giving your glass a summery color gradient.

The Bay Breeze is a favorite to those spending the summer soaking up the sun. It’s reminiscent of the coconut scents one finds at the beach. The taste of sweet pineapple juice and the bitterness from the cranberry juice make for the perfect blend. This drink is often served on ice, but it can also be blended into a tasty slushy. The drink contains one shot of vodka, half a glass of pineapple juice, and cranberry juice. 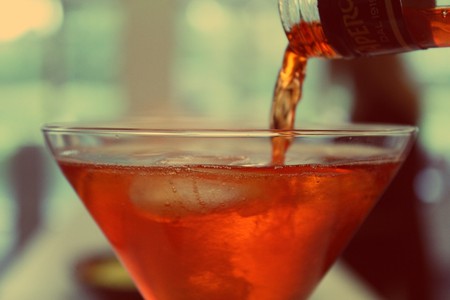 Finally, the Cosmopolitan. This is for all the folks wanting to look classy while hitting the hooch. Made popular due to the fact that it was Carrie Bradshaw’s poison of choice on 90’s hit TV show Sex and the City, his drink requires a little more work than the rest, but it will be worth it. Add two shots of vodka to a shaker, one shot of Triple Sec, one shot of cranberry and half a lime, squeezed. Shake and strain into a glass. Fancy.