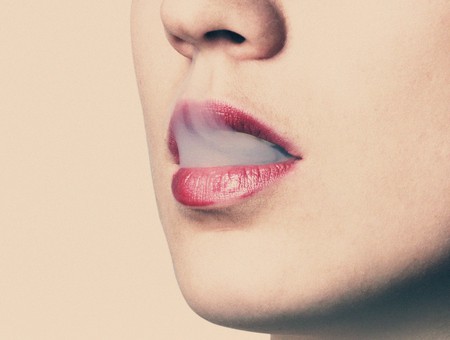 As Cannabis laws loosen, U.S. innovators are tweaking strains to invent products primed for the self-care market. Case in point: California-based company hmbldt, whose team of scientists finessed the plant’s compounds until they hit on a six-formula collection able to address all aspects of well-being. Their most recent creations tackle your sex life, aspiring to enhance sexual arousal without getting you super-duper high.

When hmbldt’s team of weed scientists develop a new formula they start by investigating marijuana’s long and extensive history as a wellness aid — a legacy that extends to ancient India, when early yogis would partake before practice and a chillum pipe was the essential tool for tantric sex. In fact, the latter was the specific inspiration behind arouse and passion, the company’s two sensuality-centric products released last month.

Samantha Miller, hmbldt’s Chief Science Officer, set out to create a product that could enhance sexual experience rather than tackling disfunction. By researching people’s responses to CBD and THC dominant strains (which affect how psychoactive the weed is) and tweaking the terpene (flavor and scent compounds) Miller’s team developed two formulas that increase sociability, lower inhibitions and generally leave you feeling unwound and present.

“For women, being in the moment and letting go of the to-do list is especially important [to the sexual experience],” she notes. “It’s rewarding being a part of people having fun, and focusing on intimacy. All relationships can benefit from that.” 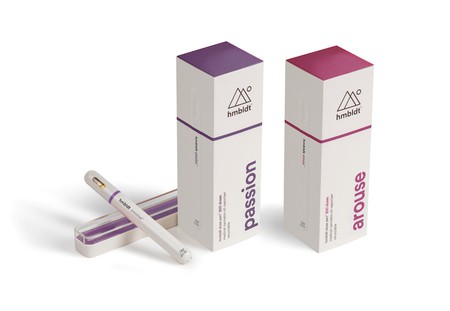 Sophie*, a 30 year old New Yorker getting married later this year, tried arouse as an alternative to cocktails on a Valentine’s night in with her fiancé. “Initially I just felt super chilled, but not in a stoned way—like after a really good glass of red wine,” she says. “Then it developed into this fun, touchy-feely stage where we were both giggly and tactile.”

Miller notes that dosage control—avoiding that intensely stoned feeling—is important when trying to amplify weed’s aphrodisiac qualities. “In self-reported research a low dose of cannabis has 60-70 percent efficacy, and our product, with its dosage orientation, was a natural fit,” she says.

The hmbldt pen has been purposefully engineered to deliver the ideal dose by heating the contents to an optimal temperature and vibrating gently when you’ve inhaled precisely 2.25 MG of vapor. Smart, because there’s no surer way to put the kibosh on sexy time than by accidentally tumbling into that overly sleepy, stoned stage when only snacks and naps seem appealing.