Santa Barbara isn’t known as the American Riviera for nothing. The city’s selection of museums, art, music and easy-going way of life merit this title even without considering the numerous dining possibilities the Santa Barbara has to offer. From tacos to chowder, Santa Barbara and its rich cultural heritage won’t fail to disappoint you or your stomach. Here are our 10 great places to eat in the Californian city. 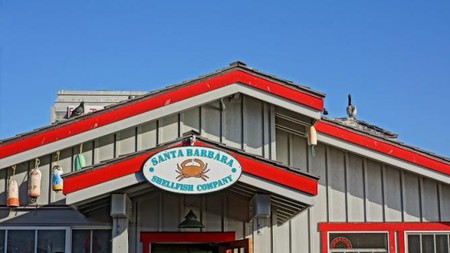 This chain of award-winning seafood restaurants is not to be missed on a visit to Santa Barbara, both because of the top-grade seafood and ideal location. Located on the pier at Stearns Wharf, the smell of the ocean reminds you just how fresh your meal is. There’s limited table seating at this branch of the Santa Barbara Shellfish Company, so we recommend getting a take-away and eating outside on the pier or at a nearby picnic table. They have recently opened two more branches; the FisHouse on Cabrillo and the Boathouse at Hendry’s Beach. 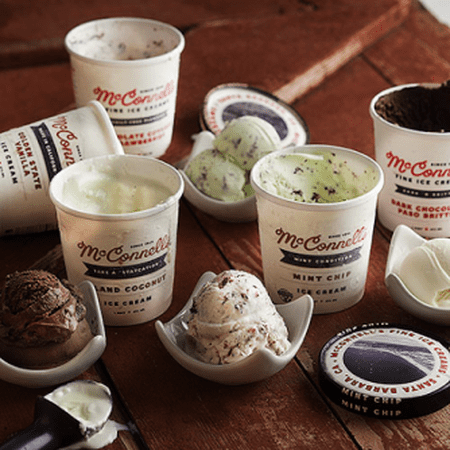 Making ice cream ‘in small batches, with big love’, McConnell’s has been serving up California’s finest frozen treats since 1949. Inspired by his first taste of ice cream in France after serving in WWII, Gordon ‘Mac’ McConnell and his wife Ernesteen started sourcing local ingredients and practicing new recipes before they opened their shop at State and Mission Streets. Their ice cream is free from any preservatives, stabilizers or additives, and flavors include eureka lemon and marionberries, double peanut butter chip, and dark chocolate paso brittle. 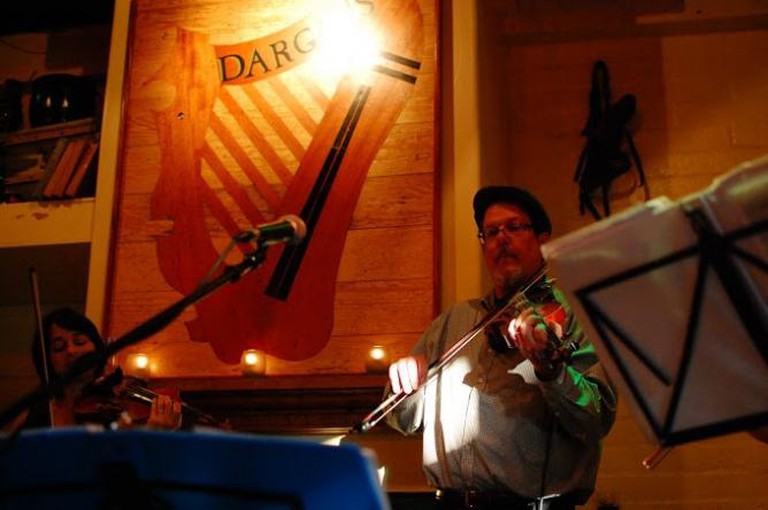 Dargan’s Irish Pub and Restaurant | © radargeek/Flickr
Dargan’s is a down to earth, no-nonsense, archetypal Irish pub. The food is excellent and only rivaled by the quality and quantity of the beer and cider collection. But what’s really special about this pub are the weekly performances by the ensemble group Dannsair, who perform an exciting blend of jazz, classical and traditional Irish melodies every Thursday at Dargan’s. If they really inspire you, you can always come back on a Tuesday for karaoke night and try your hand at performing.

This little hole-in-the-wall joint might not look like much from the outside, but La Super Rica serves some of the best Mexican food in California. It is so individual and un-corporate that it doesn’t yet have its own website, but since Julia Child of Forbes gave it the thumbs up, La Super Rica Taqueria has been garnering some serious attention. So get there while it’s still a quaint street shack, with food cooked to order and tortillas made fresh on site throughout the day. Ordering three plates to share will only set you back a handful of dollars, so the only real negative is the wait in line, as the queue often stretches down the block. 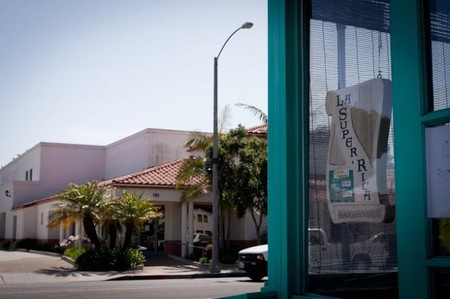 Looking out over the marina, life doesn’t get more Californian than lunch at Brophy Bros. They source their fish responsibly, and are a part of Santa Barbara’s Sustainable Seafood Efforts with a menu that is now 90% sustainable. Their recent drive towards being green also means that most of their produce is sourced locally, and the seafood is fresh from the ocean. Brophy Bros always sweeps the floor at awards ceremonies; at one point it had won every ‘Best Seafood Restaurant’ and ‘Best Clam Chowder’ award from The Independent and Santa Barbara News Press for 22 years. Their spicy bloody Marys are the perfect thing to wash down a plate of oysters in this buzzing restaurant. 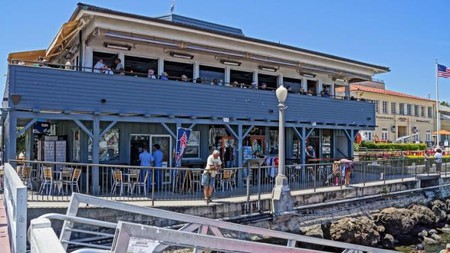 Fancy eating like American royalty? The Palace Grill has served food to five US Presidents and it’s not hard to see why people keep coming back. Its cheerful, attentive waiters, and nightly staff and guest sing-a-long, have won it the title of Santa Barbara’s Best Restaurant Service for over 25 years. The food blends classic American grills with southern specialties, and recent years have seen more of a Caribbean twist on the menu. The restaurant goes to extreme lengths to ensure the authenticity of its food, routinely flying its staff to New Orleans to ‘experience first-hand the magical quality of the city that has inspired the spirit of the Palace Grill’. 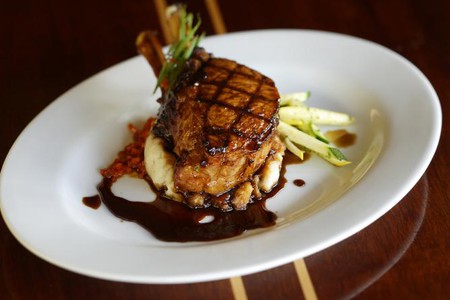 Restaurant, Italian, Mediterranean, Vegetarian, $$$
Facebook
Email
Twitter
Pinterest
Copy link
Share
Map View
Inspired by Italian pizzerias and wine bars, Olio Pizzeria is a casual and laid-back restaurant, hugely popular with Santa Barbara locals. It offers such a wide range of pizza toppings there’ll be something for everyone, and the selection of salads and starters means even pizza-haters will be able to find something to satisfy them. Following the Italian tradition, the menu also features a number of different bruschetta, salami and cheeses, so it’s also a great place for a mid-afternoon snack and refreshing glass of wine.

This unique little spot was a stagecoach stop in 1886, offering respite to weary travelers crossing the San Marco Pass. It’s located 15 minutes from Santa Barbara, and while your journey might be a little less treacherous than in the nineteenth century, the Cold Spring Tavern certainly feels like a step back in time. The owners, Joy and Wayne Ovington Wilson, have done all they can to preserve the rustic feel of the tavern, and with its remote location, fireplaces and wooden interior, it’s no wonder this was chosen as the best place for a romantic getaway in California. It serves breakfast, lunch and dinner, so is a great stop-off at any point on your journey.

Also located on Stearns Wharf, The Harbor Restaurant is one of the most picturesque locations to grab a bite to eat or a cocktail in Santa Barbara. With a wine list that has received the Award of Excellence from Wine Spectator Magazine for five consecutive years, you’ll be hard pressed to find a better place for a pre-dinner drink. If you can make it there in time for sunset, the view over the ocean is always beautiful, and provides a tranquil and relaxing end to a busy day. Both the Harbor Restaurant and Stearns Wharf were destroyed by fire in 1971, but since its rebuilding it’s never been a busier or more popular destination. This is one of owner John Scott’s seven restaurants in Santa Barbara, Goleta and Ventura, and his expertise is evident in the food and service at The Harbor Restaurant. 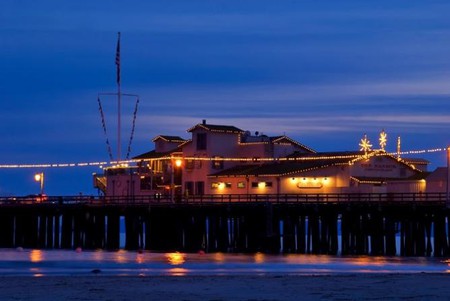 Bar, Restaurant, American, $$$
Facebook
Email
Twitter
Pinterest
Copy link
Share
Map View
The sheer number of Asian-fusion restaurants to be found in California can be overwhelming and sometimes unsatisfactory, but Opal carries off the blend of cuisines with style. Featuring food from places as far afield as the Pacific Rim and India, the chef manages to incorporate a variety of different influences to create a cohesive and accomplished selection of meals. The food is original, beautifully presented and of a consistently high quality, while the menu is updated regularly. It is a particularly good place for a holiday meal, as the staff at Opal go all out with festivities and decorations on special occasions. A lively place, perfect for an exciting first date.
Give us feedback